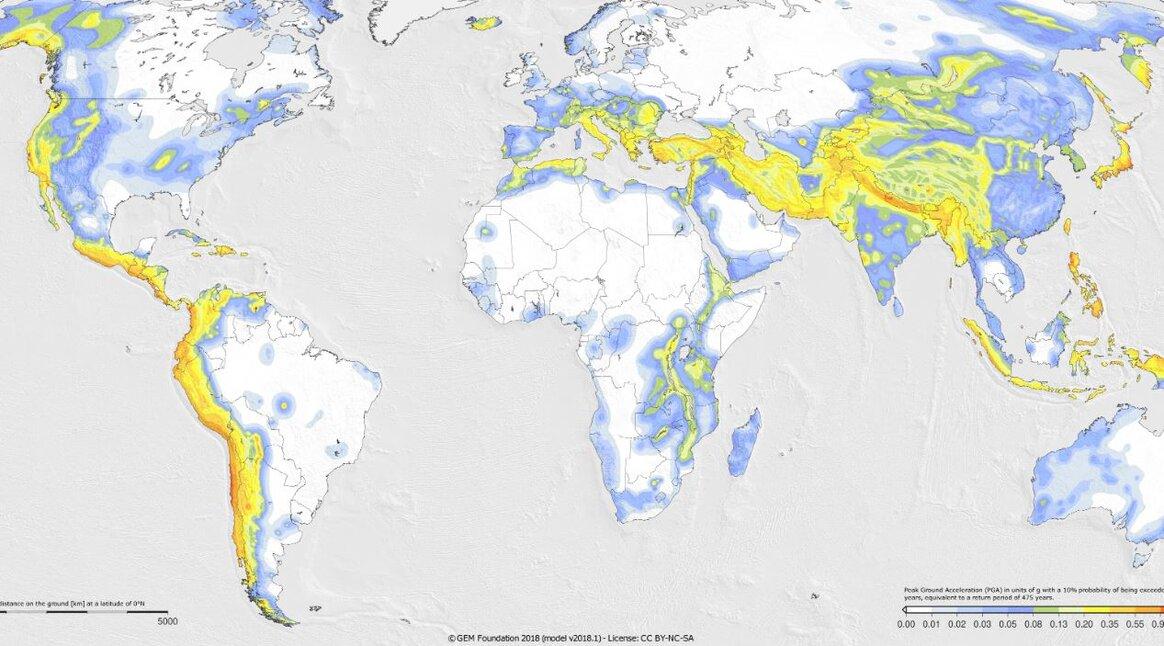 The models are composed of Arabia, the Caribbean and Central America, Indonesia, South America, Southeast Asia, Taiwan and South Africa, while the global digital products are composed of global comprehensive earthquake hazard, global exposure model and global vulnerability (buildings). The updated models are part of the Global Earthquake Hazard and Risk Models mosaic launched in December 2018. Almost all of the models and global digital products are open access and can be downloaded from GEM's new Products page.

“GEM believes that the availability and accessibility of reliable and updated risk information play a key role in good disaster risk governance. We are optimistic that the models and global digital products that GEM has released today will contribute to the development and improvement of national and regional earthquake risk reduction strategies.” John Schneider, GEM Secretary General.

Increasing exposure of critical infrastructure and economic assets has been the major cause of long-term increases in economic loss from disasters and shows that the economic incentives for building in many hazard-prone areas continue to outweigh the perceived disaster risks. This situation has been consistently observed in the national and regional hazard and risk data released by GEM today.

In the Andean region of South America, residential, commercial and industrial buildings are concentrated in areas susceptible to the mid-high probability of ground shaking due to earthquakes. This trend continues all the way to the Caribbean and Central America, and across the globe - in Southeast Asia.

“The release of GEM’s earthquake hazard and risk data for public access is a great example of how the world of science can contribute to the implementation of the Sendai Framework for Disaster Risk Reduction, helping to save lives and reduce damage to critical infrastructure around the world. This trove of data will guide public policy and strengthen national strategies for disaster risk reduction,” said Mami Mizutori, the UN Secretary-General’s Special Representative for Disaster Risk Reduction.

The seismic hazard, exposure, vulnerability and risk data can be used by risk managers, urban planners, emergency responders and humanitarian agencies for input to a wide range of disaster risk reduction activities including monitoring of the Sendai Framework indicators.

The models and global products were developed in collaboration with various public and private institutions, national governments, and individual experts, where possible, using GEM’s OpenQuake engine.

Open and free distribution of data, models and tools will continue to be at the core of GEM’s work, and will further strengthen its efforts to broaden their availability and accessibility. The second batch of hazard and risk models will be released in December this year.