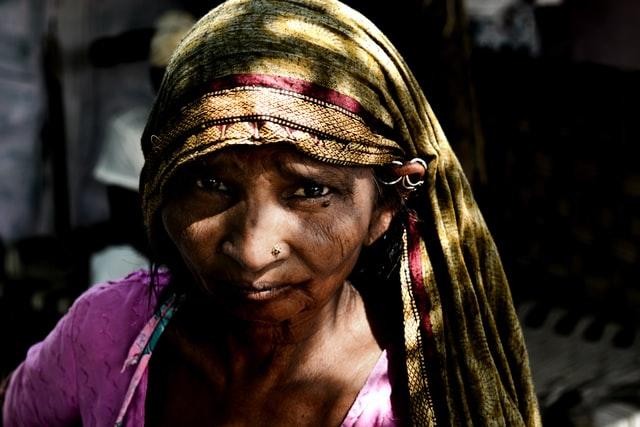 * Any views expressed in this opinion piece are those of the author and not of Thomson Reuters Foundation.

Migrant workers and slumdwellers have received little official help during the pandemic, but are finding their own ways to cope

As the months pass from the start of the COVID19 pandemic, the world is on a rapid learning curve about what, and who, really matters.

In developed countries, there has been a recognition that often low-paid staff in hospitals, nursing homes, supermarkets and home deliveries are "essential workers", and that the millionaires sitting at home under lockdown are not as important as they might have felt in the past.

At the same time, in the developing world, frontline communities - mostly living in the informal settlements of big cities - have been the most vulnerable, not only to infection by the virus but also to the restrictions imposed by police and national authorities.

In many cases, particularly in places like Delhi and Mumbai in India, migrant workers in those cities had no choice but to try to walk back to their places of origin, which in some cases was hundreds of kilometres away.

Other aspects of these frontline communities in developing-world cities are beginning to emerge too, and I would like to share a few of them. None are particularly new, but they have become much starker than before and can no longer be ignored.

The first lesson is that the number of migrants living in informal urban settlements who were not on anyone's radar was enormous. Since their livelihoods depended on earning a daily income, the COVID-19 shutdowns meant they could no longer pay the rent and were forced to leave the cities and head home.

Whether they will return once economies go back to some semblance of their pre-pandemic state is a big unknown. The flow of migrants coming in and out of cities needs to be better understood and engaged with. One obstacle to this is that local political leaders pay little attention to rural migrants as they are seldom voters.

The second lesson has been a clear demonstration of how self-help groups and local NGOs embedded in informal settlements enabled lockdown measures to be implemented without requiring police to enforce them. They were also helpful in providing medical and food support to families stuck at home.

This was demonstrated in slums like Dharavi in Mumbai and Korail in Dhaka. Supporting such community-based groups and organisations is something local and national authorities need to invest in going forward.

The third lesson is that the victims of both the virus and lockdown measures in many developing countries were - and still are - also the victims of the adverse impacts of climate change. This was vividly displayed when Super Cyclone Amphan hit Kolkata and Bangladesh, where despite excellent warning and evacuation to shelters, the social distancing required because of COVID-19 was almost impossible to maintain. We must all be better prepared for multiple emergencies in a future era of climate change.

The fourth lesson is how the pandemic has starkly exposed the enhanced vulnerability of young women and other particularly marginalised groups such as disabled people, especially under lockdown conditions, in a number of cities around the world.

In response to these observations, my colleagues and partners have started telling stories from grassroots groups that are taking action to help themselves and not just waiting to be helped.

We are calling these “Voices from the Frontlines” and will be publishing one story a week for the next year. The series so far includes stories from Mumbai, Dhaka, Fiji and The Gambia, with more to come over the next few months.

Insights from the collected stories will help to create an evidence base for the transformation and deeper shifts needed to realise a ‘new normal’ for local resilience in the face of future emergencies. Grounded in these stories and the insights they provide, we hope to shape a dynamic narrative to reposition the role of grassroots organisations in building a better future for the most vulnerable.

Facing twin crises of COVID-19 and climate change, refugees will suffer the most

The double whammy of Covid-19 and climate change

What does Covid-19 mean for people displaced by climate change?

Listening to the scientists – what can the climate change community learn from the relationship between science and policy in the Covid-19 crisis?

More about vulnerability in the age of COVID-19