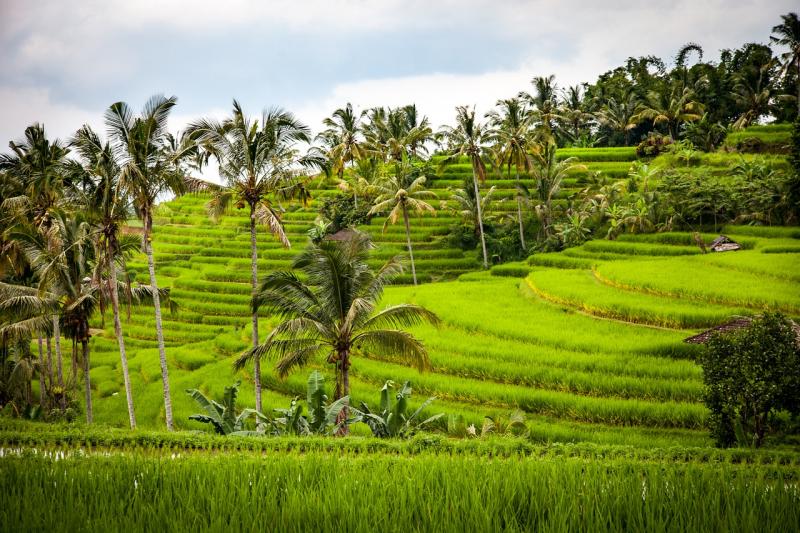 Satellites supply data about the condition of approximately 15 million hectares of land under rice cultivation. Insured famers can access compensation quickly in the event of crop losses.

Worldwide virtually no other food item is so widely cultivated as rice. Some 90 per cent of the world's rice is grown in Asia. Rice is thus not only the local population’s staple diet but also the main source of income for Asia's farmers. However, the entire region is plagued by extreme weather conditions such as floods or periods of drought that repeatedly wipe out entire harvests.

In 2013, the Allianz Re, the International Rice Research Institute (IRRI), the software company Sarmap SA, the Swiss Agency for Development and Cooperation (SDC) and the Deutsche Gesellschaft für Internationale Zusammenarbeit (GIZ) GmbH founded an initiative that is now assisting rice farmers and governments in Southeast Asia to monitor rice production using satellite data.

So-called SAR satellites scan and monitor some 15 million hectares of land under rice cultivation in Cambodia, India, the Philippines, Thailand and Viet Nam. SAR technology documents the time of planting, the area under cultivation, rice plant growth patterns and the anticipated yield.

SAR also enables droughts to be detected early, and the scale of possible flooding to be determined. This helps the authorities to respond quickly, for example by making rice seeds available for re-cultivation after flooding. The farmers also benefit when insurance companies make use of satellite data, as an insurance agent no longer has to come and inspect the damage on site. This means that instead of having to wait several months, farmers can now get compensation more quickly, giving them greater income security.