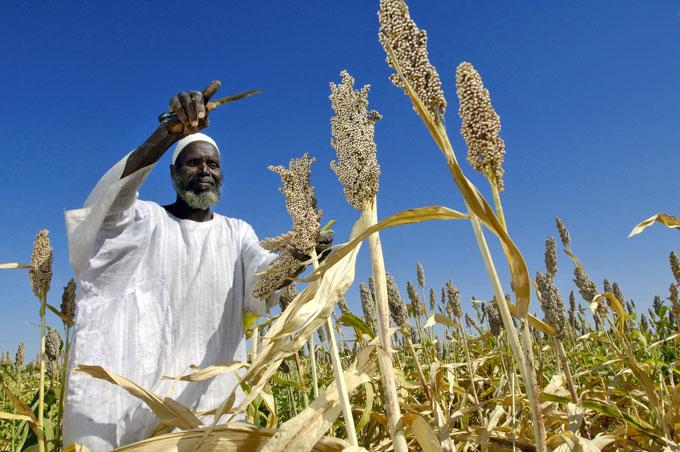 Agriculture in parts of sub-Saharan Africa must undergo significant transformation if it is to continue to produce key food crops, according to a new study published today in Nature Climate Change.

Maize, beans and bananas are most at risk according to the study, 'Timescales of transformational climate change adaptation in sub-Saharan African agriculture.'

The study examines region-by-region the likely effect of different climate change scenarios on nine crops that constitute 50% of food production in sub-Saharan Africa. The research is the first to allocate timeframes for changes in policy and practice in order to maintain production levels and avoid placing food security and the livelihoods of smallholder farmers at risk.

While six of the nine crops studied are expected to remain stable under moderate and extreme climate change scenarios, up to 30% of areas growing maize and bananas, and up to 60% of those producing beans are projected to become unviable by the end of the century. In some areas transformations will need to take place as soon as 2025. Transformation could mean changing the type of crop grown in the area in question, improving irrigation systems, or in extreme circumstances, moving away from agriculture altogether.

“This study tells where, and crucially when, interventions need to be made to stop climate change destroying vital food supplies in Africa,” says Julian Ramirez-Villegas, lead author of the study, working with the CGIAR Research Program on Climate Change, Agriculture and Food Security (CCAFS). “We know what needs to be done, and for the first time, we now have deadlines for taking action,” he adds.

Given that solutions such as breeding improved crops can take a minimum of 15 years to complete, the authors stress the need for immediate action.

“It can take decades to adjust national agricultural development and food security policies,” says Andy Jarvis, a co-author of the paper who leads CCAFS research on Climate-Smart Agricultural Practices. “Our findings show that time is running out to transform African agriculture. This will require not only increased funding but also a supportive policy environment to bring the needed solutions to those affected. We also need to ensure that the needs of women and marginalised groups are built into adaptation policies, to ensure they can be successfully implemented,” he explains.

The study goes on to develop geographically-specific investment priorities to enable adaptation in affected countries. These include:

Adaptation strategies will vary greatly across sub-Saharan Africa, given the highly different local contexts. Extensive research by CCAFS is already informing African governments and policymakers on the technologies and policies that can successfully help farmers to adapt to climate change in these countries.

For example, in Uganda, intercropping banana with coffee has been found to raise incomes by 50% and builds resilience to climate change impacts. In Senegal, climate information services are now available to over 7 million rural people, via SMS and radio broadcasts, helping them make better farming decisions. And across the entire region, the Drought Tolerant Maize for Africa initiative has benefited 30-40 million people in 13 African countries by raising their maize yields.