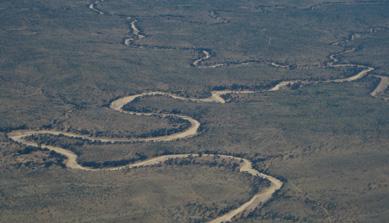 Stockholm - The world is missing a chance to eradicate hunger and poverty for billions of people living in regions with variable and scarce rainfall. Without improved management of rainwater, the future development goals currently being discussed are unrealistic, say leading scientists.

Some of the world’s leading water, environment and resilience scientists and experts today publish a call to the UN, saying that rain, and the way it is managed, is what will determine whether hunger and poverty can be eradicated in the world.

The call was made at the onset of World Water Week in Stockholm – the leading annual meeting place for water and development issues.

The scientists, including Professor Malin Falkenmark of Stockholm International Water Institute/Stockholm Resilience Centre andProfessorJohan Rockström of Stockholm Resilience Centre, are “deeply concerned that sustainable management of rainfall in water scarce regions of the world is missing in the goals and targets proposed by the UN Open Working Group on Sustainable Development Goals (SDGs) on Poverty (Goal 1), Hunger (Goal 2) and Freshwater (Goal 6).

More than two billion people live in some of the driest and poorest areas of the world, also home to the fastest growing populations. These regions depend on highly variable, unreliable and unpredictable rainfall. When it rains, it pours, making agriculture extremely challenging. However, over time these areas do receive enough rain, and with better methods of using the rainwater, food production could be drastically improved.

Attempting to eradicate global poverty and hunger without addressing the productivity of rain “is a serious and unacceptable omission”, and the Sustainable Development Goals as currently proposed “cannot be achieved without a strong focus on sustainable and resilient management of rainfall for resilient food production” the scientists say.

The signatories call upon the United Nations to add a target on rainwater management to any Hunger Goal in the Sustainable Development Goals, which are to be agreed on in 2015.

The signatories of the declaration are: