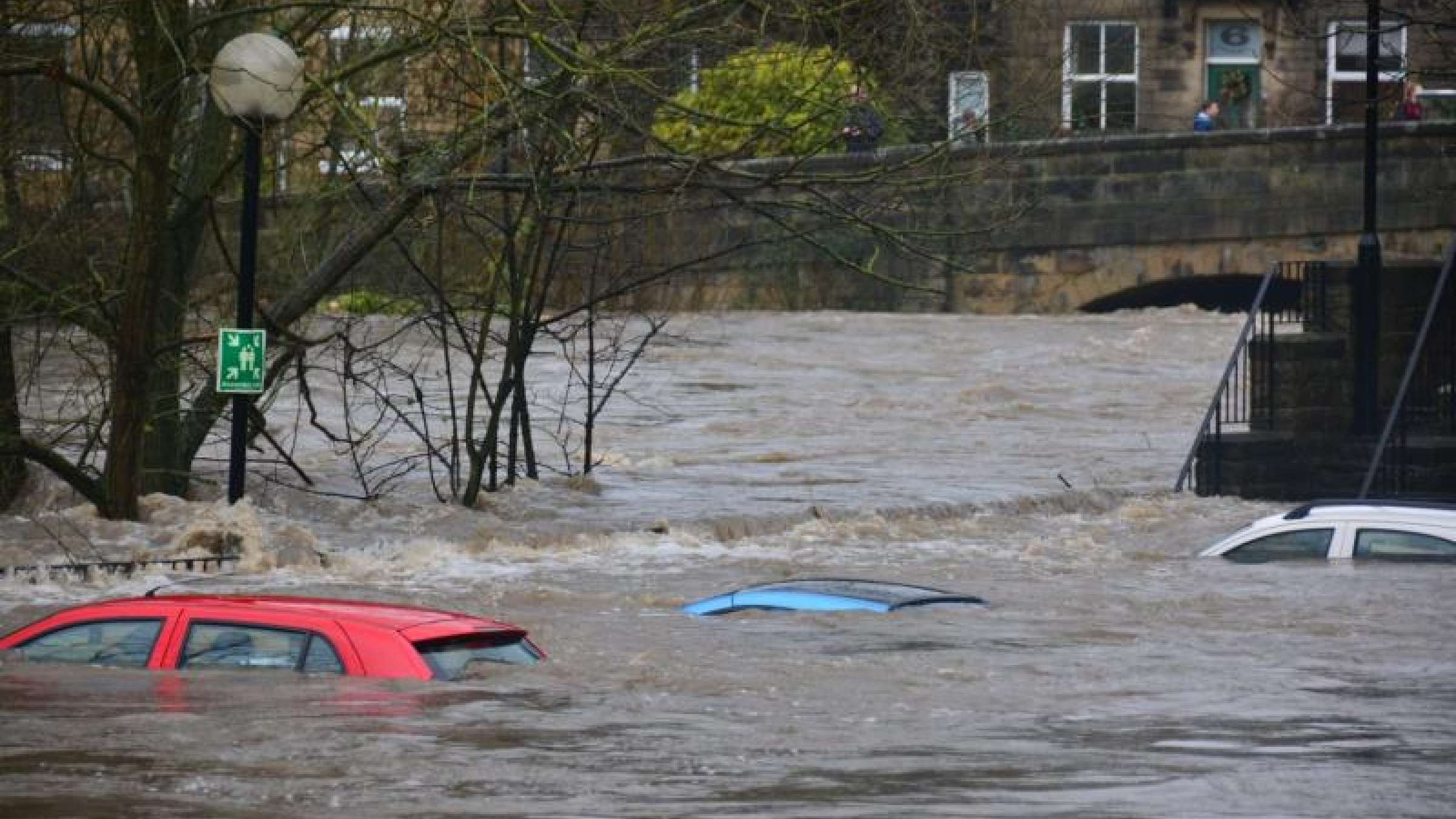 Torrential rain in the Midlands and North of England that saw half a month’s rain fall in one day caused such volumes of water to pass through the spillway of the Toddbrook Reservoir dam, above the town of Whaley Bridge in Derbyshire, that the protective concrete facing was damaged – badly enough to put the dam at risk of a full collapse.

Were the dam to fail this would be the first dam breech in the UK since 1925, when the Llyn Eigiau dam burst when its foundations failed in Wales, and its floodwaters overtopped the Coedty reservoir dam downstream, causing it to also fail and flood the valley at the cost of 16 lives. With emergency work underway and more rain forecast, this is still a very real possibility for the Whaley Bridge dam.

The dam above Whaley Bridge is an earthfill or embankment dam built in the 1830s using a mix of soil and gravel. The massive volume of water cascading down through the hills of Derbyshire’s Peak District from the heavy rain meant the floodwaters increased the reservoir water level up to the dam’s crest and onto the concrete spillway. Most dams are equipped with these concrete structures for the safe and controlled release of excessive flood water downstream.

Spillways are vital for the safety of earthfill dams: they are a hardy protective layer over the earth embankment itself, without which a sustained overtopping of water can wash away the entire dam very quickly. Overtopping of earthfill dams is strictly prohibited: waters should instead be channelled only through the concrete spillway. Earthfill dam failures from overtopping due to heavy rainfall have happened before, for example the Niedow earthfill dam break in Poland in 2010, where the dam was fully washed away in less than an hour. The spillway of the Oroville Dam in California also collapsed under a torrent of floodwater and required major repairs, although the dam survived intact.

When the spillway is damaged as at Whaley Bridge, the dam is essentially defenceless against further flooding. As rainfall continues, these holes can become larger, further eroding the dam body and weakening its strength against the force of the reservoir water behind it.

Battling the forces of nature

It should be clear then that earthfill dams are extremely vulnerable without the protection of their spillways. At almost 50 years old, the thin grey line of concrete protecting the town of Whaley Bridge from the reservoir just a mile away has reached the end of its life. To fail to invest in and maintain these structures is reckless.

In this case, images of the damaged spillway may point to lack of enough maintenance. Drone footage shot by Miles Haslam in 2016 shows plants and grass growing on the surface of the spillway. This suggests the concrete surface may have already been cracked, or even that the foundation of the concrete spillway had been undermined, allowing plant life to grow.

Concrete surfaces must be maintained and kept smooth and clean, without any cracks or holes. With water pouring across the spillway at very high speeds of up to 60-70 miles per hour, any small crack or hole will be subject to tremendous forces that will accelerate erosion damage. This is similar to the damaging effect of hitting a pothole in the road when driving at high speeds.

Earthfill dams are the most common type of dams, in Britain and also worldwide, due to the easy availability of soil and gravel materials and their cheaper construction costs. Around 80% of dams worldwide are of the earthfill type. According to British Dam Society there are around 3,000 earthfill dams of varying sizes in the UK.

Given the Whaley Bridge dam incident, it’s essential that these dams are rigorously inspected to monitor the structural condition of their spillways and their water discharge capacity. The normal lifetime of concrete structures such as these is around 50 years, beyond which they should be either be extensively rehabilitated, or decommissioned. The intense flooding seen in recent years in the UK and worldwide may suggest that the maximum flood discharge capacity for which these dam spillways were designed has been exceeded, and they must be upgraded, or new spillways added.

It is absolutely clear from data of dam failures in the UK and worldwide that the most common cause is overtopping of the dam due to the spillway’s inadequate capacity to discharge floodwaters, due to damage or design. The lesson from Whaley Bridge dam is that the maintenance of dam spillways cannot be ignored – in any circumstances or at any cost.