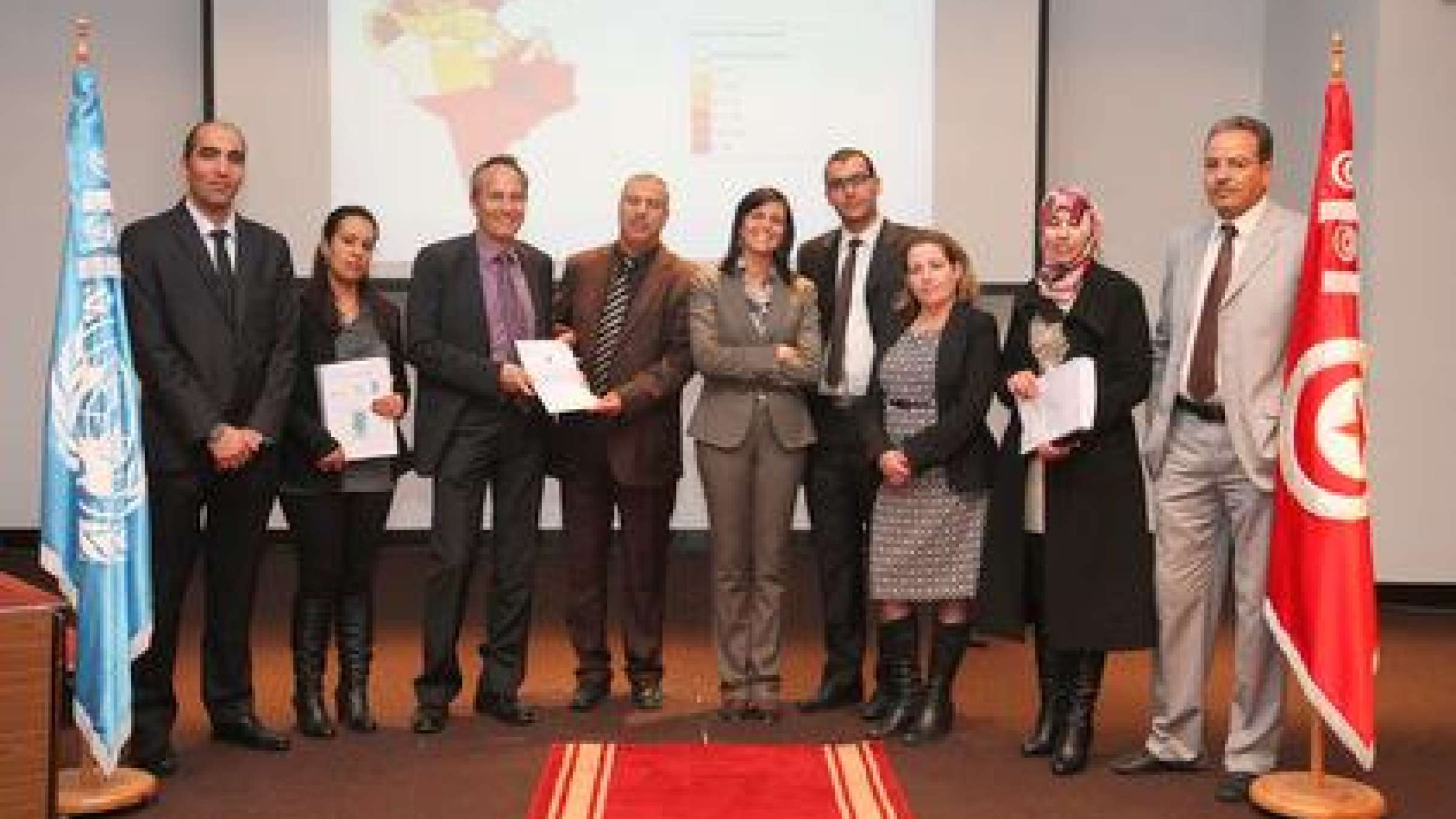 TUNIS, 2 December 2013 – Tunisia has taken an important step to strengthen its national disaster management with the establishment of a new disaster loss database

The comprehensive nature of the database will enable Tunisia to analyse disaster trends and their impacts in a systematic way. It will also act as a baseline against which the effectiveness of risk reduction initiatives can be judged.

Tunisia’s Secretary of State at the Ministry of Equipment and Environment, Mr. Sadok El-Amri, hailed the achievement. “These disaster losses are a real threat to our sustainable development and a game-changer. We have to do more to reduce risks and make our country more resilient against current and future hazardous events and catastrophes,” he said.

Over the past 30 years Tunisia has experienced 2,495 disasters that caused 1,075 deaths, with assessed economic losses of US$ 756 million. The disasters destroyed 17,821 houses and damaged another 24,728.

“The database now enables the true impact of disaster to be known. This is major progress indeed,” said Mr. Lars Bernd, UNISDR Regional Programme Officer. “Previously, the international EM-DAT database had only recorded 20 natural disasters for Tunisia since 1900. The new national database reveals that disaster losses are much more higher than previously thought.”

Tunisia became the ninth out of 22 countries in the Arab region to establish a national database for disaster losses. Djibouti, Egypt, Jordan, Lebanon, Morocco, Palestine, Syria, Tunisia, and Yemen are the others.

The forum also reviewed Tunisia’s progress against the Hyogo Framework for Action on disaster risk reduction (HFA). A commitment to establish a national platform for disaster management was made in 2012 and efforts are ongoing to update institutional and regulatory frameworks.

With regard to Tunisia and globally as part of a post-2015 framework for DRR, participants emphasized the importance of civil society organizations and private sector and said the following needed to be improved: implementation capacity, meeting the needs of vulnerable groups and empowering women’s leadership.

Tunisia’s HFA institutional focal point, the Ministry for Equipment and Environment, organized the workshop, with support from UNDP and UNISDR.

A team of four data collectors worked in all of Tunisia’s regions under the leadership of Coordinator Mr Ben Jemmia. The database will be hosted at the Ministry of Equipment and Environment.

The establishment of the disaster loss database benefited from UNISDR's technical support since August 2012 and was financed by the Swedish International Development Agency (SIDA) as part of the Regional Initiative for the Assessment of Climate Change Impacts on Water Resources and Socio-Economic Vulnerability in the Arab Region (RICCAR).

This initiative is coordinated regionally by the United Nations Economic and Social Commission for West Asia (ESCWA). UNDP Tunisia contributed financially to the consultation process at national and local level.