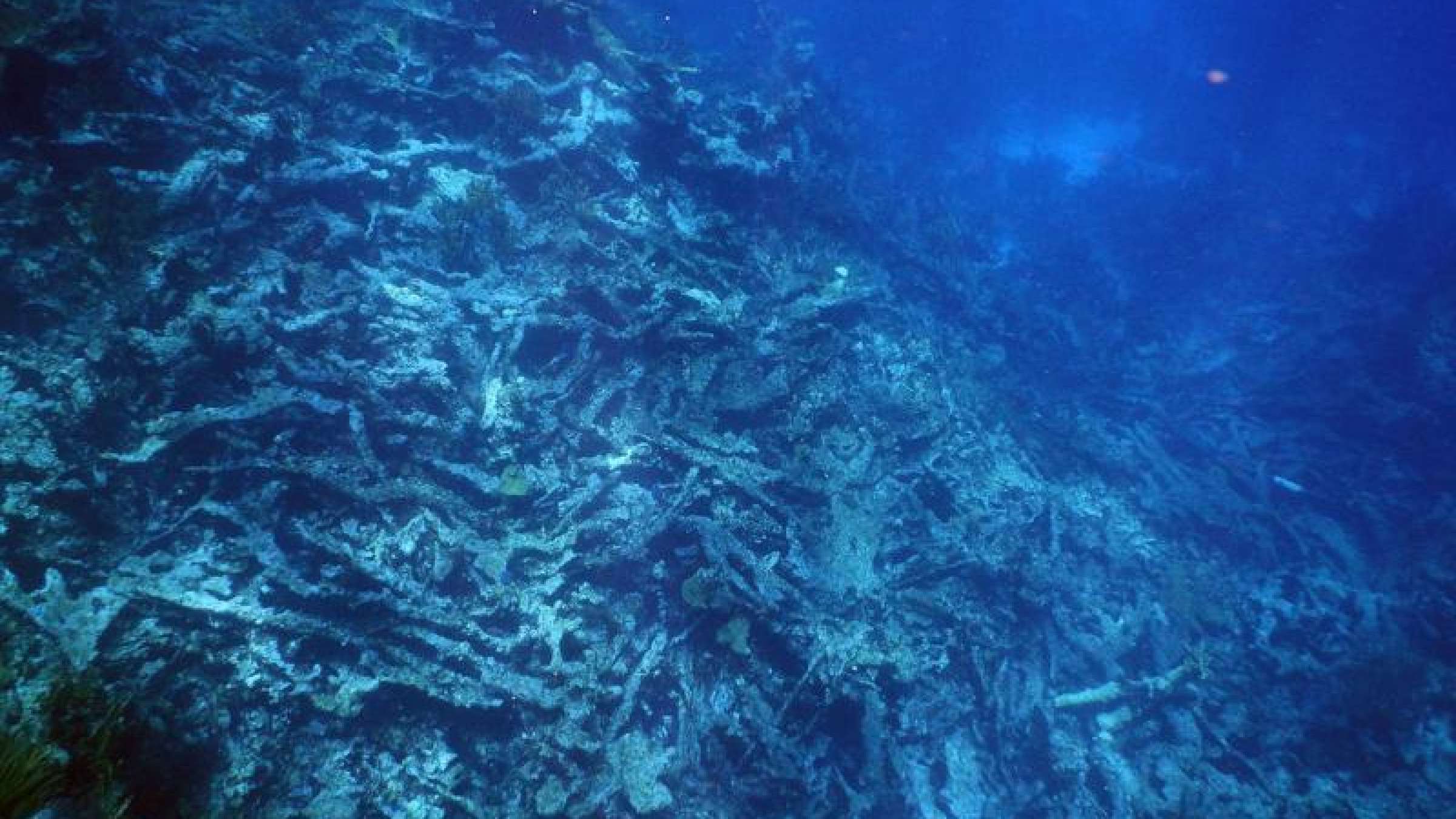 In the first ecosystem-wide study of changing sea depths at five large coral reef tracts in Florida, the Caribbean and Hawai’i, U.S. Geological Survey researchers found the sea floor is eroding in all five places, and the reefs cannot keep pace with sea level rise. As a result, coastal communities protected by the reefs are facing increased risks from storms, waves and erosion.

In the Florida Keys, the U.S. Virgin Islands and Maui, coral reef degradation has caused sea floor depths to increase as sand and other sea floor materials have eroded over the past few decades, the USGS study found. In the waters around Maui, the sea floor losses amounted to 81 million cubic meters of sand, rock and other material – about what it would take to fill up the Empire State Building 81 times, the researchers calculated.

As sea levels rise worldwide due to climate change, each of these ecologically and economically important reef ecosystems is projected to be affected by increasing water depths. The question of whether coral colonies can grow fast enough to keep up with rising seas is the subject of intense scientific research.

But the USGS study, published April 20, 2017 in the journal Biogeosciences, found the combined effect of rising seas and sea floor erosion has already increased water depths more than what most scientists expected to occur many decades from now. Other studies that do not factor in sea floor erosion have predicted seas will rise by between 0.5 and 1 meter, or between 19 inches and 3 feet 3 inches, by 2100.

“Our measurements show that seafloor erosion has already caused water depths to increase to levels not predicted to occur until near the year 2100,” said biogeochemist Kimberly Yates of the USGS’ St. Petersburg Coastal and Marine Science Center, the study’s lead author. “At current rates, by 2100 sea floor erosion could increase water depths by two to eight times more than what has been predicted from sea level rise alone.”

The study included areas of the reef tract in Florida’s Upper Keys and Lower Keys; looked at two reef ecosystems, St. Thomas and Buck Island, in the U.S. Virgin Islands; and also included the waters surrounding Maui. The researchers did not determine specific causes for the sea floor erosion in these coral reef ecosystems. But the authors pointed out that coral reefs worldwide are declining due to a combination of forces, including natural processes, coastal development, overfishing, pollution, coral bleaching, diseases and ocean acidification (a change in seawater chemistry linked to the oceans’ absorption of more carbon dioxide from the atmosphere).

For each of the five coral reef ecosystems, the team gathered detailed sea floor measurements from the National Oceanic and Atmospheric Administration taken between 1934 and 1982, and also used surveys done from the late 1990s to the 2000s by the USGS Lidar Program and the U.S. Army Corps of Engineers. Until about the 1960s sea floor measurements were done by hand, using lead-weighted lines or sounding poles with depth markings. From approximately the 1960s on, most measurements were based on the time it takes an acoustic pulse to reach the sea floor and return.  The USGS researchers converted the old measurements to a format comparable to recent lidar data.

They compared the old and new sets of measurements to find the mean elevation changes at each site. The method has been used by the U.S. Army Corps of Engineers to track other kinds of sea floor changes, such as shifts in shipping channels. This is the first time it has been applied to whole coral reef ecosystems. Next the researchers developed a computer model that used the elevation changes to calculate the volume of sea floor material lost.

They found that overall, sea floor elevation has decreased at all five sites, in amounts ranging from 0.09 meters (about 3 ½ inches) to 0.8 meters (more than 2 ½ feet). All five reef tracts also lost large amounts of coral, sand, and other sea floor materials to erosion.

“We saw lower rates of erosion—and even some localized increases in seafloor elevation—in areas that were protected, near refuges, or distant from human population centers,” Yates said. “But these were not significant enough to offset the ecosystem-wide pattern of erosion at each of our study sites.”

Worldwide, more than 200 million people live in coastal communities protected by coral reefs, which serve as natural barriers against storms, waves and erosion. These ecosystems also support jobs, provide about one-quarter of all fish harvests in the tropical oceans, and are important recreation and tourism sites.

“Coral reef systems have long been recognized for their important economic and ecological value,” said John Haines, Program Coordinator of the USGS Coastal and Marine Geology Program. “This study tells us that they have a critical role in building and sustaining the physical structure of the coastal seafloor, which supports healthy ecosystems and protects coastal communities. These important ecosystem services may be lost by the end of this century, and  nearby communities may need to find ways to compensate for these losses.”

The study brought together ecosystem scientists and coastal engineers, who plan to use the results to assess the risks to coastal communities that rely on coral reefs for protection from storms and other hazards.