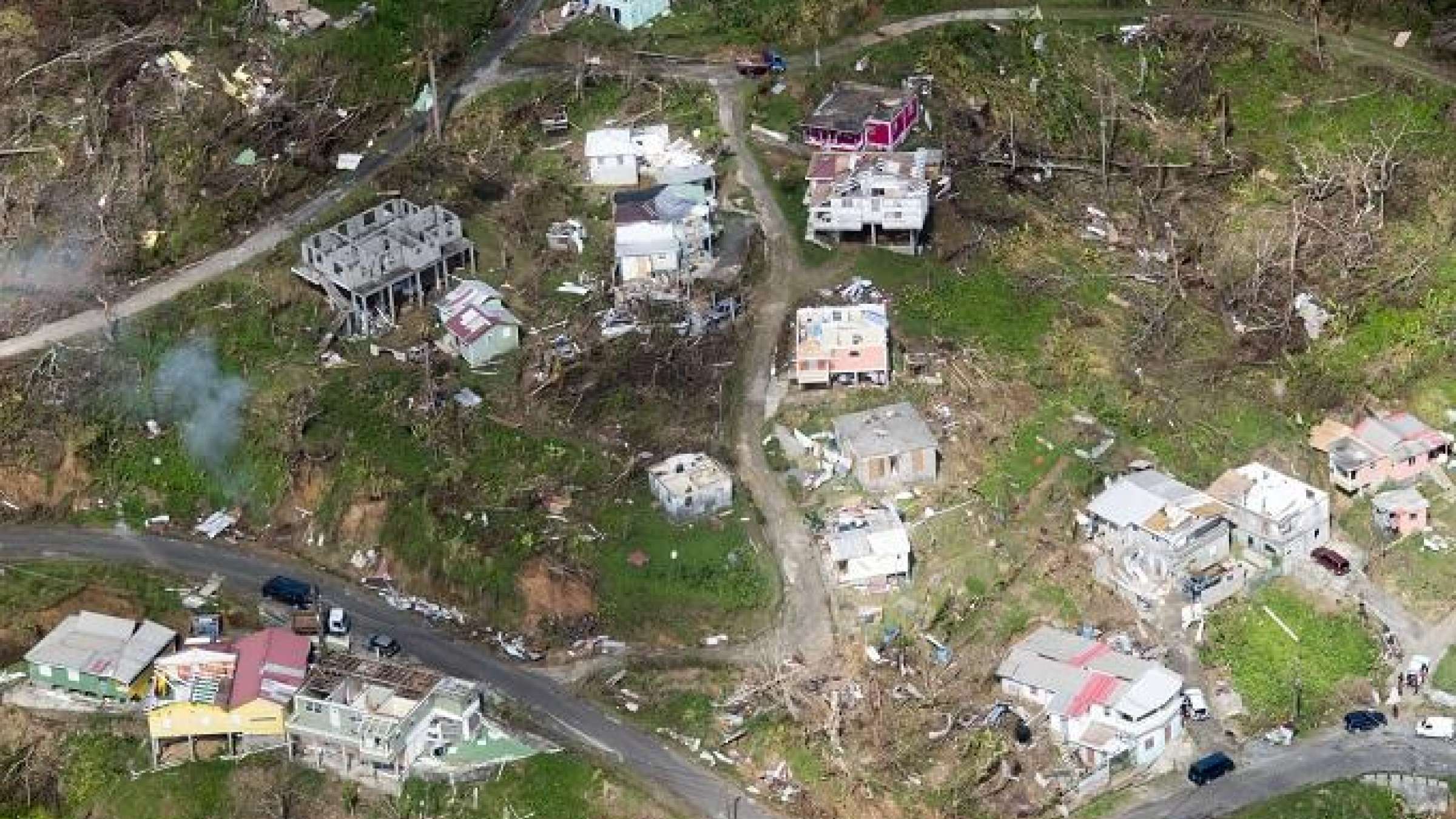 Many people have probably only heard of Dominica in passing. Most would confuse this tiny Caribbean island with the Dominican Republic, its larger sister to the northeast. Still, some might remember Hurricane Maria slamming through Dominica in September before the news channels filled with the devastation that Maria then wrought on Puerto Rico.

As I flew into Dominica in the hurricane’s aftermath, the land looked like a cat that had been backcombed: ragged, jagged, unnatural. The green grass couldn’t disguise the fact that most trees had no leaves. Had it been black, you would have thought a forest fire had ripped the natural cover away.

The wind has done surreal things to the island. I passed a house that had literally exploded from the inside. The wooden structure of a barber's shop was reduced to colourful matchsticks on the ground. Yet two stools for clients to sit on still stood up tall amongst the rubble. At a car dealership hit when the river burst its banks, vehicles stuffed with mud and foliage like metallic Christmas turkeys had been thrown into the front wall of a building across the road. I saw a metal shipping container that looked like it had been crushed like a matchbox in a giant hand, warped and burst open at the joints. This is not my first hurricane, but it is probably the most obvious display of the wind’s sheer power that I have ever seen.

Through its Joint Unit with the UN Office for the Coordination of Humanitarian Affairs, UN Environment seconded two experts in disaster waste management from its response partners, the European Union Civil Protection Mechanism and the Swiss Agency for Development and Cooperation, at the request of the government of Dominica and the Caribbean Disasters and Emergency Management Agency. The two UN agencies share experience in response to the hazards presented by disaster waste, especially hazardous and chemical waste released by disasters. They also provide support to the health sector, which often faces increased volumes of medical waste after an emergency while hospital infrastructure such as incinerators and sanitary cells may be damaged. The environmental experts of our partners also help us to reduce the risk of dangerous pollution from debris, which sometimes contain old material such as lead and asbestos that is hazardous to the health of survivors.

Maria has left behind a trail of devastation on Dominica, a mountainous nation of just 750 square kilometres that was also hit hard by Tropical Storm Erika in 2014. There is an enormous quantity of building debris, as well as household waste, metal from wrecked vehicles and a surge of medical waste from hospitals and health posts. These all pose major risks to human health, since without appropriate management, they can contaminate water supplies, become sites where vermin breed as well as pose an accident risk, to children and people with disabilities in particular.

When the extra waste from such a large disaster hits the waste management system of such a small country, the environmental and health impacts for survivors can be huge. Without fast action, people usually begin to rebuild in "survival mode," dumping waste wherever they can, burning it even when it is dangerous to do so or abandoning it in places that might contaminate water supplies. Dominica has always been the Caribbean’s "Nature Island," where people have been accustomed to drinking from springs. With a population of only 73,000, it has been fairly safe to do so. If disaster waste is not controlled, that relationship with nature could become their biggest vulnerability.

For example, due to lack of options, a large amount of waste has been left in a school playground. Originally intended as a staging post to sort waste out for appropriate disposal, the system appears to have broken down, with a dump now as high as the school towering up and threatening to collapse. UN Environment and its partners are working with the government to restart the waste management system, deal with the accumulated waste and contribute to Dominica's recovery.

Over the longer term, Dominica will need support to develop specific disaster waste management plans for future hurricanes, change its culture of waste management, rebuild with greater disaster resilience and find ways to use its natural capital as a buffer against hurricanes. There is still a long way to go.

After a disaster like this one, the accent will always be on search and rescue, providing shelter and food. But without specialist support from UN Environment and its partners to reduce the risk of people being exposed to environmental hazards in the air, in the water, in public spaces or in next year's harvest, that relief effort will be undermined and the legacies of Hurricane Maria could be longer and more insidious than we imagine.

Pollution is the theme of the 2017 UN Environment Assembly, which is gathering in Nairobi from 4-6 December.