One Resilient Team: Replanting mangroves to combat flood risk in the Philippines 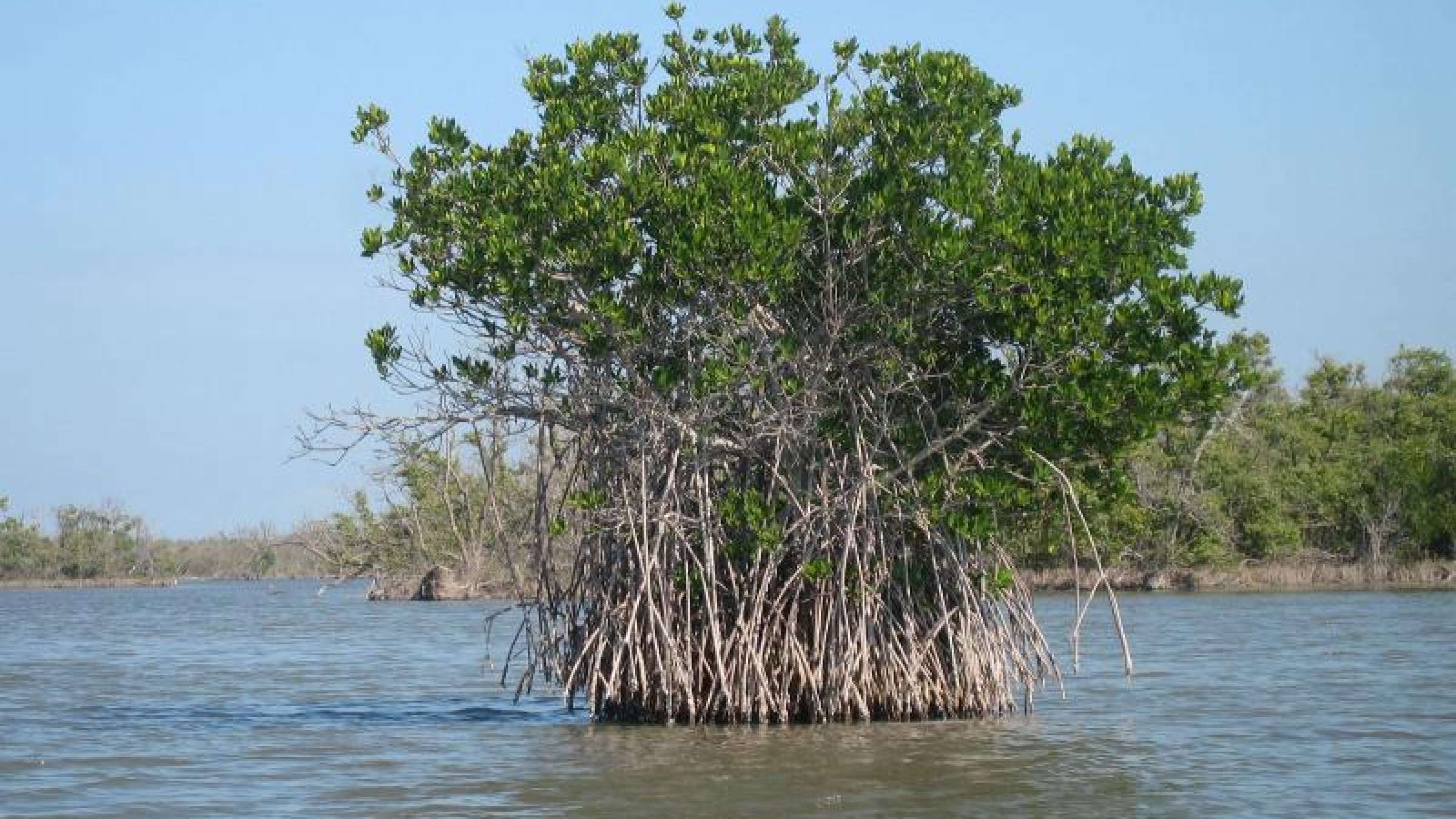 By Simone Verkaart and Ida Gabrielsson

Annually, typhoons batter the Philippines, but the replanting of proper mangrove species can help lessen the effects of these storms.

In 2013, Typhoon Haiyan hit the Philippines- killing over 6,000 people. Diosdado Dagandan was in his garden in Nula-Tula, near Tacloban City, when Haiyan hit. He remembers hearing a loud sound and then seeing the big wave just before it reached his house: “I went straight to our house and grabbed my wife. I told my wife, ‘We need to get out of here or else we’ll be dead.’ I really saw a huge wave coming. Right after we got outside our home, in just less than 5 seconds, the wave was already there and the water kept on rising quickly.” Dagandan was able to swim, holding onto his wife, and they both survived.

Flood risk in Tacloban is exacerbated by gaps in the coastal green belt, and in the wake of Typhoon Haiyan the experiences of people in coastal communities made the local government see the value of mangrove forests. Mangrove can decrease the height of waves by up to 66%. They can help protect coastal communities from tsunamis and flooding, they dampen the effects of extreme events and provide many other benefits for coastal communities.

“We thought that it was the end of the world for us, because most people live in coastal areas. But there were others who were saved because of mangroves. The many testimonies from these coastal residents, which convinced us that planting resilient mangrove species along the coastlines can save properties and even lives,” says Marito Barillo of Tacloban City government.

One Architecture, a firm based in New York and Amsterdam, is collaborating with its partners, the Philippine Reclamation Authority (PRA), the Asian Institute of Management, and Wetlands International as “One Resilient Team” to combat flood risk in the Philippines. The project began in 2017 and takes place in Tacloban City, an area that was devastated by Typhoon Haiyan.

The One Resilient Team aims to move from plans to action by filling in the gaps in Tacloban’s green infrastructure to improve coastal protection while incentivising communities to protect and maintain reforested areas. It builds on the Tacloban Coastal Protection Strategy, which combines nature-based with infrastructural solutions to render the area ‘future proof’. It provides options for a range of measures consisting of a unique combination of maintenance and restoration of mangroves and other ecosystems, alongside infrastructural responses, following the Building with Nature philosophy.

The project is implemented and led by local government partners in close coordination with Barangay leaders and People Organizations. Empowerment of the Barangay and People’s Organization supports inclusive-decision making and ensures the perspectives of vulnerable communities are taken into account.

The dark side of mangrove replanting

Wetlands International recently reported that although mangrove planting is hugely popular, many efforts fail to establish sizeable, diverse, functional, and self-sustaining mangrove forests due to weak or no involvement of the community, mono-species planting, and poor choice of location.

In the Philippines, mangrove-replanting efforts are particularly extensive and have received millions of dollars since Haiyan. Activities have focused on replanting existing mangroves on the seafront, which are seldom successful, because planting takes place in water that is too deep or the species used are not typhoon resistant, but popular and easy to propagate and plant. This a dark side of mangroves is rarely talked about as money is wasted on non-sustainable, non-typhoon resistant mangrove replanting efforts.

Arne Jensen of Wetlands International says: “There is a learning curve here, if you try to adopt or copy nature – planting the right front species – it will survive. But if you manipulate nature and choose the wrong [non-typhoon-resistant] species, then there is almost a 100% guarantee that when you have a strong typhoon like Haiyan, it will die and not recover.” These quick-fix replanting efforts are driven by budgets and seedling targets and will not enhance coastal protection.

The One Resilient Team actively engages in a process of science-driven mangrove and beach forest restoration. The local government works together with civil society and academics who support the proper planting of mangroves leading to sustained results. They also aim to restore converted abandoned fish ponds by replanting mangroves.

The reversion of fish ponds is controversial because of its tenurial aspects, with tenure either held by private actors or a variety of government agencies with various sometimes overlapping mandates. However, reversion is needed to fill the gaps in the coastal greenbelt. According to Dr. Jurgenne H. Primavera, chief mangrove scientist advisor for the Zoological Society of London-Philippines, the One Resilient Team may have implemented the first successful fish-pond reversion to mangroves in the Philippines.

The project also directly engages local communities in planting activities and they receive compensation for this. In addition, mangrove nurseries and vermi-composting are being established and fruit trees have been incorporated in the beach forest based on community requests, which can provide sources of income and incentives to maintain and protect the areas.

Lessons from the ground

The Team’s has gained several insights from the implementation of three pilot project interventions through documenting challenges and opportunities, which can help enable scaling and wider implementation of their approach. The main success of the project so far has been identifying the blockages in the local governance system hampering restoration efforts such jurisdictional conflicts, other agencies undertaking poor replanting efforts, and tenurial issues.

Another apt lesson learnt is the importance of flexibility and willingness to adapt as opportunities arise, which is combined with the practice of cataloguing complications and unanticipated challenges. This is particularly crucial in the unpredictable and complicated climatic context of Tacloban, evidenced by the myriad shocks and stresses taking place during the project period.

As the typhoon, Mangkhut nears the Philippines, mangroves are on standby to help protect coastal communities – as they can decrease the height of waves by up to 66% and can help dampen the effects of extreme events. However, in order for mangroves to stand a chance against typhoons and contribute to coastal protection, the local community needs to be involved, proper mangroves species should be used, and the location chosen for replanting mangroves needs to be carefully selected.

One Architecture and its partners are carefully documenting challenges and lessons learnt from them to improve moving forward. The project aims to resolve government relations in coastal protection by documenting common challenges, unique conditions and procedures, and gaps in processes. Through this systematized learning process, local partner capacity can be improved to better implement green belt restoration in Tacloban and beyond.