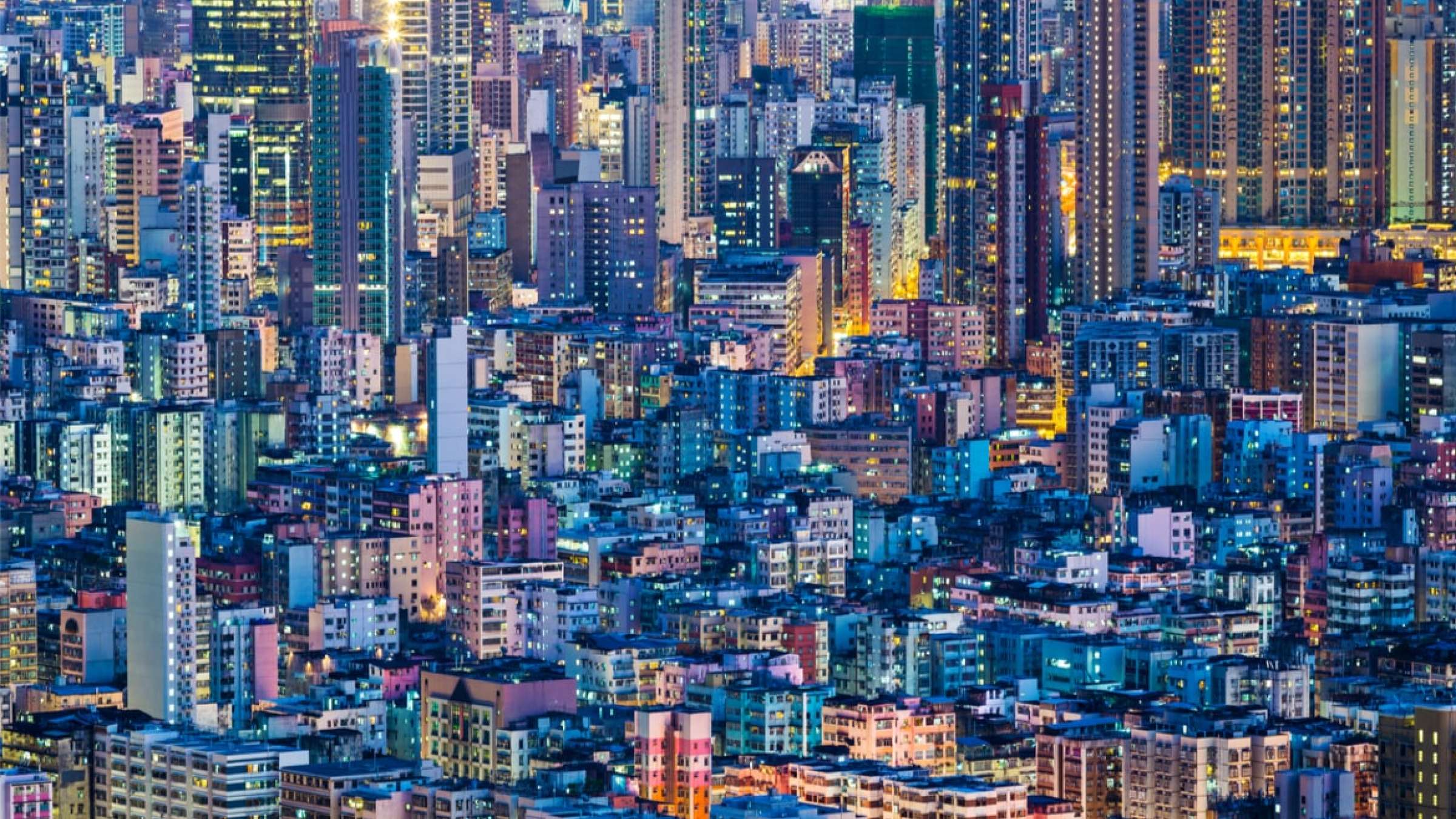 Singapore has warmed notably since the mid-1970s when rapid urbanisation took place, at a rate of 0.25 degrees Celsius per decade according to the Meteorological Service Singapore. The rate is higher than the global average rate of 0.17 degree Celsius per decade since 1970, based on data from the United Nations Intergovernmental Panel on Climate Change. If the current urban development approach remains unchanged, local warming will lead to a rise in electricity demand for cooling and the risk of residents suffering from heat stress.

To help Singapore stay cool and improve urban climate resilience, Presidential Young Professor Dr Yuan Chao from the Department of Architecture at the NUS School of Design and Environment led a team to examine the heat balance in the street canyon – where the street is flanked by buildings on both sides – and developed a user-friendly Geographic Information System (GIS) tool to estimate the impact of urban planning on anthropogenic heat dispersion.

“The weak removal of anthropogenic heat is caused by stagnated airflow at urban areas. It is crucial to investigate the effect of urban morphology on anthropogenic heat dispersion to make high-density cities more resilient to future challenges such as an intensive urban heat island effect,” Dr Yuan explained.

In their findings published in the scientific journal Energy and Buildings, Dr Yuan Chao, Dr Mei Shuojun, Dr He Wenhui and Ms Zhang Liqing investigated the transient street air warming procedure and developed a practical GIS-based model to estimate how much and how fast the air temperature will be increased by anthropogenic heat.

By applying this novel model, the impact of urban morphology on anthropogenic heat dispersion was mapped. The dynamic air temperature increment caused by daily heat emissions was visualised in residential areas of Singapore. The maximum temperature increment with normal wind conditions could be about 0.45 degrees Celsius, which has a significant impact on both thermal comfort and public health. 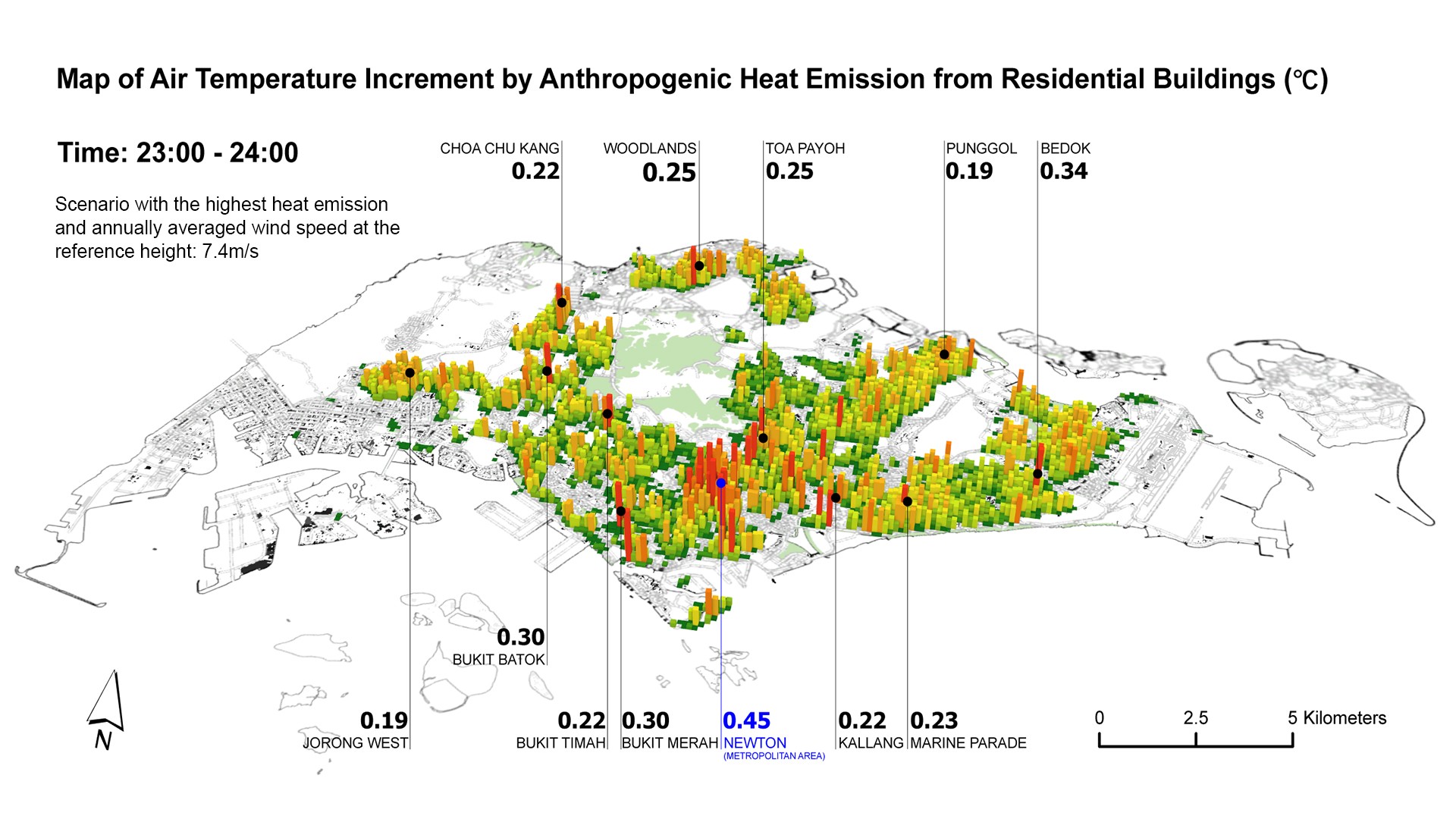 Dr Yuan observed, “The air temperature increment in residential areas could be even higher in the future due to rapid global warming and urban development. It could increase the risk of residents in tropical cities suffering from more frequent and intensive long-term heat stress and short-term heatwaves.”

The NUS research team (from left to right: Presidential Young Professor Dr Yuan Chao, Dr Mei Shuojun, Ms Zhang Liqing and Dr He Wenhui) with the weather station they are using for the research project.

The development of the new GIS-based analytical model starts from urban planning indices, and thus avoids the complicated fluid dynamics calculation used in Computational Fluid Dynamics (CFD) simulation and wind tunnel, both of which are time-consuming especially for modelling at the urban scale. This model is a cheaper and faster alternative for urban planners to estimate the impact of urban planning and design on anthropogenic heat dispersion.

“Due to the huge uncertainty caused by urbanisation and global warming, the new GIS-based analytical model is a feasible tool to deal with numerous microclimate scenarios to help Singapore stay cool,” shared Dr Yuan.

Beyond applications in Singapore, this practical model can be easily adopted in cities overseas. By seamlessly connecting this model with global and regional scale models, city-level findings can also be used to tackle anthropogenic heat problems globally. As the next step, the team will explore collaborating with researchers working on global and regional scale models. Air pollution as another important urban climate issue will also be integrated into this GIS tool.

The GIS-based model is developed in collaboration with the Future Resilient Systems project at the Singapore-ETH Centre (SEC) that is supported by the National Research Foundation, Prime Minister’s Office, Singapore under its Campus for Research Excellence and Technological Enterprise (CREATE) programme, as well as the National Supercomputing Centre Singapore.