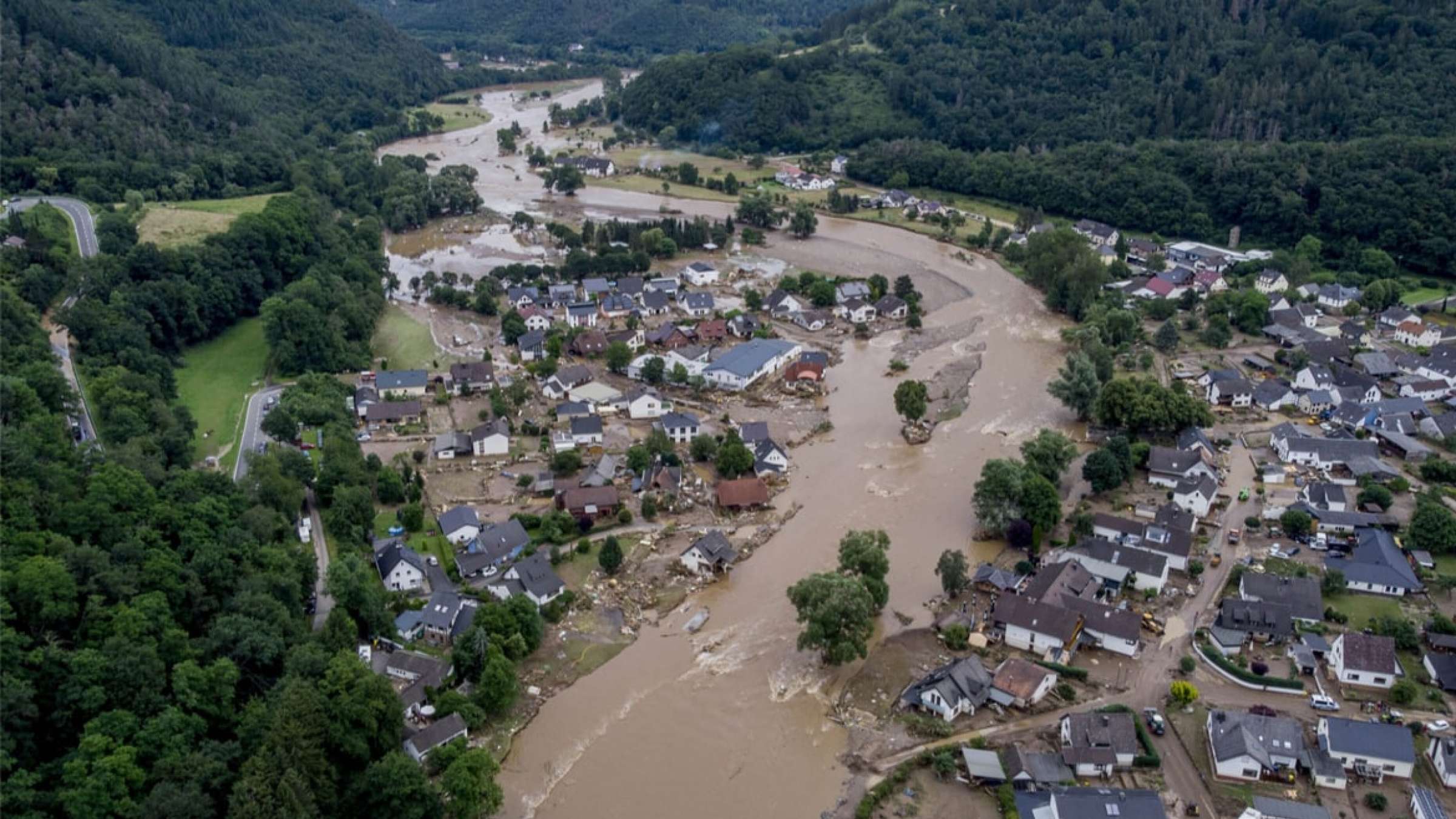 A new online program can quickly map the outlines of past floods, allowing data-scarce countries to prepare for future disasters.

Floods are increasing in frequency and severity around the world. But despite the risk, few countries are learning from past floods to prepare for future ones.

Often, when a flood recedes, “there is no data set maintained nor lesson learned.”

That’s largely due to a lack of data. Often, when a flood recedes, “there is no data set maintained nor lesson learned,” said Hamid Mehmood, a project officer at the Institute of Water, Environment and Health at United Nations University. If a country maintains maps of its previous floods, the data are often outdated and undigitized. Worse, Mehmood said, 20% of countries have no flood maps at all. That places communities, economies, and supply chains at unnecessary risk.

To address the issue, Mehmood and his colleagues designed a program that capitalizes on cloud computing to make fast, free flood maps. Called the World Flood Mapping Tool, the program can display the extent of previous floods in less than a minute. That capability has benefits worldwide, but especially in the data-scarce countries of the Global South.

The World Flood Mapping Tool is a direct response to a lack of historic flood data, but it also capitalizes on improvements in computing power. Data sets previously took days to download; now, thanks to project partners Google and Mapbox, anyone with Internet access can use the tool.

The maps are built from NASA Landsat data and can recreate floods from 1985 to the present at a resolution of 30 meters. A user enters the dates of a significant past flood, and the tool shows how far the waters from that flood reached. That information can guide future evacuation routes, spotlight gaps in infrastructure, and inform future development.

Importantly, the program accepts additional data sets from users. Users might overlay a demographics map to see where older populations live. A map of crop yields may show where floods threaten food security. The current version includes built-in population data and can color-code buildings with the highest number of residents.

The tool has worldwide applications, and dozens of international organizations informed its production. Stakeholders include disaster management agencies in Afghanistan, Myanmar, and South Sudan. Computing schools in Canada, Japan, and Qatar helped with model calibration. Planning and preparedness agencies in Kenya, Nepal, and Sri Lanka, among others, assisted with data validation.

Those data partners provided maps of recently documented floods to test the tool’s accuracy. A 2017 flood in Bangladesh damaged 89,030 hectares of ready-to-harvest rice; the tool determined the outlines of the flooded area with 83% accuracy. In Malawi and Mozambique, 2015 floods displaced 30,000 people and triggered a cholera outbreak. The mapping tool matched the flood zone with 85% accuracy. Across eight case studies—including floods in Australia, Chad, and Thailand—the tool displayed 82% mean accuracy.

The tool is still developing, but even semiaccurate maps are an improvement in most regions.

Though flood forecasting has improved in Indonesia, for instance, the best data are still available in strategic areas like Jakarta on the island of Java, said Idham Moe, a hydraulic engineer with the Directorate General of Water Resources in Indonesia’s Ministry of Public Works and Housing. Although millions of people live on Java, Indonesia has 6,000 inhabited islands; satellite observations would improve data management for the country’s more remote regions.

“Forecasting is still a big challenge because we really don’t have the systems in place."

The tool also cuts costs. Joash Bwambale is a water and irrigation engineer with Engineers Without Borders in Uganda. Mapping requires expensive equipment like ArcGIS, he said, and the resources to manage a network of remote sensors. “Forecasting is still a big challenge because we really don’t have the systems in place,” he said.

The World Flood Mapping Tool partly addresses those concerns, providing data-scarce countries with continuous monitoring to map flood risk. Those maps can then trickle down to local decisionmakers and individual farmers.

“[Flood mapping] is not an easy subject because of limitations with data,” Bwambale said. “I think the biggest advantage of this tool for us who are in the South is to help us do reliable research that can easily inform the policymakers.”

That matches Mehmood’s goal for the project. “What we want to do is take the risk map down to a street level so local decisionmakers can invest in a certain bridge or a dyke,” he said. Though that level of refinement isn’t available yet, it’s “coming up in the future,” he said.

For now, the free tool is available to the public with a level of detail that distinguishes it from other flood risk prediction tools. Future updates will improve spatial and temporal accuracy and expand flood prediction functions. The team hopes users worldwide test the tool and provide their critiques.

“This is the first step,” Mehmood said. “We understand that we need to improve the tool, and we are hoping for a lot of feedback from the community.”