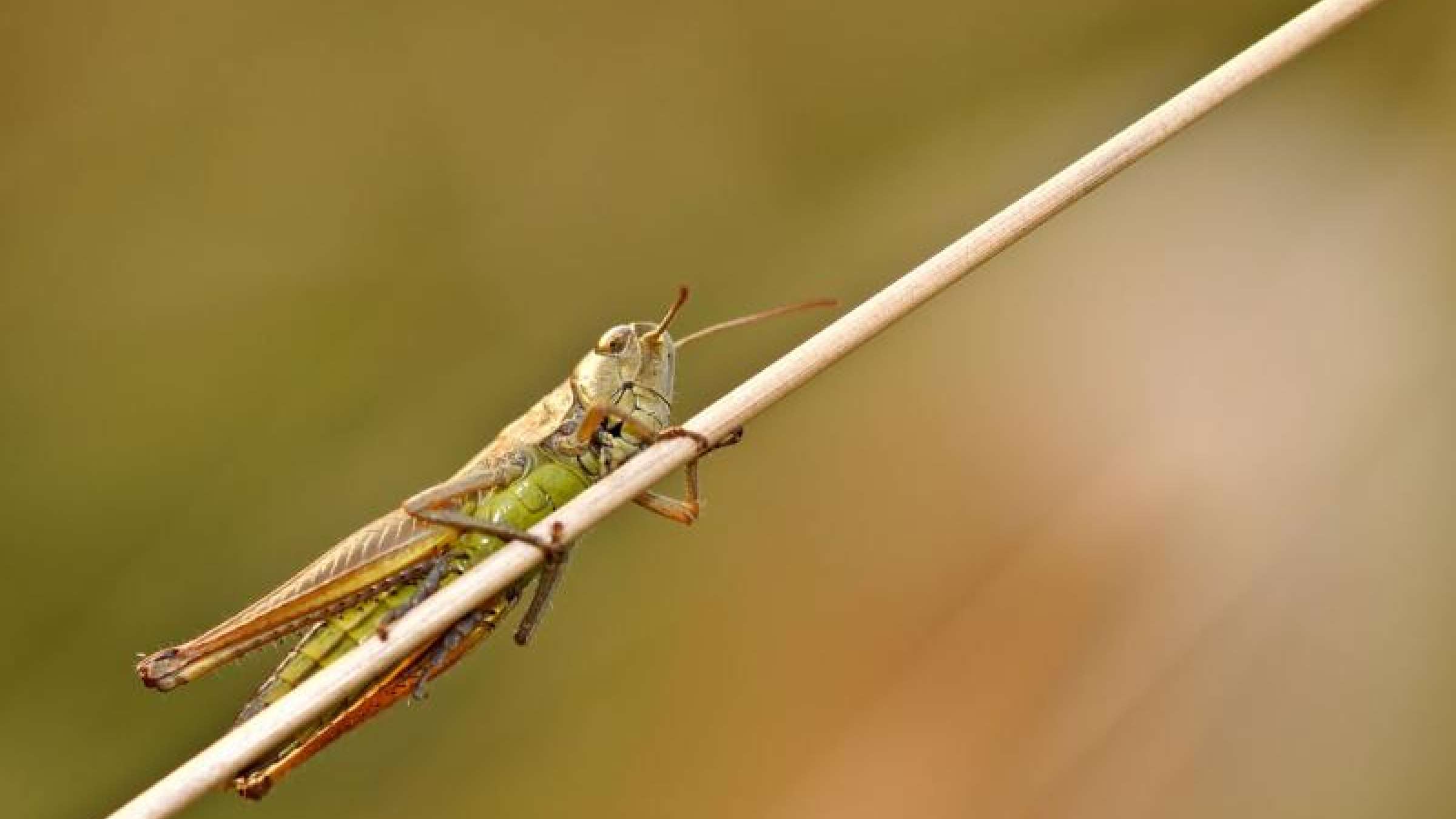 Rome - Information from satellites is being used in a new way to predict favourable conditions for Desert Locust swarms, as part of an early warning collaboration by scientists from the European Space Agency (ESA) and Desert Locust experts at the UN Food and Agriculture Organization (FAO). The new technology will help to increase the warning time for locust outbreaks by up to two months.

Using data from satellites such as ESA's Soil Moisture and Ocean Salinity mission (SMOS), a new tool has been developed to monitor the conditions that can lead to swarming locusts, such as soil moisture and green vegetation. Swarming occurs when a period of drought is followed by good rains and rapid vegetation growth.

"At FAO, we have a decades-long track record of forecasting plagues and working closely with countries at greatest risk to implement control measures. By bringing our expertise together with ESA's satellite capabilities we can significantly improve timely and accurate forecasting. Longer warning periods give countries more time to act swiftly to control a potential outbreak and prevent massive food losses," said Keith Cressman, FAO's Senior Locust Forecasting Officer.

"Routine global observations by the Copernicus Sentinel satellites coupled with the free and open data policy are excellent prerequisites for a closer cooperation with international partners like FAO and other UN organizations," said Josef Aschbacher, ESA's Director of Earth Observation Programmes which is based in Italy. "We strongly support these organizations' Research & Development activities, which helps to continuously innovate the use of the satellite observations."

Soil moisture indicates how much water is available for vegetation growth and favourable locust breeding conditions, and can therefore predict the presence of locusts 2-3 months in advance. In the past, satellite-based locust forecasts were derived from information on green vegetation, meaning the favourable conditions for locust swarms were already present and only allowed for a warning period of one month.

The new tool was validated in Algeria, Mali, Mauritania and Morocco. Using the example of Mauritania's last outbreak in 2016, the team was able to identify a time lag of about 70 days from the initial signs of soil moisture to when the outbreak eventually occurred. The additional early warning will allow more time for national authorities to prepare for control measures when facing future outbreaks.

"We now have the possibility to see the risk of a locust outbreak one to two months in advance, which helps us to better establish preventive control," said Ahmed Salem Benahi, Chief Information Officer for Mauritania's National Centre for Locust Control.

Desert Locusts are grasshoppers that can form large swarms and pose a major threat to agricultural production, livelihoods and food security. They are found primarily in the Sahara, across the Arabian Peninsula and into India. The insect is usually harmless, but swarms can migrate across long distances and cause widespread crop damage. A one square kilometre-sized swarm contains about 40 million locusts, which eat the same amount of food in one day as about 35,000 people.

More than 8 million people were affected in West Africa during the 2003-2005 plague in which cereal crops were wiped out and up to 90 percent of legumes and pasture were destroyed. It took nearly $600 million and 13 million litres of pesticide to bring it under control.