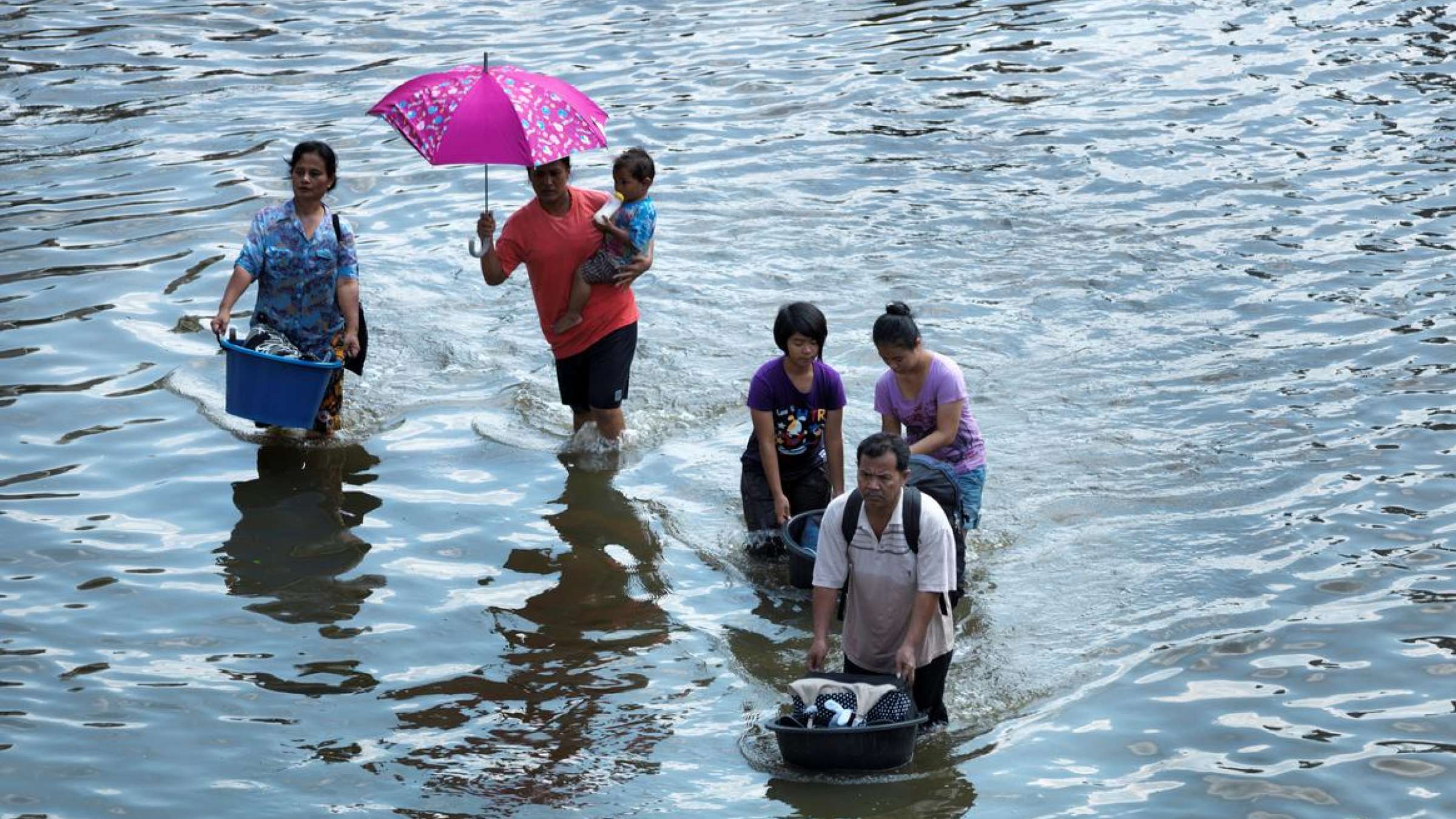 Families leave their home during flooding in Phathumtrani, Thailand, 2011.

A new global report published by GNDR today shows that people at risk of disasters are consistently ignored when it comes to making decisions about disaster prevention in their own communities.

The findings show only 16% of people feel included in assessing threats, policies and plans, and taking action to reduce the risk of disasters.

Many of the institutions that exist to protect communities from disasters don’t listen to them – and do not fully understand the complexity of threats they face.

The report shows that numerous local governments simply don’t know how to assess local risks or to how to engage their constituents. Half of local governments don’t have a designated department or the legal mechanisms for assessing and addressing the threats faced by a community.

The report is the largest independent global review of disaster risk conducted entirely at the local level. Nearly 100,000 people were interviewed in 43 of the world’s most disaster-prone countries.

Nine conclusions drawn from the data explain why people are still losing their lives and incomes to floods, droughts, conflict and infectious diseases. These include the exclusion of communities at risk, poor planning of local participation, underutilised ecosystems, information gaps, and development projects not taking risks into account.

The conclusions ultimately provide a checklist for policymakers to ensure that development initiatives are informed by the people they are designed to support.

National and local CSOs can also use the findings to advocate for localised decision-making and funding for disaster prevention. International NGOs can use the data to inform and increase the effectiveness of projects on the ground.

One of the key conclusions is the absence of local funding. Community members say that money designated for disaster risk reduction rarely makes its way down to the local level. In fact, 80% say they can’t access any funds or that access is extremely limited.

Governments and international organisations have repeatedly pledged to channel a larger share of resources to local actors for humanitarian response. But they’re falling drastically short on their commitments. And evidence suggests this shortfall is the case for disaster prevention too.

Floods are one of the most common threats that people said they face. But the research suggests that mitigation measures are often short-sighted: they don’t consider the effects of a changing climate, rapid urbanisation or the compounding impact of epidemics.

The complete dataset from the research in each country is openly available online. It can be used to better understand the range of threats, and the barriers to disaster prevention, in 598 at-risk communities. The data can be disaggregated by country, community, urban/rural locations, respondent type, age, sex and people with disabilities.