Linking early warning to early action in the Sahel 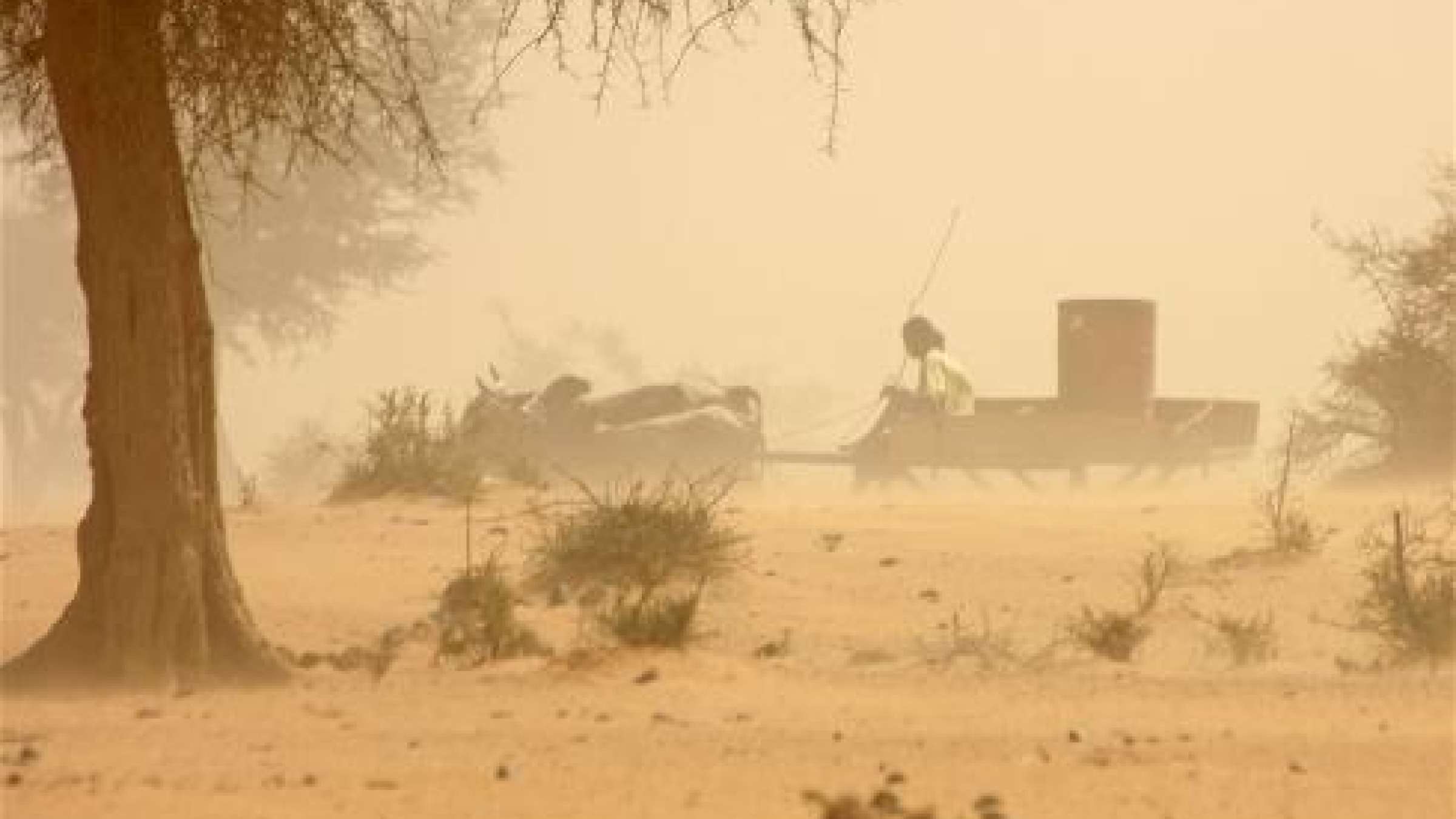 "Most [weather-related] disasters or crises can be predicted," said Sarah Lumsdon, Oxfam's interim regional humanitarian coordinator for West Africa. "In this day and age, there are enough indicators and data, and enough coverage by governments and NGOs to know when things are looking bad or likely will be bad. And so we should be able to intervene to stop it."

This is particularly true when it comes to food insecurity in Africa's Sahel region, where drought and serious food shortages left some 18 million people facing hunger in 2012.

"Food crises can often be predicted 6-9 months in advance," said Rob Bailey, a senior research fellow at Chatham House and lead author of an April report on the link between early warning and early action.

He said that by monitoring indicators such as grain prices, cereal stocks, crop harvests, weather predictions and household food security data, aid agencies and governments can predict a coming food crisis with a fairly high degree of confidence.

Aid group Action Against Hunger (ACF) says it has had success in using satellites to monitor pasture and to map biomass production and vegetation levels as well as the scope of drought in order to predict which areas might need the most assistance.

"We've used this [method] in the last two crises, in 2010 and 2012, and it's proved to be a good indicator of food production across the region," said Alvaro Pascual, ACF's Sahel desk officer.

However, one of the main challenges of responding to early warnings is funding.

"Sometimes governments find it hard to justify to the public spending aid money on something that hasn't happened yet, on something which you can't show on the news because people aren't starving yet," Bailey said.

The same applies to donors, Oxfam's Lumsdon said. "Their issue is that until it looks really, really bad, they can't release that much money. They can release some money for early action type activities, but when it's a big crisis, it probably is not enough to meet the needs," she said.

"What early warnings allow humanitarian agencies to do," said Denise Brown, World Food Programme's (WFP) West Africa director, "is to start to pre-position food aid, to buy stocks of foods and medicine, and place them in strategic locations in the Sahel region knowing that they might need to draw on them at a later date. So they are more prepared, more ready when things get serious."

This is what happened during the 2012 Sahel crisis. Following criticism that the response to the 2010 food crisis was too little too late, aid agencies began acting as early as October 2011 when Niger's president announced that the country was expecting a poor harvest and that food stocks were already low.

"It was clear that there were serious cereal deficits," said Brown. "And based on that preliminary data we began looking at past data, current market prices, nutritional data and so on, and the picture we came up with was extremely worrying."

Early action plans were put in place and helped reduce the impact of the food crisis across the Sahel. This meant that people didn't have to adopt dangerous coping mechanisms such as selling livestock at low prices to buy food, taking on debt, selling seeds that they should be planting or eating the seeds that they should be planting, Brown explained.

Save the Children uses household economy analysis (HEA) to assess the vulnerability of families in the Sahel based on how they use their income to cope with shocks such as poor harvests or rising food prices. Such information is then presented to governments and donors, and can be used to put early action and contingency plans into place.

Similar success was seen in Chad, Brown said. A study by Emergency Nutrition Network, Oxfam and WFP found that introducing preventive nutrition programmes in areas with growing indications of childhood malnutrition, aid workers were able to prevent increases of wasting, mortality and food insecurity during the lean season.

ACF says early warnings were instrumental in helping to raise the funds that allowed them to treat some 150,000 under five children for moderate and severe acute malnutrition and to assist 38,000 poor and very poor households that were affected by food insecurity across the Sahel.

"So there's lots of evidence to show that these things [early intervention] not only work and prevent humanitarian emergency occurring," Bailey said, "but they also, in the long run, are a lot cheaper than waiting until people start to die and then responding later with much more expensive interventions."

WFP says studies show that for each dollar invested today in disaster risk reduction, at least four dollars are saved on future spending on relief and rehabilitation.

Funding structure is another drawback to early action.

"You have humanitarian money and you have development, long-term money, and things like early warning and early action and preparedness money sits somewhere in the middle of those two things," Lumsdon said. "It's very much dependent on long-term intervention, but also it's actually linked to the emergencies and I think donors are really struggling with this sort of dilemma."

Governments may sometimes be hesitant to admit there is a looming crisis as it reflects poorly on them politically, said Bailey. And despite improvements in the technology and science used to predict crises, he said some aid agencies still act on the side of caution when responding to early warnings.

"We use early warning alerts as a tool to identify places where there could be a problem," said Stéphane Doyon, Médecins Sans Frontières' regional emergency coordinator for West Africa.

"But we do so with the assumption that the warnings may or may not be right," he said. "You don't want to be in a situation where you pooled all your resources into one area based on a crisis warning and neglected other areas, because these systems do make errors."

Lumsdon said there is also a small risk that the crisis may not end up as bad as predicted.

"In that case, if a lot of money went into preparedness and then it doesn't happen, people will say you wasted money because your analysis was wrong.

"But to be honest it's all about managing risk and trying to justify why you need to do certain things in advance, why you have to sometimes take that risk, why it sometimes might not be as bad as you thought it would, but ultimately you have to put that money in," she said.

WFP's Brown stressed that early warning systems aren't just about ringing alarm bells. They are about thoroughly analysing data and coming up with an action plan that takes the long-term perspective into consideration.

"It's not always a perfect system, but it works."