How can we mitigate the impacts of dust storms? 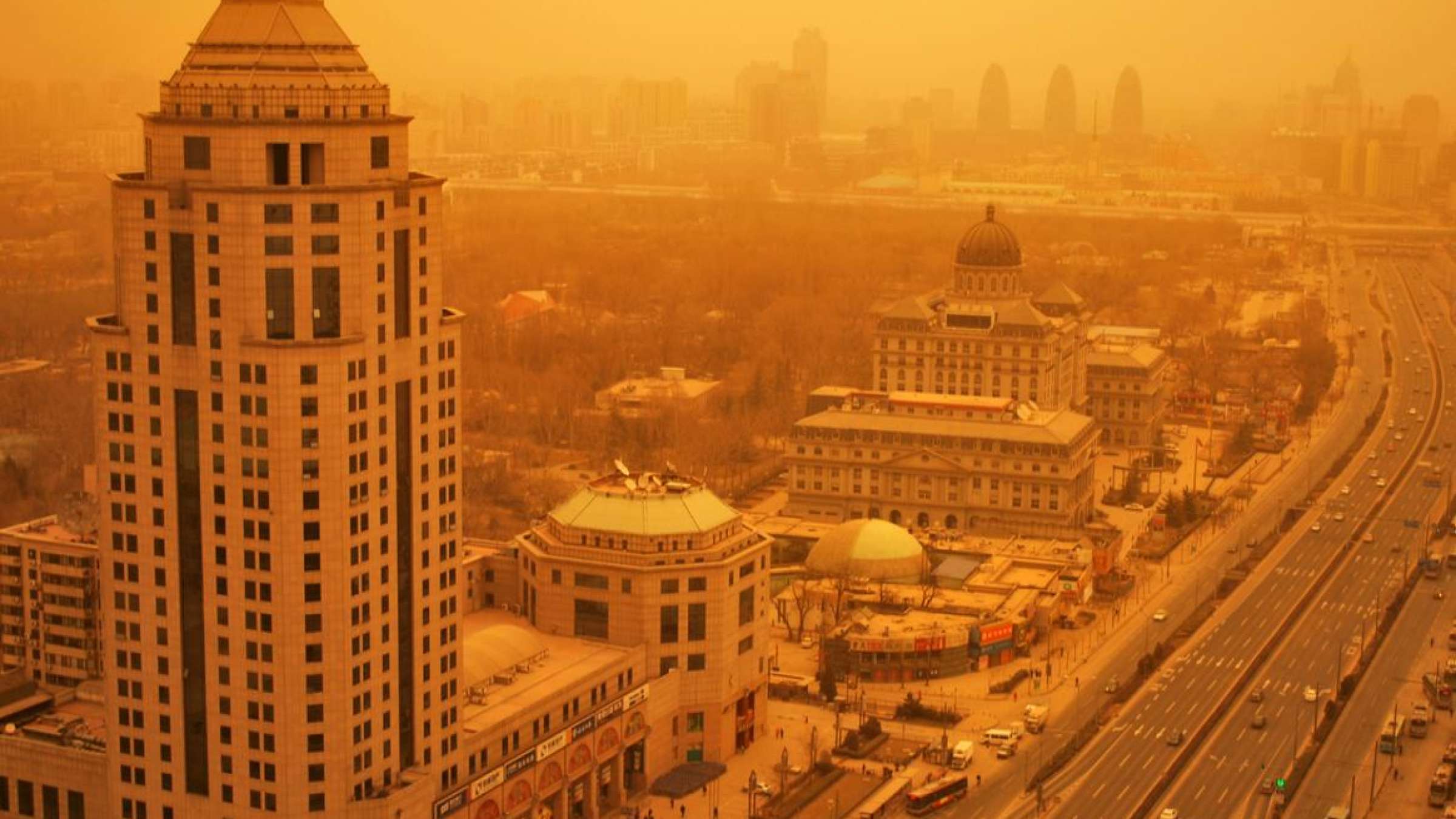 Over the last month, parts of Europe were hit by intense dust storms. First, a massive dust plume that originated in northeast Algeria caused reddish skies in large parts of Europe. Then, dust deposits tinted the snow-covered Pyrenees and the Alps brown. In late February, a Saharan dust outbreak severely affected the Canary Islands before heading toward continental Europe, reaching as far north as Scandinavia.

While such intense and persistent dust activity is unusual, it’s not uncommon for Europe to experience a few large dust outbreaks every year.

Why is dust a problem?

Desert dust is produced by wind erosion of arid and semi-arid surfaces. It affects weather, climate and atmospheric chemistry, delivers iron and phosphorus to land and ocean ecosystems, and increases photosynthesis and biological productivity.

While there are some positive effects, overall dust storms have severe negative impacts, particularly in countries downwind of major sources in Northern Africa, Middle East, and Central and East Asia. In such regions, the unusually high dust levels that were reached in Europe this February are common.

Dust storms increase eye infections and the incidence of respiratory and cardiovascular morbidity and mortality, and are associated to meningitis incidence rates in the African Sahel. Intense outbreaks can disrupt communications, force closing of roads and airports due to poor visibility, and can damage croplands and livestock.

Dust affects solar-energy production by reducing surface solar radiation and by accumulating on the surface of solar panels. Dust deposited on snow drastically reduces its reflectivity and increases absorption of solar radiation, leading to a faster melting of the snowpack.

Source mitigation is possible in regions where wind erosion is exacerbated by human activities that disturb the soil, including cropping, livestock grazing, recreation and suburbanization, and water diversion for irrigation. A classic example is the 1930s “Dust Bowl” in the High Plains of the United States, where poor land-management practices along with the duration of the drought led to strong wind erosion and dust storms on an unprecedented scale.

When the dust sources are of a natural origin (e.g., a desert area), source mitigation is possible by stabilizing the surface and deploying fences when blowing sand and dust challenge human activities. However, neither are feasible nor desirable at large scale. Globally, the potential for source mitigation is rather limited, which makes impact mitigation even more crucial.

Mitigating the negative impacts of dust storms, rather than their sources, requires monitoring, modelling, forecasting and early warning systems. The tactical mitigation applications focus on actions that can be taken in the short term, whenever forecasts predict a dust storm at a certain location and time. For example, dust forecasts can help hospitals anticipate peaks in respiratory-related emergency room visits, optimise the time of planting and harvesting crops, shelter livestock, manage solar-power generation schedules and cleaning of solar panels, and minimise the time when low-visibility procedures in airports are in place.

Strategic mitigation applications are those related to long-term planning and investments, such as the decision of where to place a solar power plant. Another application is to assist with post-dust-storm assessments, as governments and international institutions need to know the precise causes for air quality degradation, epidemic outbreaks or crop damages. Finally, scientific communities, such as the public health community, need spatially and temporally resolved dust data to assess the effects of dust particles upon a range of ailments.

There is a tremendous effort toward developing reliable global and regional dust models and forecasts for impact mitigation, for example at the World Meteorological Organization’s Sand and Dust Storm Warning Advisory and Assessment System Regional Center for Northern Africa, Middle East and Europe.

Dust models use mathematical and numerical techniques to simulate the atmospheric dust cycle – including how dust is emitted, transported and deposited, and also how it interacts with solar radiation and clouds.

To calculate dust emissions, we use input parameters – surface, soil and meteorological features. However, the success of emission schemes is limited by parameter uncertainties, including those related to spatial and temporal heterogeneities. Indeed, due to the nonlinear relation between wind and dust mobilisation, small errors on the surface wind speed in models can lead to large errors in predicted dust emissions. The processes controlling the deposition of dust particles, particularly those that are coarse, are also subject to substantial uncertainty.

All in all, dust models show relatively good behaviour when dust outbreaks are caused by synoptic-scale systems – that is, with features around 1,000 kilometers across or more. A good example is the successful prediction of the February events in Europe in terms of timing and geographical extension.

In contrast, the representation of haboobs – immense walls of blowing sand and dust produced by strong downdrafts that regularly occur in arid and semi-arid regions – requires resolving convection explicitly, which represents a formidable challenge.

An official of the US National Weather Service explains the use of radar to track and forecast dust storms.

In addition to model and forecast improvements, effectively mitigating the negative effects of dust storms requires more work. The limited integration of quantitative dust information and forecasts into practice and policy is often due to a lack of understanding of the precise impact of storms on certain sectors. Other factors include the need for products tailored to specific applications; the lack of awareness, understanding, capacity or structures in place to use the information; and the overall challenge of incorporating uncertain information or forecasts into management practices.