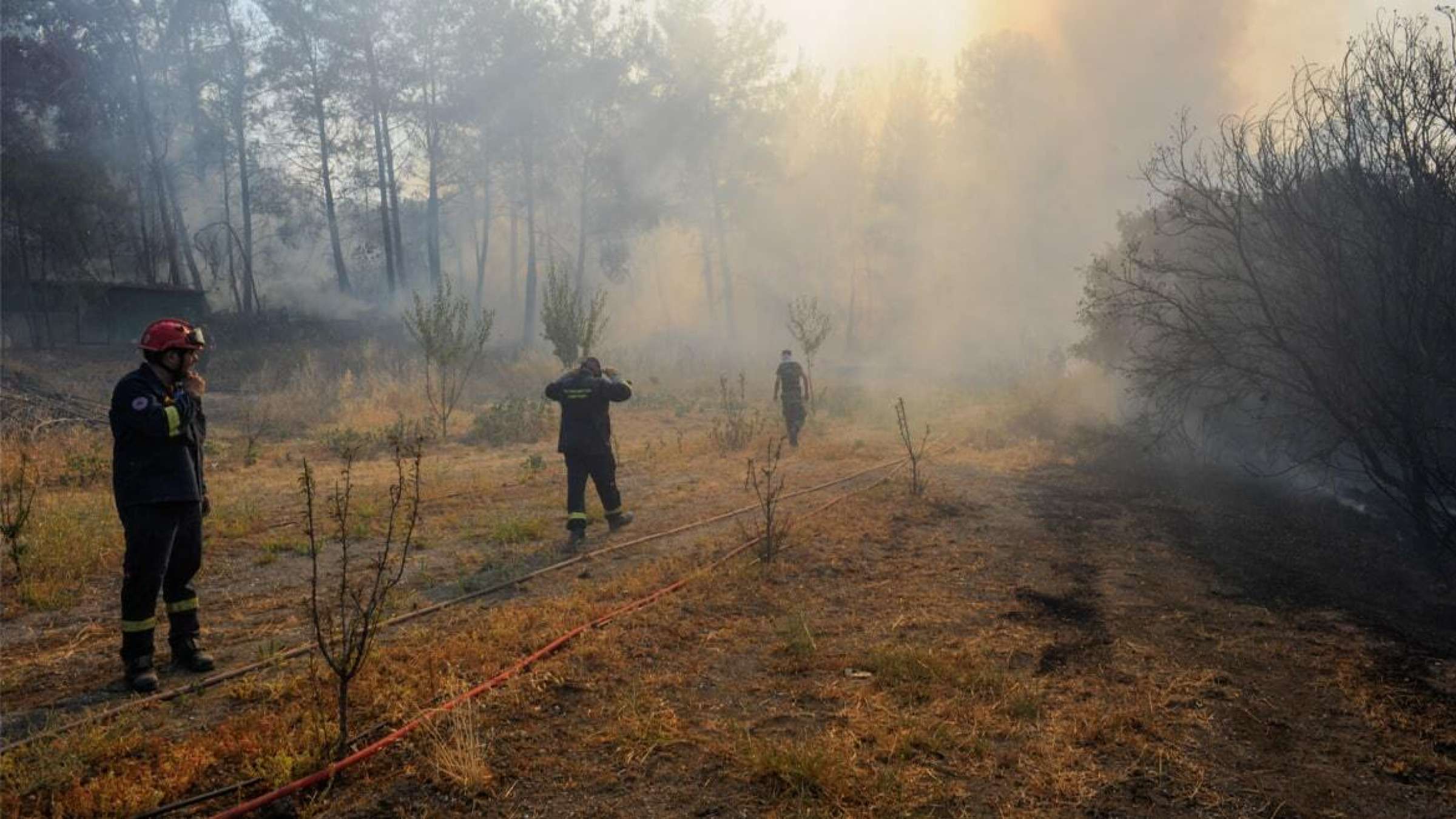 Over the summer of 2022, the European “fire season” made headlines, and the burned area was said to be “unprecedented” in many countries. However, an examination of historical climate and fire data provides some important context.

Several conclusions were drawn from the European Forest Fire Information System (EFFIS), but this dataset is probably not the most appropriate given that its methodologies are constantly being updated. This hampers the analysis of trends over the historical period or the focus on a specific year.

Satellite images have been used for global and regional analysis due to their spatial and temporal consistency, but they may underestimate fires, especially small ones (less than 100 ha). However, the data is homogeneous in time, which is important for comparing fire seasons over long periods. In our research, we used thermal anomalies from satellites, a near-real-time proxy of fire activity, widely used in previous studies.

Overall, when aggregating European data (see below) and cumulating the number of thermal anomalies from the beginning of the year, 2022 lies above the long-term average but did not exceed the maximum value observed over the last 20 years. For example, cumulative thermal anomalies were much higher in 2003, 2007, 2012 and 2017, indicating that the 2022 fire season lies within the range of the historical period. This suggests that last summer’s fire season was not unprecedented, contrary to the impression conveyed by the media.

What is causing extreme fire seasons?

Fire is a complex phenomenon that occurs when three conditions are met: there is an ignition source, fuel is available, and the fuel has low moisture. While the influence of the first two ingredients does not change much from one year to another, fuel moisture explains most of the variations in fire activity.

Indeed, extreme fire seasons are usually associated with warm climate conditions that dry out the vegetation and create flammable landscapes. Conditions with strong wind may amplify the fire potential, which can be synthesised in the so-called fire-weather index.

Locally, fires depend on many unpredictable factors. To iron out these uncertainties and capture overall trends, the data has to be aggregated over larger areas, such as continents or countries. However, aggregating fires within geopolitical borders is rarely the most relevant method to assess natural risks. This is particularly true in Europe, which is very diverse in terms of climate, vegetation, and human activities.

Beyond political classifications, the concept of ‘pyroregions’ - covering areas with specific fire regimes - provides us with a better lens through which to apprehend fire’s spatial heterogeneity. Pyroregions share similar characteristics, such as fire size, frequency, seasonality, and intensity, which ultimately determine fire impacts.

In a recent study, we presented a pan-European pyrogeography featuring four distinctive pyroregions across the continent. For instance, the southern Iberian peninsula experiences large but less frequent fires than northern Portugal featuring the highest fire frequency and burned area in Europe. In mountainous and traditionally pastoral regions, such as the Pyrenees, parts of the Alps, and Scotland, burned area can be substantial but originates mostly from winter or spring fires (“cool season” fires) due to pastoral and agricultural activities and normally do not put ecosystems at risk.

These pyroregions do not follow administrative, ecological or climate borders, and can be seen as a practical and straightforward way of describing fire patterns across Europe. Understanding similarities and differences among fire regimes are important to inform fire management and prevention.

From June to August 2022, persistent heatwaves unfurled across parts of northwestern and central Europe, breaking temperature records and fanning flames. This is evident when aggregating fire weather conditions and fire activity in terms of anomalies – deviation from the mean – over the historical period and across pyroregions

In sum, the year 2022 saw “unprecedented” fires in the low-fire prone pyroregion (the least affected usually), with the highest number of fires detected in the last 20 years; 2022 comes second in the cool-season fire pyroregion, usually subject to winter fires. In contrast, fire activity is close to normal in the highly-fire prone pyroregion in southern Europe, the most fire-prone region.

We think that this specificity – fire occurring mostly in regions that are historically relatively immune – helps to explain the 2022 media portrayals.

Will global heating remap pyroregions in the future?

Pyroregions also help simulate future changes of fire patterns as the planet warms. Global warming has been shown to increase the frequency and magnitude of fire weather conditions as observed during 2022.

In a new study (not yet peer reviewed), we found an increase in fire across Europe under global warming. The findings are in line with previous research that projects an increase across southern Europe. For instance, we found an increase in the burned area exceeding 50% across the northern Iberian Peninsula beyond 2°C warming above pre-industrial levels. Our analysis also showed large increases in fire frequency, intensity, fire-season length, and percentage of large fires.

Projections indicate an expansion of fire-prone pyroregions in southern Europe, ranging from 50% to 130% under 2°C and 4°C global-warming scenarios. Under the 4°C scenario, an increase in the burned area, fire intensity, and lengthening of fire period up to three months in some parts of the Balkans, northern Iberian Peninsula, Italy, and western France. In the absence of mitigation or adaptation measures, this expansion may overwhelm national fire suppression capacities and cause substantial social and ecological impacts.

Finally, the abandonment of certain traditional agricultural practices, such as extensive livestock farming, are increasing the forest area and the quantity of biomass available for fire in southern Europe. This phenomenon, combined with urban sprawl and the development of wildland-urban interfaces, will inevitably increase our exposure to fire.