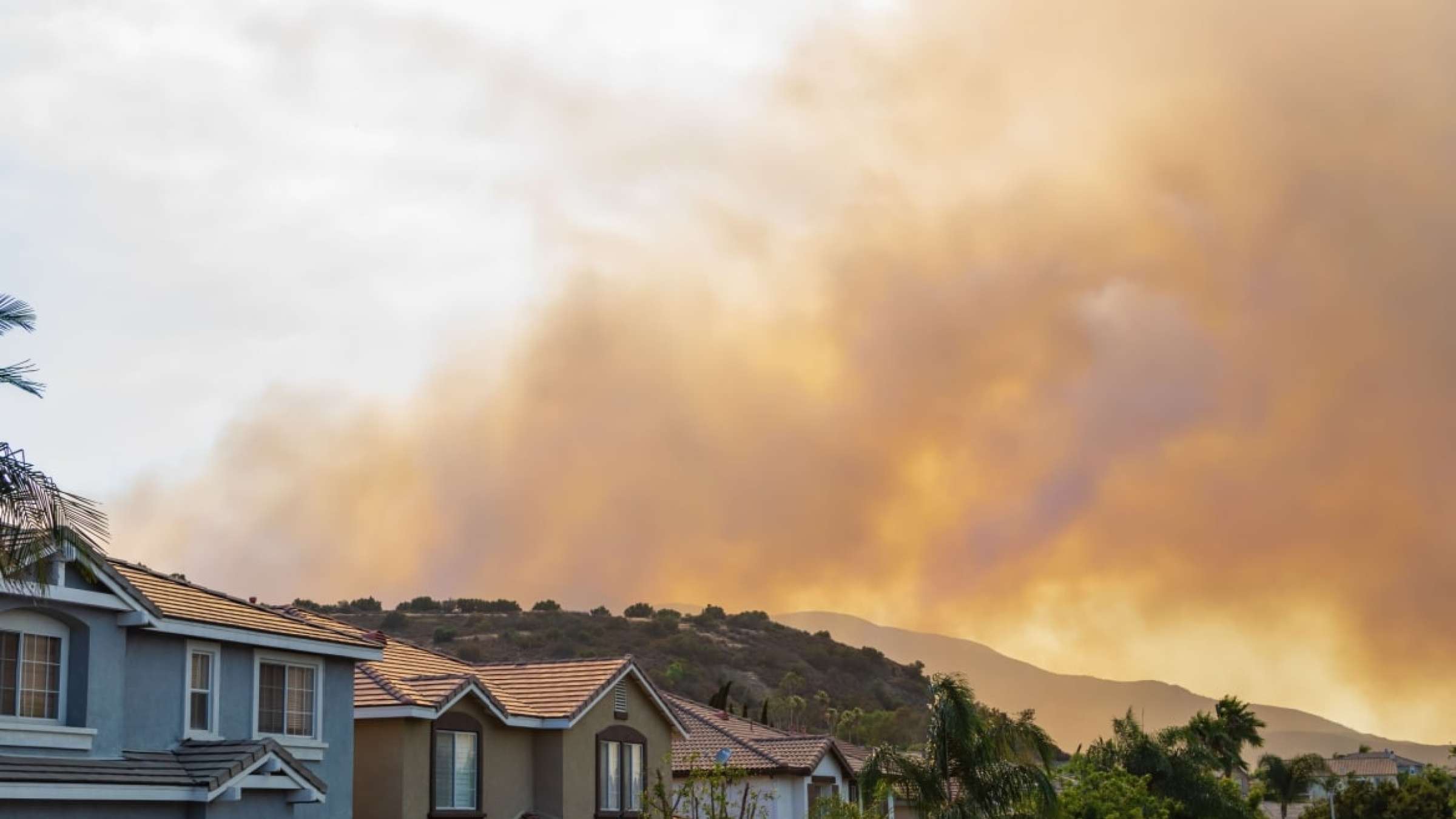 Most government policies for mitigating public health risks from wildfire smoke aim to educate citizens to protect themselves by staying indoors, closing windows, and using air filters. Stanford research shows why that approach fails for Americans across all income groups and points to solutions.

When drifting wildfire smoke brings hazardous air pollution to cities and towns across the country, public health officials urge residents to stay indoors, close windows, and use air filters. New research from Stanford University shows Americans are getting the message, yet still rarely succeed at keeping smoke from entering their homes.

Researchers led by Marshall Burke, an associate professor of Earth system science, analyzed data from consumer-grade air pollution sensors in 1,520 single-family homes across the U.S., as well as nearby outdoor air pollution monitors, cell phones, social media posts, and Google searches in English and Spanish between 2016 and 2020.

They found internet searches for air quality information increased on heavy smoke days, regardless of income, while searches for air filters, smoke masks, and other protective measures recommended by health officials rose only in wealthy neighborhoods. Residents of wealthier neighborhoods are also more likely to shelter at home when wildfire smoke pollutes outside air. “People seem to know they’re being exposed. We see a lot of behaviors change even at pretty low levels of smoke exposure, although those responses differ by socioeconomic status,” said Burke.

The results, published July 7 in Nature Human Behaviour, show that better education and information about health hazards from wildfire smoke are not enough to protect people from the health harms of wildfire smoke exposure. The findings also bolster evidence for nascent efforts to take a more proactive and systematic approach to mitigating public health risks from wildfire smoke, predicted to be one of the most widely felt health impacts of climate change nationwide.

While most current government policies rely on a do-it-yourself approach to avoiding unhealthy air from wildfires, this tactic will have “modest and unequal benefits,” the authors write. Short-term solutions include establishing clean air shelters and providing public subsidies for lower-income households to filter indoor air. “If people can’t maintain good air quality in their homes, they need a place to go where they can breathe clean air,” said Burke, who is also deputy director of Stanford’s Center on Food Security and the Environment. “That’s a great place to start.”

Overall, the authors found indoor concentrations of the deadliest type of particle pollution, known as PM 2.5, often remain three to four times higher than public health guidelines, and can vary by a factor of 20 between neighboring households during heavy smoke days. “Households that look exactly the same in terms of income, house price, and house size had enormously different indoor air for a given level of outdoor air quality,” said study co-author Sam Heft-Neal, a researcher at the Center on Food Security and the Environment. According to the authors, the most likely culprits are open doors and windows, leaky buildings, and a lack of filtration.

As the number of heavy smoke days in California and the West continue to climb, lawmakers from several western states have introduced bills that would allow the president to declare a “smoke emergency,” provide federal funding to establish clean air shelters and relocate vulnerable populations, and create a grant program for local community planning related to wildfire smoke. None have been enacted.

“To be able to intervene appropriately, we have to be able to measure things, including what people are exposed to in their home and how they’re behaving,” said Burke. That ability is rapidly expanding, thanks to the growing number of people buying relatively low-cost but reliable air quality monitors from PurpleAir, a private company, and agreeing to have the data put on a public website – although households who own the monitors, for now, are overwhelmingly Californian and higher income. “Our ability to precisely measure infiltration at the household level and then relate that to things we observe about the house or the community is new,” Burke said.

In the absence of systematic support at the federal level, a patchwork of local and state mitigation efforts has emerged. Oregon’s environmental agency, for example, has provided a grant for the city of Ashland to set up a free air purifier distribution program for vulnerable residents. In California, where more than half the population experienced a month of wildfire smoke levels in the range of unhealthy to hazardous during the 2020 fire season, the state has launched a $5 million pilot program providing grants for smoke shelters.

Still, most places are no better prepared for unhealthy air this year than they were in 2020 and, as large fires become more frequent, it will become increasingly onerous for people to protect themselves. “We’ve dug ourselves a huge hole in terms of the amount of accumulated dry fuel in our forests. It’s going to require unprecedented levels of investment over a sustained period to reduce fire risk and lower smoke exposures for everyone,” Heft-Neal said. “In the meantime, we have to be prepared for the large wildfires that, unfortunately, we’re going to get. And we have to be ready to deal with the downwind exposures that those wildfires generate.”