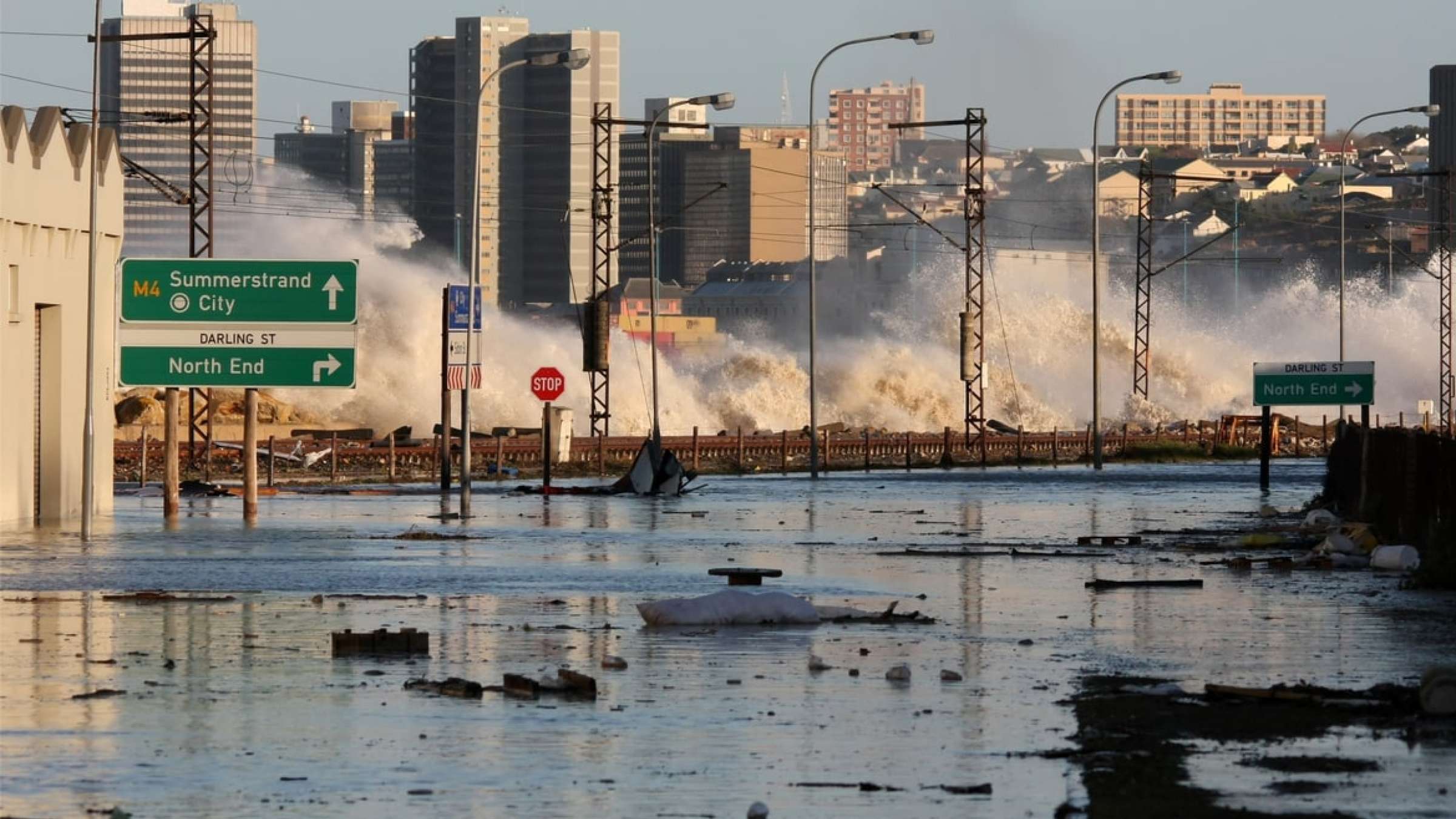 Indonesia plans to move its sinking, flood-prone capital to a remote jungle. Tuvalu is trying to safeguard its very existence as a state as rising seas caused by climate change threaten to submerge the Pacific island nation.

"It clearly shows we're not prepared at all," Harjeet Singh, a senior advisor with Climate Action Network International, a network of more than 1,500 groups, said about the scientists' report for the Intergovernmental Panel on Climate Change (IPCC).

"The message has been extremely strong," he told the Thomson Reuters Foundation by phone from New Delhi, noting that developing countries faced the biggest risks and often lacked the financial resources to deal with such growing threats.

More frequent and intense heat, heavy rain, drought and other climate change impacts are damaging nature, people and the places they live, the IPCC report warned.

Cities - where more than half of the world's population lives - are set to become climate change hotspots, with urban hubs lying in coastal areas at particular risk from rising seas.

The number of coastal-dwellers at risk of a flood so severe it can be expected only once every 100 years would increase by about 20% with a sea-level rise of 15 centimetres (0.49 feet) and double with a rise of 75 cm, the IPCC report estimated.

Globally, urban populations have grown by more than 397 million people between 2015 and 2020, with more than 90% of the increase taking place in less developed regions, according to the IPCC report.

At the same time, the fastest rise in urban vulnerability has been in unplanned and informal settlements, as well as urban centres in low- and middle-income countries where residents' ability to adapt to climate change is limited.

"But cities also provide opportunities for climate action," she added, from green buildings to more sustainable transport systems that connect urban and rural areas, which could help build a more inclusive and fairer society.

Such large-scale adaptation has yet to take place across cities, however, said researcher Alex Edney-Browne, partly constrained by a lack of funding and technical know-how.

"(It) requires a significant amount of finance dedicated to adaptation and climate-resilient development, and added government capacity which we're not seeing at the moment," said Edney-Browne, head of research and investigations at Greenpeace Australia Pacific.

"There is a real shortfall in climate finance available in the level of adaptation that's needed", particularly in climate-vulnerable developing countries, she added by phone.

'TIP OF THE ICEBERG'

Parts of Africa, South Asia, Central and South America, small island states and the Arctic are most vulnerable to the accelerating climate risks, the IPCC report said.

It called for a shift to a new model of "climate-resilient development", but warned that would become harder to achieve if global warming exceeds 1.5 to 2 degrees Celsius (2.7-3.6 degrees Fahrenheit) this century.

The planet has already heated up by about 1.1C - and a 1.5C rise could be reached over the next two decades, scientists predict.

"What we have seen of climate change impacts in Asia Pacific is just the tip of the iceberg," said Sandeep Chamling Rai, a Singapore-based senior advisor on global climate adaptation policy at conservation group WWF International.

He said most cities were aware of rising climate threats but could do better on preparing to protect people, such as planning for residents to be relocated when needed.

Ensuring that poor and marginalised inhabitants are not adversely affected will be vital, said Indonesian campaigner Arti Indallah Tjakranegara.

"Climate policy could exacerbate inequality, the poorest ones are the ones who are most affected," said Tjakranegara, a manager at Yayasan Humanis dan Inovasi Sosial, a Jakarta-based non-profit working on climate change issues.

For example, people living in slums and informal settlements often receive no government assistance or lack the means to move when they are hit by floods, she added.

For some coastal regions, the need to adapt fast to worsening climate risks is an existential question.

"This matter now exceeds urgency," said Maina Talia, secretary of Tuvalu Climate Action Network. "Expressions of concern, fear, or sorrow are inadequate at best, insulting at worst. We need action, and we need it now."