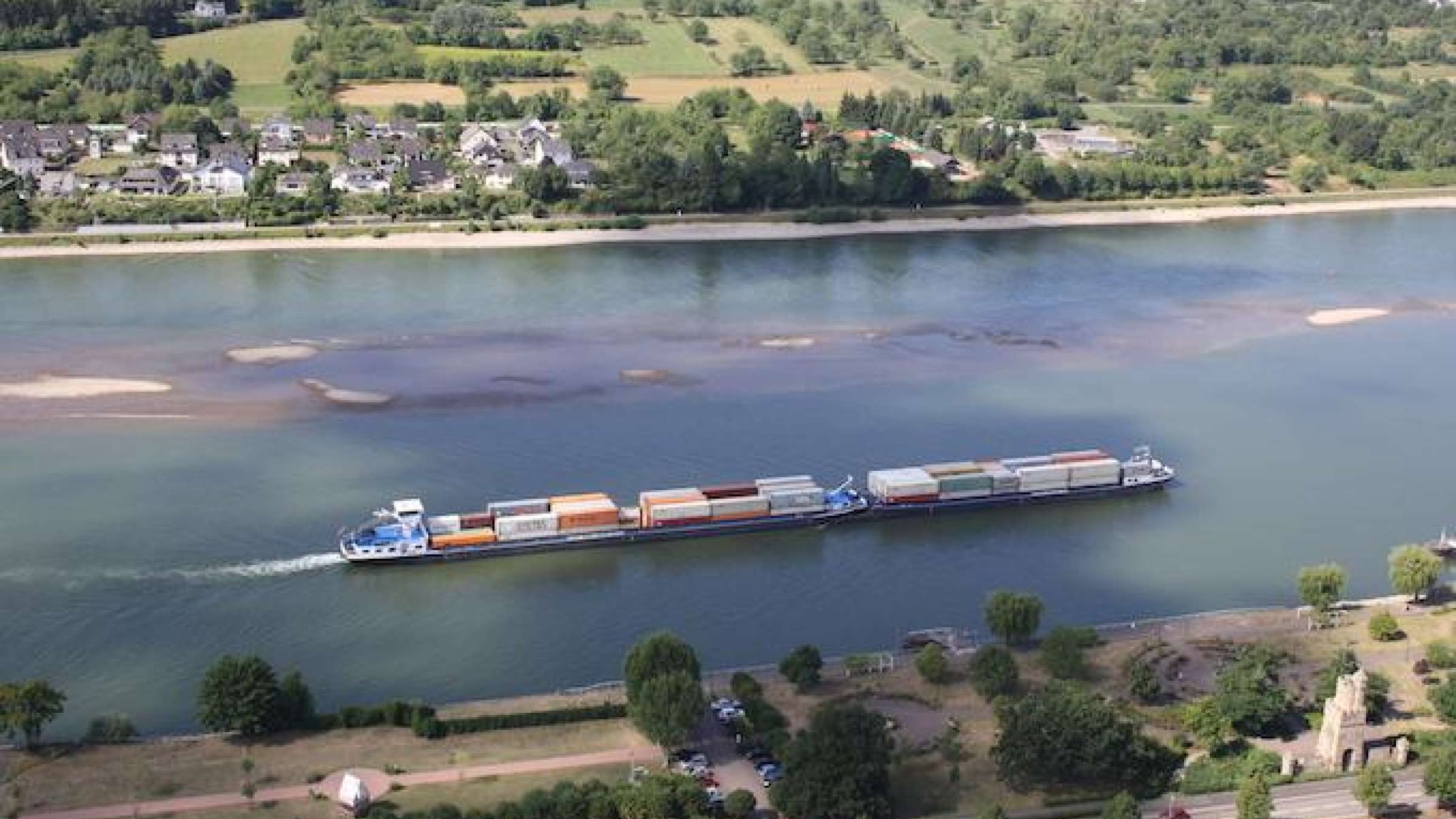 Transport along Europe’s inland waterways is vital to trade. Concern about poor flow due to low rainfall, even along major river systems like the Rhine, has spurred innovation in long-term forecasting and logistics planning.

BRUSSELS, 30 September 2019 -- Not content to hope for the best, shippers who ply Europe’s inland waterways have turned to IMPREX, experts in hydro-meteorological analysis, for reliable longer-term water-level forecasts to plan and optimise shipments along the Rhine.

Germany hoped the record drought of 2018, which wilted crops and brought many farmers to their knees, was an aberration. One of the responses was for the country’s meteorological office to set up an early warning system. That service was put to the test sooner than expected, as unprecedented heatwaves hit Europe again this summer, confirming what many feared … that extreme events could become more frequent in the future. While much of the focus has been on how farmers are coping, less has been reported on the impact of low rainfall on vital inland shipping routes.

Bastian Klein of Germany’s Federal Institute of Hydrology (BfG) says: “Accurate, long-term planning is the key to efficient and competitive transport along Europe’s inland waterways. Just as a road haulier wants to know about planned road works and other potential delays to their shipments, water transport companies and their customers need to know what’s happening with their routes. They need reliable water-level forecasts at different lead-times to improve logistics planning and remain competitive within the overall transport market.”

Coping with low flow along the Rhine

To be competitive, all transport companies need to maximise loads. But with major water courses under stress from consecutive years of dry weather, lower water levels mean volumes have to be reduced to ensure safe passage. More than ever, vessels need better data and intelligence on the optimal loads and times to ship along various sections of the river.

German authorities called on IMPREX, the EU Horizon 2020-funded project, to connect the dots between meteorological forecasts and water dynamics along the Rhine, which is a major route for commodities such as grains and minerals, but also coal and other important fuel sources.

IMPREX offers stakeholders richer insights into extreme hydro-meteorological conditions and their impacts to improve risk management and adaptation planning at European, national and regional levels. Teams in Germany and elsewhere have put together bespoke forecasting tools to aid decision-making, which include the following pre-operational prototypes:

This fine-grained data support has helped shippers and their customers navigate difficult times. IMPREX’s long-term forecasts have also found an unexpected fanbase among road hauliers. Lorry companies use them to fine-tune their own logistics planning and ensure that that they have enough drivers ready when low flows are predicted and a back-up solution across land is needed.

Energy producers are another keenly interested sector in IMPREX’s intelligence reporting. Inland shipping remains a vital link in the coal supply chain, to produce electricity especially during periods of peak demand, such as in the winter. Better longer-term seasonal forecasts help power plants plan for coal supply contingencies and make sure the lights don’t go out when river levels are too low or too high for barges to safely navigate.

Managers of waterways influenced by tides are also using IMPREX’s long-term forecasts to estimate sediment build-up around harbours and waterways, to optimally plan their management strategies under the constraints of natural conservation.

These monitoring and reporting systems form the backbone of a set of tailored and very accurate forecast products. The tools are ready for use by the stakeholders involved in IMPREX and beyond.

Andreas Backhaus, Head of European Site Logistics Operations BASF SE confirms: “Barging is a vital transport mode for BASF – especially regarding volume and sustainability. IMPREX’s long-term forecasts for water levels on the Rhine are an absolute necessity for our inventory and supply management.”

The expertise developed under the project is thus uniquely placed to support risk management and adaptation planning in response to future hydrological extremes.