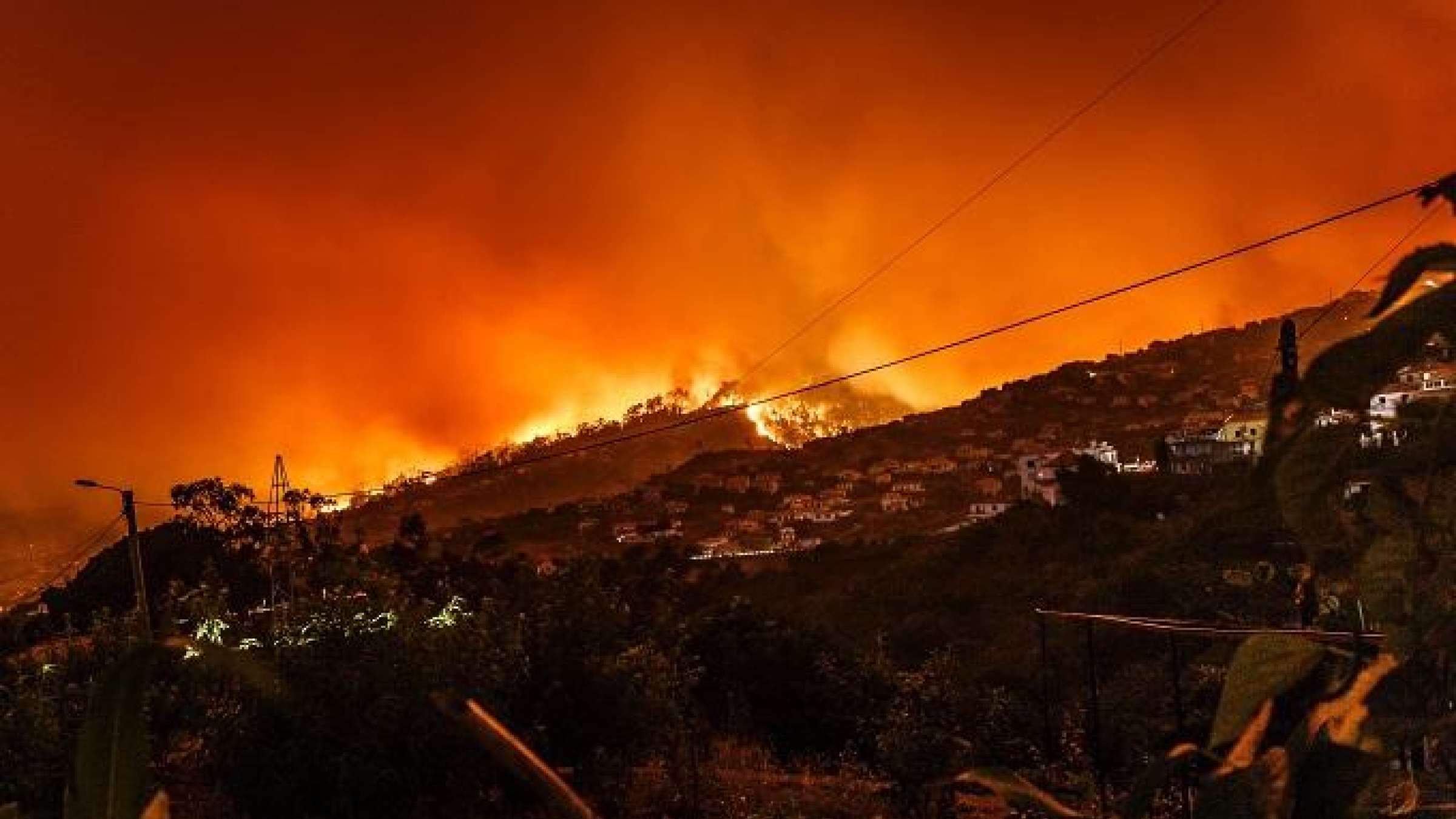 By Vivian Ho and Susie Cagle

More than 40,000 in southern California were ordered to evacuate as wildfires burned near a Los-Angeles area neighborhood. Several homes burned Thursday as two fires fanned by powerful winds swept through dry brush to the edge of communities in the Santa Clarita area. No injuries were immediately reported, but the LA fire chief said there was no containment of either blaze.

Dangerous weather conditions prompted electrical shutoffs across the state as PG&E, whose power lines have been found responsible for sparking previous deadly wildfires, and Southern California Edison sought to avoid catastrophe. The blackoutsaffected nearly a half-million people and PG&E announced it would impose more over the weekend.

Temperatures in towns near the Kincade fire were expected to reach 94F (34C), with humidity around a bone-dry 10%. The NBC meteorologist Rob Mayeda called the high pressure event of extra fast wind and low humidity an “atmospheric hairdryer”.

Governor Gavin Newsom on Thursday once again lambasted PG&E for its management of the crisis. “It’s more than just climate change,” Newsom said at a press conference in southern California. “As it relates to PG&E, it’s about corporate greed meeting climate change. It’s about decades of mismanagement. It’s about focusing on shareholders and dividends over you and members of the public.”