For 400 years, Indigenous tribes buffered climate's impact on wildfires in the American Southwest 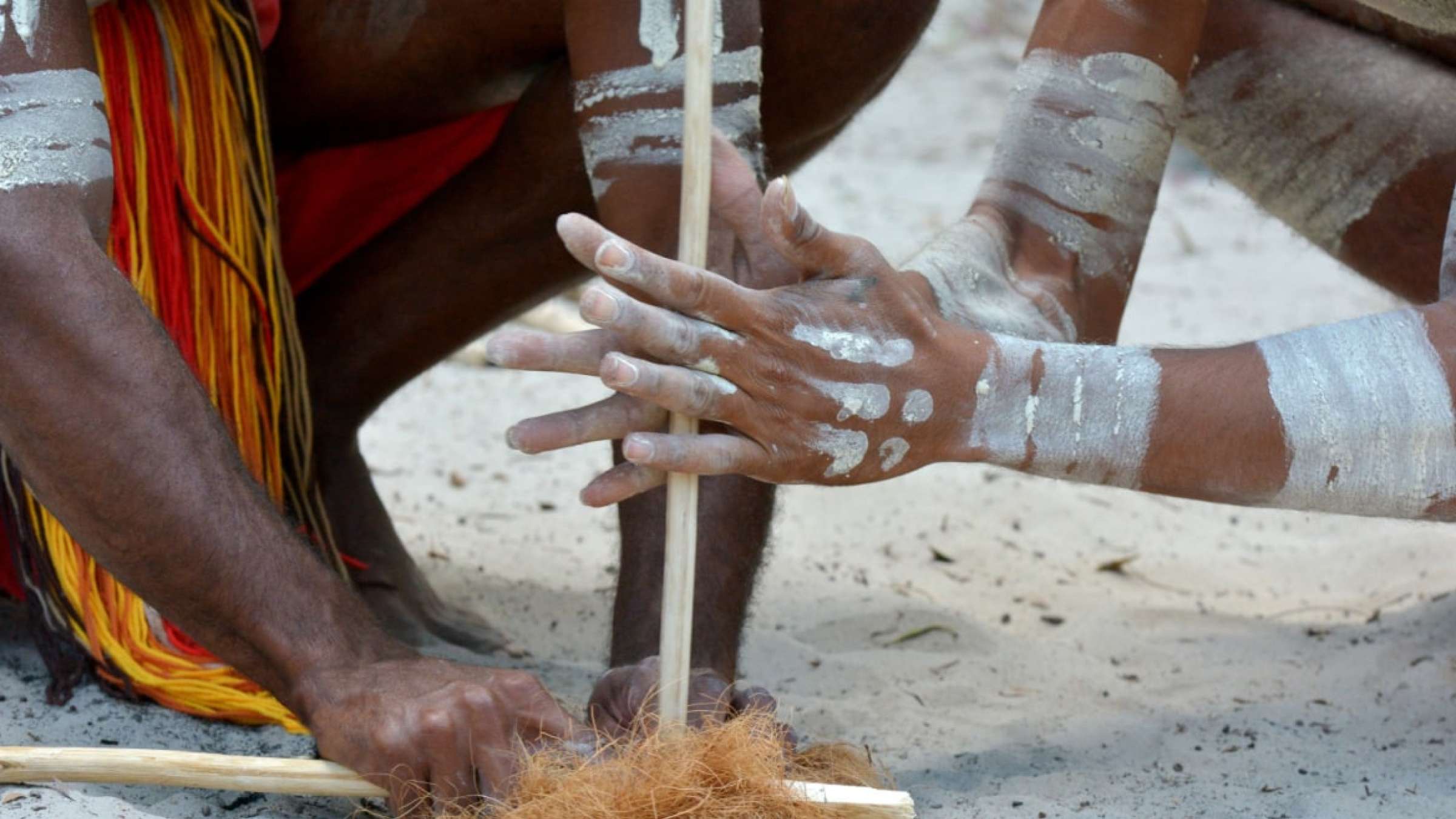 Devastating megafires are becoming more common, in part, because the planet is warming. But a new study led by SMU suggests bringing “good fire” back to the U.S. and other wildfire fire-prone areas, as Native Americans once did, could potentially blunt the role of climate in triggering today’s wildfires.

The age-old Native American tradition of “cultural burning” appears to have previously weakened – though not entirely eliminated – the link between climate conditions and fire activity for roughly 400 years in the southwestern United States.

Studying a network of 4,824 fire-scarred trees in Arizona and New Mexico, where the Apache, Navajo and Jemez tribes lived, SMU fire anthropologist Christopher Roos and other researchers found that the typical climate-fire pattern from 1500 to 1900 reflected one to three years of above-average rainfall – allowing vegetation to grow – followed by a fire-fueling year of significant drought.

But the pattern was broken when Native American tribes performed traditional burning practices, according to the group’s study published in Science Advances.

“What’s remarkable is that this impact of Native American fire management was evident across hundreds of square kilometers,” said lead author Roos. “That is across entire mountain ranges.”

Roos said the findings suggest we can learn from Native Americans how to be less vulnerable to fires we’re facing now. Four of the co-authors of the study are tribal members, who aided with both the representation of the culture and history of their people and in the interpretation of the fire data.

“Native American or Indigenous fire practices have shown us how people living in fire-prone places can positively coexist with wildfire in sustainable ways by actively engaging with it,” he said.

For millennia, many Native American tribes living in the US Southwest held controlled burns of small trees, grasses and shrubs at regular intervals to clear out underbrush and encourage new plant growth.

Creating this patchwork of small, purposeful burns also removed much of the fuel that could burn in wildfires – which could explain the break in the climate-fire pattern, Roos said.

How this research was done

The Apache, Navajo and Jemez communities all practiced cultural burning, though at different times and in different ways.

The researchers used a variety of methods to document how these tribes handled smoke and fire centuries ago, including interviewing tribal members in each community. The team also compared tree-ring fire records with paleoclimate records.

Scientists rely on tree rings not only to calculate a tree's age, but also to determine wet and dry weather patterns of moisture and drought. Similarly, scientists' best evidence for fire activity is the scarring on tree rings that dates the occurrence of fires.

Roos and his team obtained their ancient tree-ring data from the , which was compiled by the North American Fire Network. The study focused on dry coniferous forests in New Mexico and Arizona.

The data was combined to create what’s known as a superposed epoch analysis. Essentially, the researchers were looking to find significant deviations from normal climate patterns before and during fire years. Deviations from the pattern would suggest that climate was not the main driver for fire activity.

Roos encourages other scientists to work with Indigenous communities to develop new approaches to reconstruct traditional practices, like those seen in this study.

Cultural burning was vital to many indigenous tribes

Fire was integral to the Apache, Navajo and Jemez tribes.

The Apache tribe spanned the area from central Arizona to Texas, but the researchers focused on the residents who lived in southeastern Arizona between the 1500s and 1900. The Apache people used fire to gather, garden and hunt primarily – sometimes setting fires to lure deer and elk to particular places.

The Jemez people were farmers and hunters who lived in the Jemez Mountains of northern New Mexico. They purposefully burned small patches of the forest around their community, previous research has found, limiting fire spread and improving forest resilience to climate variability.