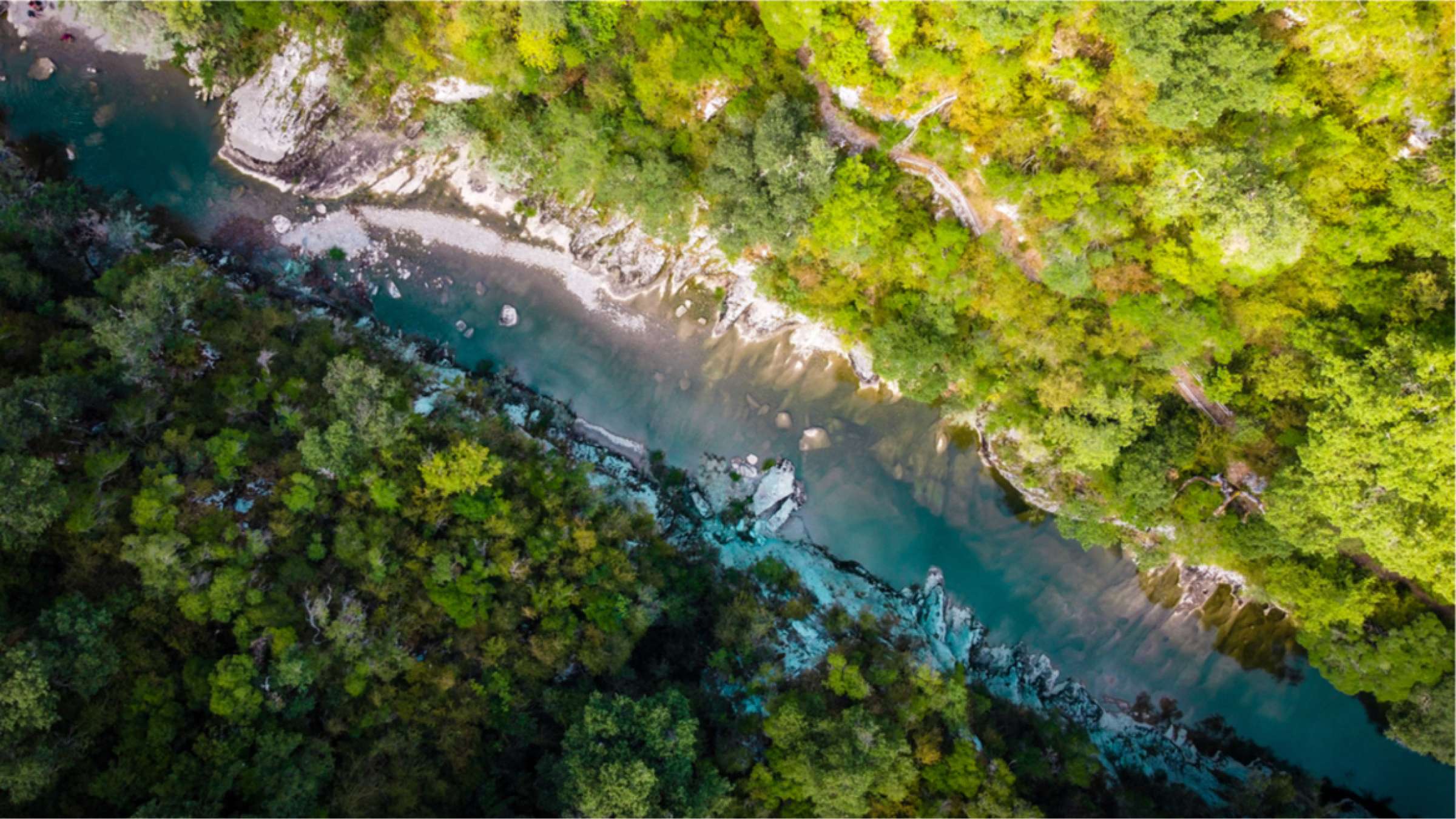 Like many places around the world, the COVID-19 pandemic has forced priorities of Latin American countries toward crisis management and recovery. While these are important priorities, this shift threatens to derail progress on crucial work such as alleviating poverty, providing sanitation and clean water, and protecting communities against climate change.

Continued progress on this work will require maximizing the impacts of investments and ensuring they support social and environmental goals. Investing in nature-based solutions (NBS) — which strategically protect and restore nature in ways that achieve development outcomes — can help achieve this, as they have various resilience benefits, substantial greenhouse gas potential and tangible economic advantages. NBS have gained global attention over the past years and became a priority for climate platforms such as the UNFCCC and Global Commission on Adaptation, as well as biodiversity platforms such as the Convention on Biological Diversity, which will set new targets in 2022.

These solutions have immediate relevance for Latin America and Caribbean. The region is a biodiversity powerhouse, hosting over 40% of the world’s biodiversity, 12% of its mangrove forests, 10% of its coral reefs and its largest expanse of wetlands. It also faces a pressing need for better protection and management, especially in the face of climate change. Latin America and the Caribbean lostmore tropical primary forest than any other region on the planet in 2019, and urbanization has exposed an estimated 160 million people in the region to urban flood risk. Because the region’s economies are largely built on natural resources, these changes put the region’s economic growth and community well-being at risk.

New research from the Inter-American Development Bank (IDB) and WRI shows how the Latin American and Caribbean region is uniquely poised to advance NBS to help forge a way out of the economic and climate crises. This research reveals a robust pipeline of NBS projects in Latin America and the Caribbean, and stakeholders continue to identify new NBS projects and propose them to cross sector partners and investors. However, these projects are not receiving enough investment despite their potential to generate financial, social and environmental returns. Unlocking investment to close this gap will require investors, governments and infrastructure operators to mainstream natural capital solutions and deploy region-specific financing strategies.

Latin America and the Caribbean have a high need for infrastructure investment to achieve global sustainable development goals. The impacts of climate change heighten this need, as new infrastructure can protect coastal areas from sea level rise and storm surge, make available new water sources as hydrological regimes shift and create green spaces urban areas to alleviate extreme heat. To meet these challenges, the region has poured about $125 billion annually into infrastructure, which could grow up to $313 billion annually.

While infrastructure investment is critical and is a focus of many recovery efforts, protection and restoration of natural capital has not received enough financial commitment. Luckily, integrating NBS into traditional “built” infrastructure systems like dams, roadways or energy systems — often referred to as green-gray infrastructure — can make these structures more resilient and less expensive while improving the environment. NBS can safeguard infrastructure from climate impacts, avoiding costly damages or equipment replacements. They can also enhance the performance of infrastructure, such as by improving drinking water quality and reducing pressures on water treatment facilities.

The coming wave of infrastructure investment in the Latin American and Caribbean region is an opportunity to drive finance to NBS in ways that create win-wins for development and nature. Some NBS projects in the region are already improving infrastructure services. For example:

The benefits of NBS extend far beyond infrastructure. New research found that there are more than 156 NBS projects in the region that aim to improve infrastructure performance in the water, transport, energy and housing sectors. At least seventy-two of these projects also focus on improving livelihoods and 30 have designed strategies to create employment opportunities for local community members. More than half of the projects studied aim to benefit biodiversity. Many also aim to generate recreation and ecotourism, improve public health and enhance food security. With the right support, these projects have the potential to help change the region’s development trajectory for the better.

NBS projects need larger-scale investment and to be considered a core infrastructure strategy. While many NBS projects are being implemented in Latin America and the Caribbean, over half are still in the preparation stage and seeking funding or financing to scale up operations. Many NBS projects are also grant-based, missing out on the growth potential that private finance can offer, and may lack financial security. Nearly three-quarters of the projects studied rely on grants as a core part of their funding model, while 45% are solely grant-based. Although infrastructure service providers and private companies stand to benefit from NBS, a minority of NBS projects in the region have secured funding or participation from these entities.

Governments, infrastructure service providers and investors need to support the NBS agenda more deeply to unlock investment for these projects. These stakeholders can leverage a wealth of existing knowledge to help guide on-the-ground deals, develop routine processes to integrate NBS with gray infrastructure, and strengthen connections between projects and investors. IDB and WRI have identified priorities for the region that need to be addressed to fill the investment gap, including:

1. More engagement from investors to drive financial innovation for NBS.

While most NBS projects in the region are currently grant-funded, some have already tapped into economic instruments like tax funds or utility fees, or return-based instruments like loans. These projects have more consistent funding year to year and/or larger funds to put toward their projects, allowing them to reach scale more quickly. NBS projects in the region can also learn from workhappening internationally on NBS finance, such as innovations with green bonds, blended market-rate and concessional loans, land-based financing strategies, insurance policies and endowments.

To generate even more financially secure NBS projects, investors need to come to the table. Donors and development partners, such as multilateral development banks, can support NBS project preparation by providing resources and technical assistance that can transition projects into more financially secure models. Increasing their engagement with infrastructure service providers will be critical to ushering in the next wave of NBS projects across the region.

IDB has made important strides to increase NBS investment. The IDB Infrastructure Sector and Climate Change and Sustainable Development Sector invested in 28 projects with NBS components, with total investments amounting to $813 million between 2015 and 2020. IDB also championed NBS through its Mainstreaming Natural Capital and Biodiversity Reports, innovative blended financing instruments supported by the Natural Capital Lab and support of partnerships such as the Latin American Water Funds Partnership. In the future, NBS will be part of the IDB’s Action Plan for Mainstreaming Natural Capital and Biodiversity, and it is already being included upstream in IDB country strategies. IDB can also help transfer successful financing approaches to new locations.

2. Robust monitoring and evaluation to inspire investor confidence in NBS.

Investors are seeking green projects, but they need proof of nature’s performance in delivering cost savings and generating returns. Collecting and communicating evidence of these projects’ benefits and return on investments will be critical to build credibility for NBS and gain the necessary financial and political support. A breadth of research exists that shows the potential cost-effectiveness of investing in NBS to achieve infrastructure objectives and to support community well-being; however, many of these studies are built on the forecast benefits of NBS, rather than observed data of project performance.

The collection of projects covered in the new research represents an untapped network of experiments that could deliver meaningful and robust findings to support effective NBS design and adaptive management across the region. While 60 of the studied NBS projects already have plans to monitor and evaluate their biophysical or socioeconomic impacts, and 23 aim to develop these plans, only nine projects provided results to the IDB-WRI study. Donors should note the need for a boost in NBS monitoring and sharing this data.

The identification of high-value and feasible NBS should be a routine part of the infrastructure planning and project preparation process. Considering NBS in planning will help bolster the pipeline of investment-ready NBS projects. Resources from institutions such as the IDB, the World Bank, WRI, the International Union for Conservation of Nature, Conservation International, the US Army Corps, the European Union, and others help guide the incorporation of NBS into infrastructure project planning and implementation. This knowledge needs to be adopted by stakeholders driving infrastructure and development decisions on the ground. At MDBs, there is also an opportunity to mainstream NBS into country strategy and planning processes, as IDB and other banks have begun to do.

Paving the Way to Unlock Investment in NBS

Strategic investments in healthy, well-functioning ecosystems can protect populations against mounting threats and nurture economic growth. Since NBS is still a new approach, not all world regions are at the same level of readiness to scale up these strategies. But the Latin American and Caribbean region is poised to lead on NBS, if it receives the right type of support — resources for project preparation, buy-in from infrastructure operators and governments, and access to climate finance and private finance. If the region is empowered to succeed on ongoing NBS work, it will generate new innovations that could inspire action worldwide.