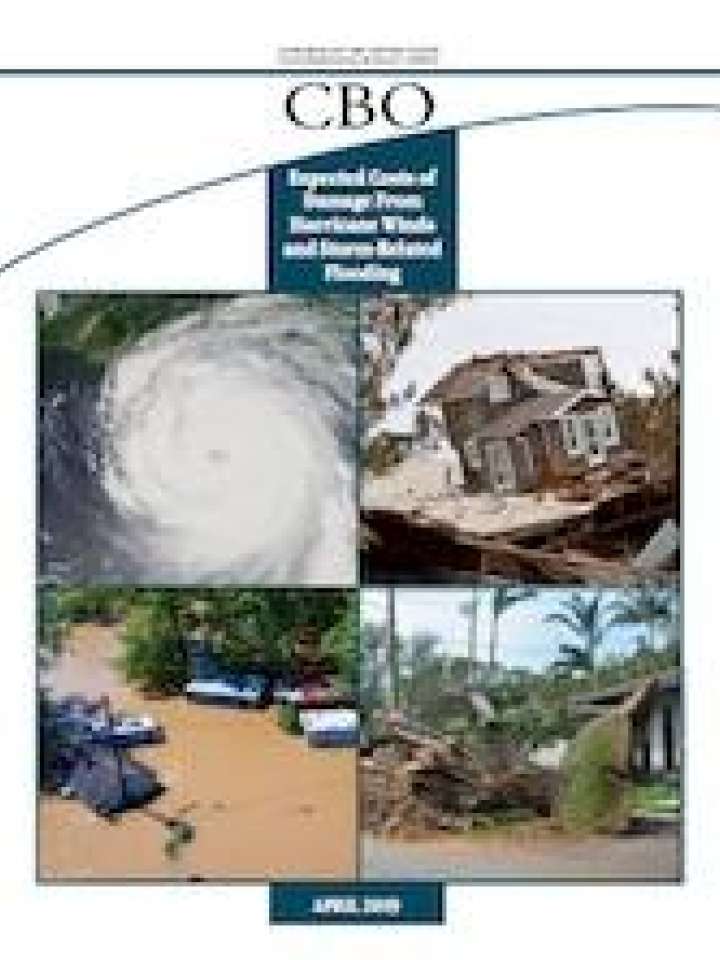 Strong winds from hurricanes and tropical storms, and flooding from storm surges and heavy rain, inflict losses on various sectors of the economy. They also impose costs on the federal budget. In this report, the Congressional Budget Office estimates expected values of those economic and budgetary costs. Expected costs represent average annual costs over the long run based on current conditions for climate, sea levels, and property development in places at risk of such storms.

For most types of losses to the U.S. economy caused by hurricane winds and storm-related flooding, expected annual costs total $54 billion, equivalent to 0.3 percent of the nation’s current gross domestic product. That total consists of $34 billion in expected annual economic losses to the residential sector, $9 billion to commercial businesses, and $12 billion to the public sector.

Policymakers can reduce losses and their effects on the federal budget by increasing federal funding to assess flood risks or to lessen damage if storms occur. Policymakers can also expand purchasing requirements for flood insurance, and increase the share of disaster assistance paid for by state and local governments. Without changes, storm-related costs are likely to rise in the future because of climate change and increases in development in risky areas.