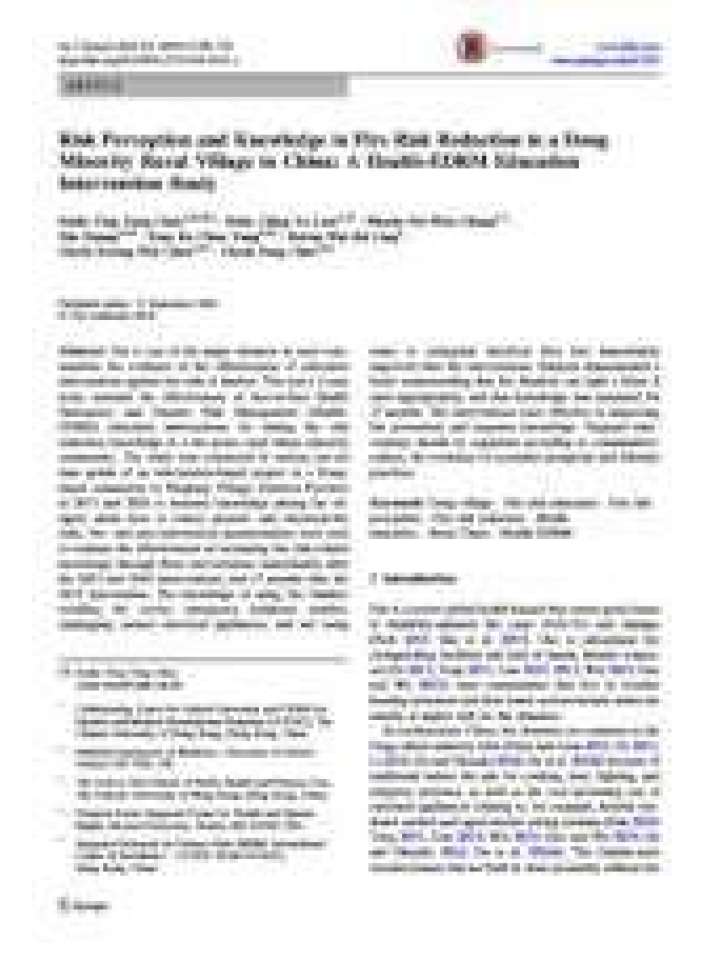 Fire is one of the major disasters in rural communities but evidence of the effectiveness of education interventions against fire risks is limited. This was a 2-year study that assessed the effectiveness of face-to-face health emergency and disaster risk management (Health-EDRM) education interventions for raising fire risk reduction knowledge in a fire-prone rural ethnic minority community.

The study was conducted in various pre-set time points of an intervention-based project in a Dong-based community in Nanjiang Village, Guizhou Province in 2015 and 2016 to increase knowledge among the villagers about how to reduce general- and electrical-fire risks.

The interventions were effective in improving fire prevention and response knowledge. Targeted interventions should be organized according to communities’ culture, the evolution of economic prosperity and lifestyle practices.