Preserving our freedom: Ending institutionalization of people with disabilities during and after disasters 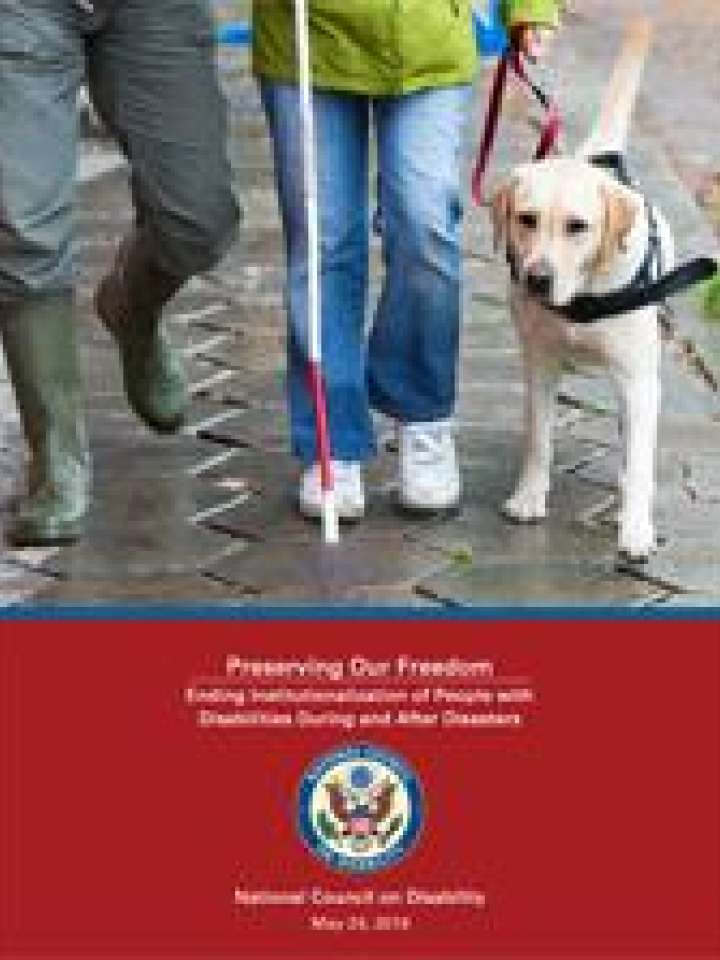 The National Council on Disability finds that people with disabilities are frequently institutionalized during and after disasters due to conflicting federal guidance and a lack of compliance with federal law.