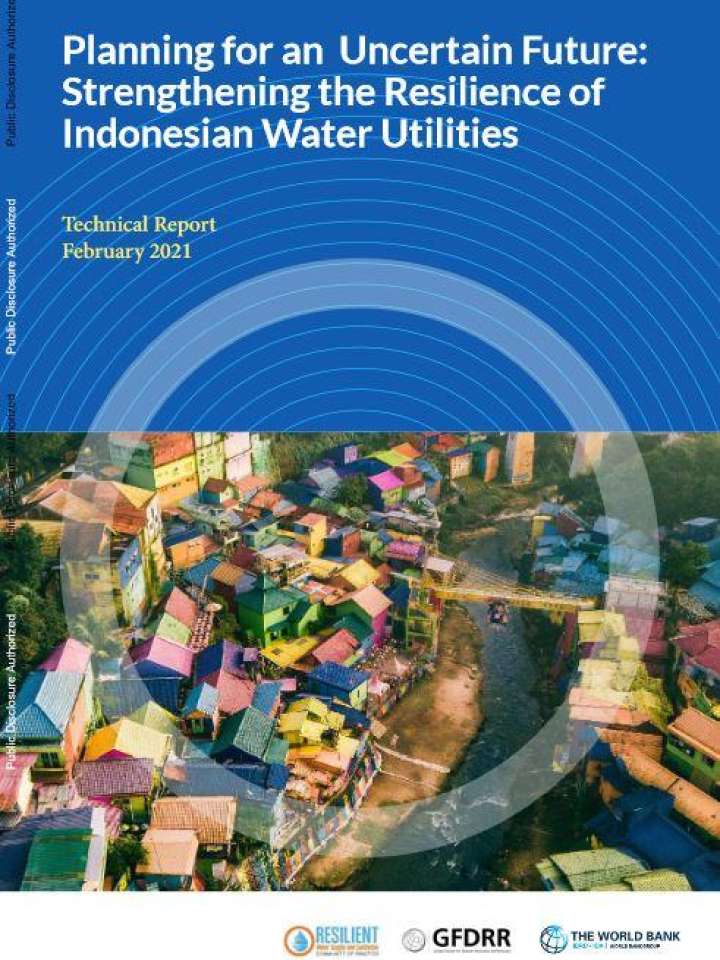 This chapter introduces the importance of integrating climate change adaptation and disaster risk management principles in the water supply sector. It demonstrates why technical capacity and funding resources in this area should be enhanced to reduce risk. Indonesia’s location in a very active seismic zone naturally exposes it to significant geophysical hazards (earthquakes, volcanic eruptions, tsunamis).

In addition to these geophysical hazards, climate models project an increase in the frequency of heavy rainfall in the region, which is worrisome because flooding and landslides are the two most frequent and widespread natural disasters experienced in Indonesia. Indeed, climate change will not only increase flooding hazards; it will also worsen weather variability, resulting in recurrent cycles of too much water and then too little. (For example, the very strong El Nino of 2015-2016, which caused severe drought in Southeast Asia, was followed by a La Nina, which caused higher-than-average rainfall in the latter part of 2016, resulting in flash floods in many areas.