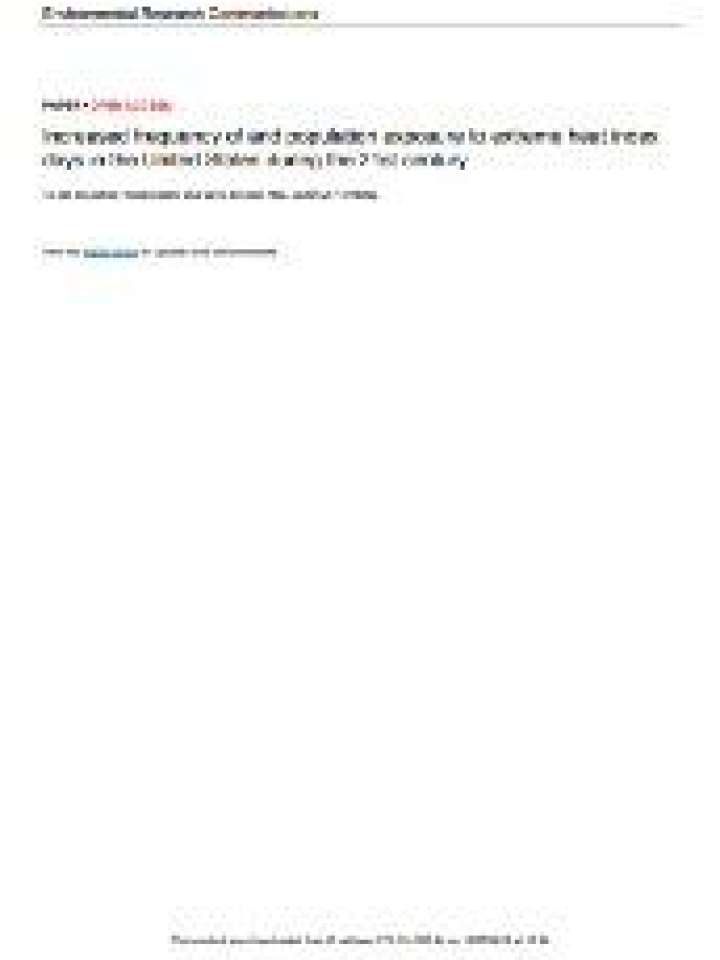 The National Weather Service of the United States uses the heat index—a combined measure of temperature and relative humidity—to define risk thresholds warranting the issuance of public heat alerts. The authors of this paper use statistically downscaled climate models to project the frequency of and population exposure to days exceeding these thresholds in the contiguous US for the 21st century with two emissions and three population change scenarios. The authors also identify how often conditions exceed the range of the current heat index formulation.

These 'no analog' conditions have historically affected less than 1% of the US by area. By mid-21st century (2036–2065) under both emissions scenarios, the annual numbers of days with heat indices exceeding 37.8 °C (100 °F) and 40.6 °C (105 °F) are projected to double and triple, respectively, compared to a 1971–2000 baseline. In this timeframe, more than 25% of the US by area would experience no analog conditions an average of once or more annually and the mean duration of the longest extreme heat index event in an average year would be approximately double that of the historical baseline.

By late century (2070–2099) with a high emissions scenario, there are four-fold and eight-fold increases from late 20th century conditions in the annual numbers of days with heat indices exceeding 37.8 °C and 40.6 °C, respectively; 63% of the country would experience no analog conditions once or more annually; and extreme heat index events exceeding 37.8 °C would nearly triple in length. These changes amount to four- to 20-fold increases in population exposure from 107 million person-days per year with a heat index above 37.8 °C historically to as high as 2 billion by late century. The frequency of and population exposure to these extreme heat index conditions with the high emissions scenario is roughly twice that of the lower emissions scenario by late century.