European state of the climate 2018: Summary 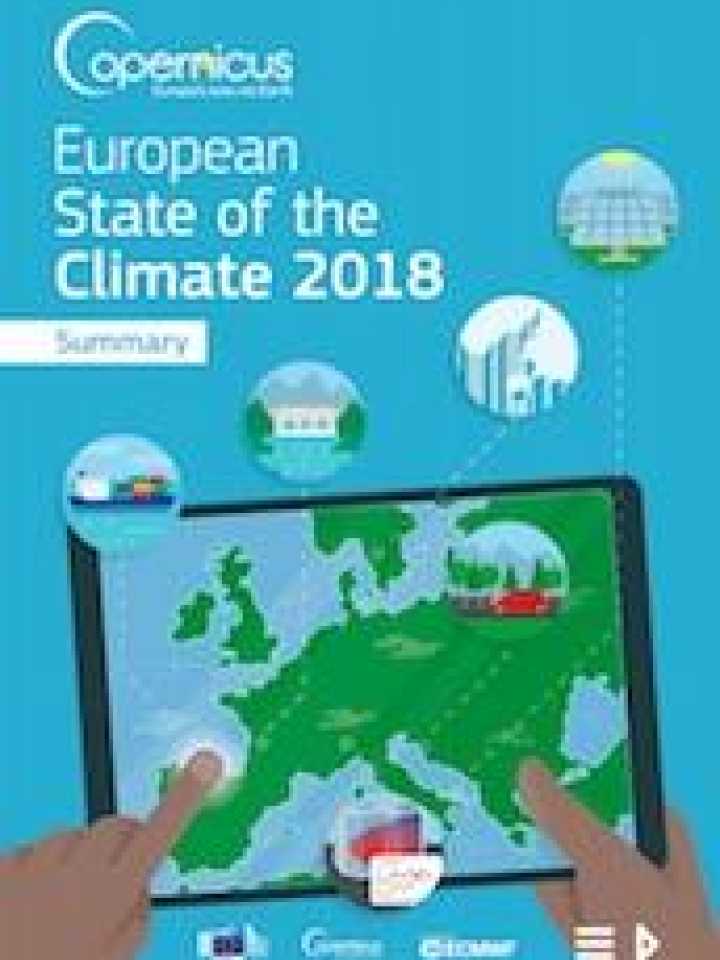 2018 was one of the three warmest years on record for Europe. It began with a relatively cold period across most of the region. Throughout the rest of the year, northern, central and western Europe experienced sustained warm and dry conditions, while the south, in particular areas along the Mediterranean coast, saw a long period of repeated heavy rainfall events, making spring and summer in those regions amongst the wettest on record.

The content in this summary report builds on the latest measurements from satellites and in situ stations, on data from global ‘reanalyses’ - a combination of computer modelling and multiple historical data sources - and on model-based estimates. By comparing 2018 against a reference period, we can see how the year fits within a longer-term context. Generally, the reference period used is 1981-2010, but where less extensive data records are available, in particular those based on satellite measurements, more recent and shorter periods are used.

The full European State of the Climate 2018 report gives a general description of the year as a whole, including a view of the European sector of the Arctic. It illustrates in further detail the events mentioned above, and explores associated variations in sunshine duration, vegetation and soil moisture, river discharge, wildfires, glaciers and sea ice. Finally, a number of key indicators for climate change are highlighted, placing the events and their impacts into a longer-term global context.