Dynamics of socioeconomic exposure, vulnerability and impacts of recent droughts in Argentina 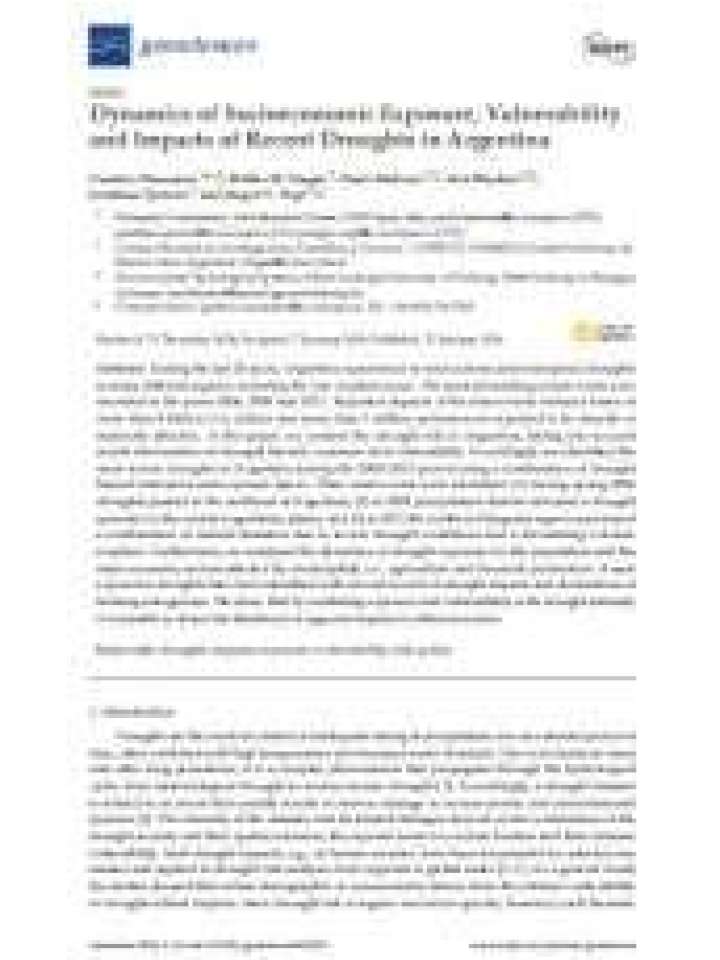 This paper analyses the drought risk in Argentina, taking into account recent information on drought hazard, exposure and vulnerability.

During the last 20 years, Argentina experienced several extreme and widespread droughts in many different regions, including the core cropland areas. The most devastating recent events were recorded in the years 2006, 2009 and 2011.

Reported impacts of the main events induced losses of more than 4 billion U.S. dollars and more than 1 million persons were reported to be directly or indirectly affected.

Accordingly, this paper identifies the most severe droughts in Argentina during the 2000–2015 period using a combination of drought hazard indicators and exposure layers. Three main events were identified:

Furthermore, it analyses the dynamics of drought exposure for the population and the main economic sectors affected by municipality, i.e., agriculture and livestock production. Assets exposed to droughts have been identified with several records of drought impacts and declarations of farming emergencies. We show that by combining exposure and vulnerability with drought intensity it is feasible to detect the likelihood of regional impacts in different sectors.