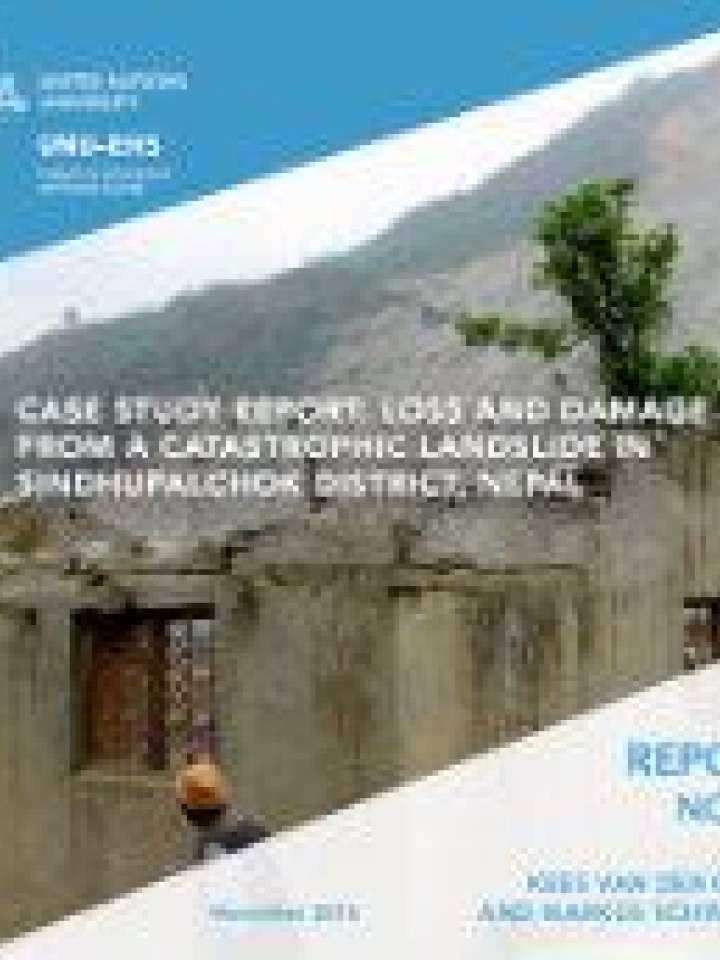 On 2 August 2014 a major landslide struck in a densely populated area 80 km northeast of Kathmandu, the capital of Nepal. With a death toll of 156, it was one of the deadliest landslides in Nepalese history. This report presents the findings of a case study that investigated the loss and damage resulting from this catastrophic landslide. The central research question of this project is: what losses and damages did the 2014 landslide in Sindhupalchok District cause to households in the area; how effective were their preventive and coping measures; and what were the major constraints?

This research applied a mixed-methods approach, consisting of a household survey, focus group discussions, expert interviews and secondary sources. The survey was conducted in Nepal’s mountainous Sindhupalchok District. The research showed that households experienced significant losses and damages to houses and land. With 80 per cent of the sample affected, impact on crops was the most common, but led to limited losses and damages in monetary terms. Loss of soil or land was experienced by almost as many respondents (79%), and led to the most severe losses and damages in monetary terms. The mean cost amounted to more than $26,000 per affected household.