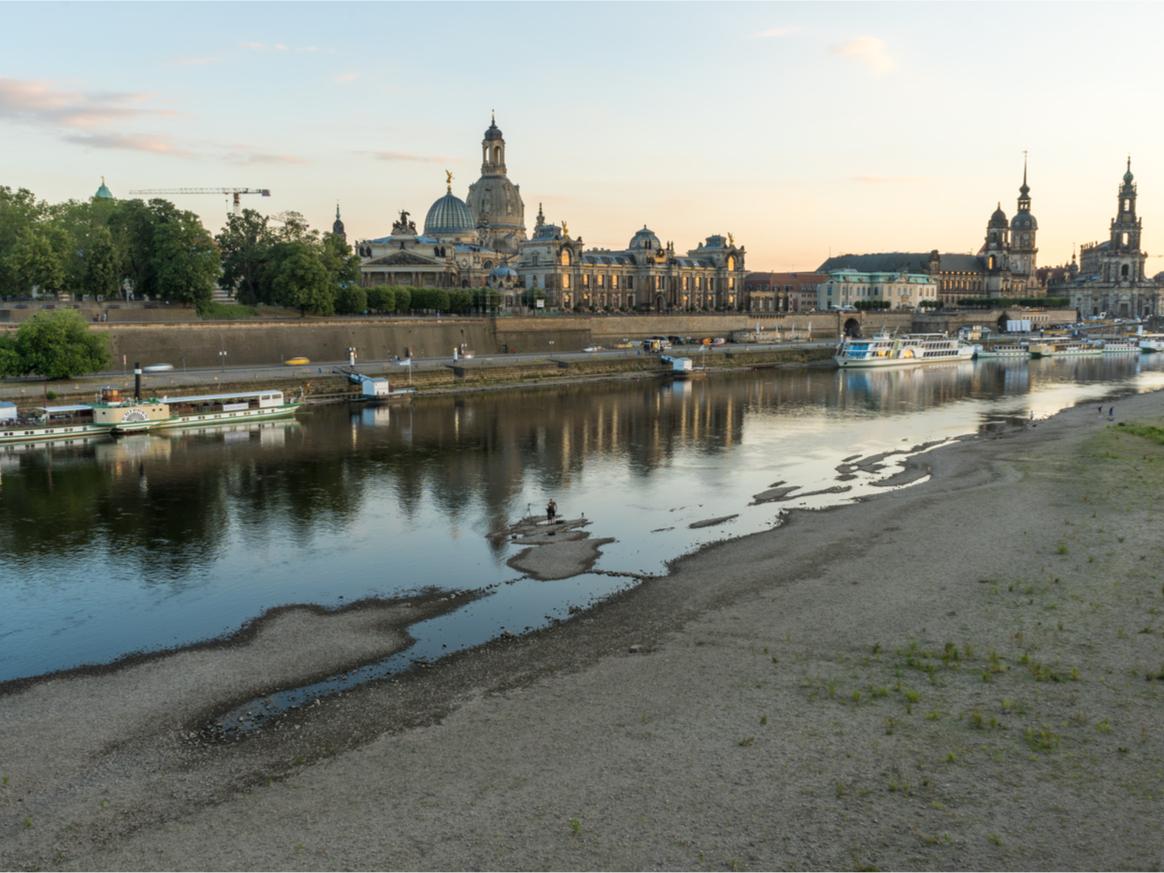 In the past 20 years, Central Europe has experienced six summer heat waves and droughts. Until now, however, it was unclear what factors led to these extreme events. Researchers from two Helmholtz Centres (AWI & UFZ) have now discovered that in Central Europe, temperature and precipitation patterns in April play a vital role in determining whether or not the soils are drier than average in the following summer. If the April is too warm, with little precipitation, a large proportion of the moisture stored in the soil evaporates, making a summer drought more likely. The team has also identified one of the reasons for the repeated dry Aprils and the correspondingly increased risk of drought. Decreasing temperature differences between the Arctic and the middle latitudes lead to a shift in the jet stream and the formation of a blocking high-pressure system over the North Sea and parts of Germany. This in turn means that the April weather in Central Europe is getting much too warm and dry, as the researchers report in a study released today in the Nature Partner Journals “npj Climate and Atmospheric Science”.

Monica Ionita, a climatologist and expert on weather forecasting at the Alfred Wegener Institute, Helmholtz Centre for Polar and Marine Research (AWI), can still remember it clearly: in late April 2018, it was so hot in Bremen that she put a paddling pool in the garden for her daughter, although it should have been much too early to splash around outdoors. She now knows that the spring heat wave at the time provided the impetus for the following summer being one of the driest in the history of Central Europe.

“Since the turn of the century, Central Europe has experienced repeated summer heat waves and droughts, which have caused damage amounting to millions of Euros. To date, attempts to correctly predict such extreme events have been unsuccessful because the influence of the spring has been underestimated. That is why we decided to closely investigate the links between the weather in spring and that in the subsequent summer – for the entire period for which sufficient records are available. In other words, the last 140 years,” the expert reports.

For the analysis, Monica Ionita and her colleagues employed climate (and hydrologic) model outputs as well as statistical methods that the AWI researchers have developed; and had already successfully applied in long-term forecasts of river water levels. The findings show: in the last 14 years, the temperature and precipitation trends in April have changed fundamentally. “While there was little change in the months of March and May in the period 2007 to 2020, April was on average 3 degrees Celsius warmer compared to the reference period 1961 to 2000. In extreme years, like 2018, it was so warm in April that the snow that had fallen in winter virtually evaporated before it had the chance to drain into the soil in the form of meltwater. Furthermore, since 2007, in most regions of Central Europe there has only been half as much rain as in the reference period,” Ionita explains.

In the past 14 years, the absence of precipitation has only been one of the problems: “Rising April temperatures have led to the moisture stored in the soil evaporating. As a result, in spring there was already a marked lack of moisture in the soils of Central Europe, especially in Germany. As a rule, this deficit couldn’t be compensated for in the summer. In other words: the summer drought in the soils was pre-programmed back in April,” adds Rohini Kumar, a hydrologist at the Helmholtz Centre for Environmental Research (UFZ) in Leipzig and co-author of the new study.

The causes of dry springs in Central Europe

But which weather conditions over Central Europe cause the repeated record-high temperatures and dry spells in April? “Our analysis shows that a blocking high-pressure system formed over the North Sea and parts of Germany in that period, and this diverted the jet stream northwards, resulting in spells of sunny and dry weather in Central Europe lasting up to two weeks,” explains Ionita. There was also a phase with similarly low precipitation in April in the period from 1881 to 1895. But at the time it wasn’t as warm, which meant that less moisture evaporated from the soil and there weren’t the long-term effects that we’re seeing today. “The serious consequences of these spring dry spells are largely due to the rising air temperatures,” comments Ionita.

We can’t yet say whether blocking high-pressure systems will determine the April weather in Central Europe in the future, since the climate is subject to natural fluctuations. But in their study, the scientists were able to identify one important driver: “One reason for the formation of stable high-pressure areas is the decreasing temperature differences between the Arctic and the middle latitudes in spring. Under these conditions, the jet stream that controls the weather in Central Europe follows a zigzagging course, allowing the high-pressure system to settle over the North Sea,” Ionita adds.

According to climate scenarios, these initial conditions will also occur in the future. However, high-pressure systems will form less frequently (be less likely to form) if we succeed in achieving the Paris climate goals and limit global warming to 1.5 degrees Celsius by 2100. “If temperature increases exceed this goal, it is highly likely that such high-pressure areas will form. In Central Europe, the month of April will continue to be warmer and drier than it was 20-30 years ago, thus paving the way for large-scale water shortages and arid soils all summer long,” warns the AWI researcher.

“Such a development would have major effects on the soils’ water balance and their associated ecosystem services,” states Kumar, adding: “In recent years, we’ve seen a series of summer droughts throughout Central Europe – with severe consequences in terms of plant productivity and low water-levels in rivers. Understanding the conditions under which such dry periods occur is vital to implement precautionary and preventive measures in time.”

The research work of the UFZ scientists involved was carried out within the bilateral project XEROS (eXtreme EuRopean drOughtS: multimodel synthesis of past, present and future events) and funded by the German Research Foundation and the Czech Science Foundation.