Odds and evens: a strategy for safely exiting lockdown 2 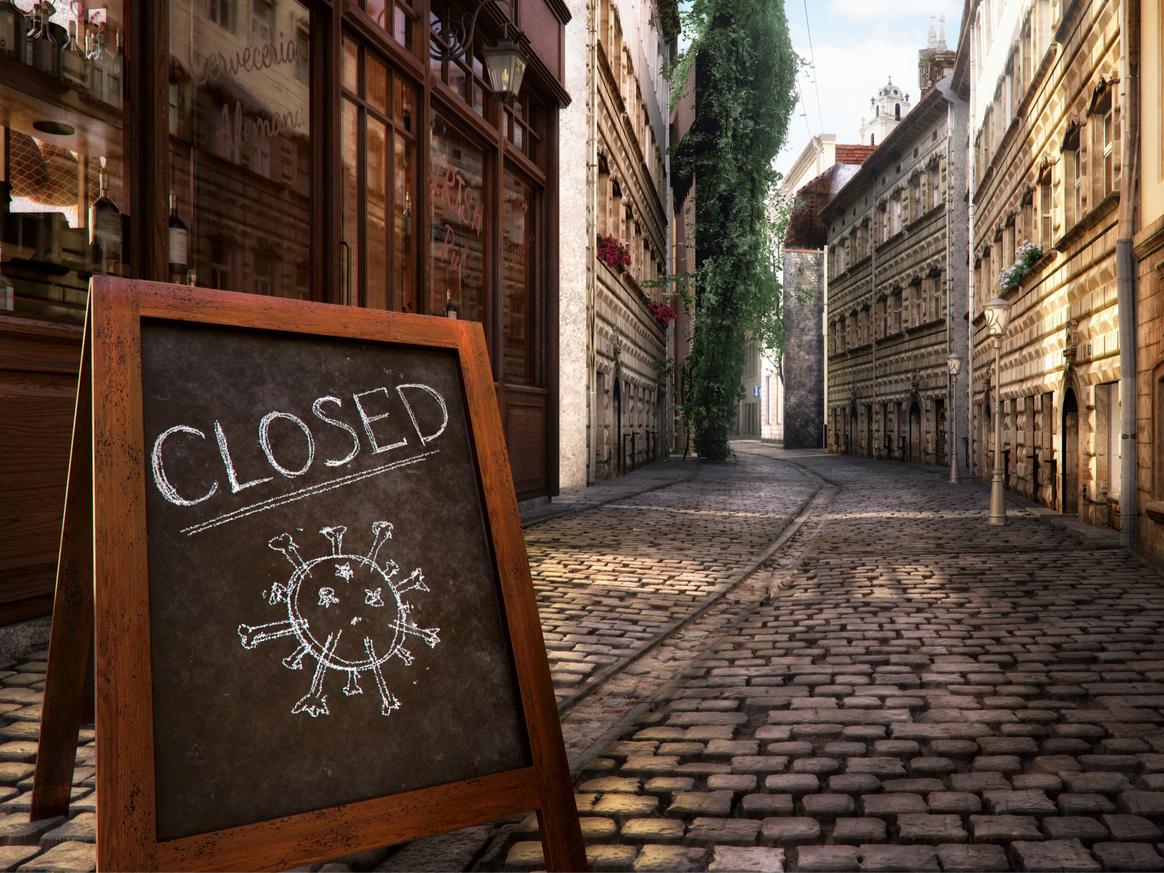 By Laurence Roope and Philip Clarke

As the Danish physicist Niels Bohr once warned, it is difficult to make predictions, especially about the future. This warning is particularly true when it comes to the epidemiology of COVID-19. In the past week, we have learned that cases in the UK have exceeded even the worst-case scenario predicted a few months ago by Sage, the government’s expert advisory group.

The UK and many other countries in Europe are in lockdown again, but what should be done next? While most countries are planning lockdowns of up to a month, we know from the first wave that this may not be long enough to suppress COVID-19 to manageable levels. However, we also know that prolonged lockdowns come at a heavy price, including:

Economic costs: the International Monetary Fund (IMF) estimates that in 2020 GDP across Europe will fall by almost 8%.

Impacts on other aspects of health, such as mental health.

A key difficulty for governments is that they do not know with any certainty how transmission rates might increase if restrictions are removed. Based on our research, we believe there is a case for a cyclic lockdown policy, which could help control the spread of COVID-19 and also provide evidence to help predict the future much better.

While there has been a deluge of COVID-19 research, when it comes to understanding community transmission it is often hard to isolate the effect of individual social distancing policies on the spread of COVID-19. Take the recent rise in COVID-19 cases, how much is due to resumption of schools and universities versus changes in weather?

A better approach is to build a controlled experiment into policy to allow rapid evaluation. This approach was used in California during the 1918 influenza pandemic to evaluate the effectiveness of wearing masks. A policy that enforced the wearing of masks in San Francisco was evaluated by comparing rates of influenza to a control city of Oakland that did not enforce this policy.

More than 100 years later, in contrast to the thousands of randomised controlled trials investigating ways to treat COVID-19 with drugs, there are almost no controlled experiments assessing social distancing policies. As a recent review concluded:

How could controlled policy experiments be conducted to help inform policies on how to end the current lockdown? One approach would be to alternate between periods of lockdown and removal of restrictions for different groups in the population.

A variety of such cyclic policies have already been tried by several governments in the first wave of the pandemic (see the table below). The idea is that only half the usual population numbers are out mixing at any one time, which reduces the risk of transmitting the virus. 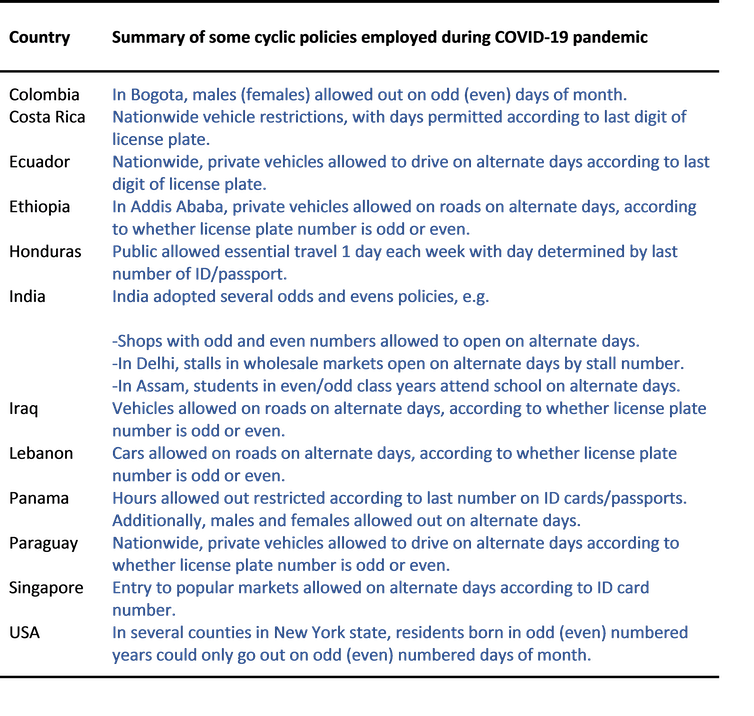 Epidemiological modelling suggests that longer cyclic policies are likely to be more effective. Most people are at their peak infectiousness three to six days after catching the virus. So, with a weekly cyclic policy, if someone contracts COVID-19 during a week they are not locked down, they will probably be most infectious during the following week, when they are locked down.

Unlike an on-again, off-again policy with uncertain timing, a planned cyclic lockdown could provide a way to sustain much of the benefits of social distancing for a longer period. It would also allow a greater and more predictable level of economic activity to continue – for instance, pubs could reopen, but with half the customers. Cyclic policies could also help with the development of an effective test-and-trace system, as there should be fewer cases and less contacts to trace than if lockdown is fully removed.

A cyclic policy could involve two almost identical halves of the population alternating in and out of lockdown on consecutive weeks. A way of implementing such a policy experiment is adopting an odds-and-evens policy based on house number. 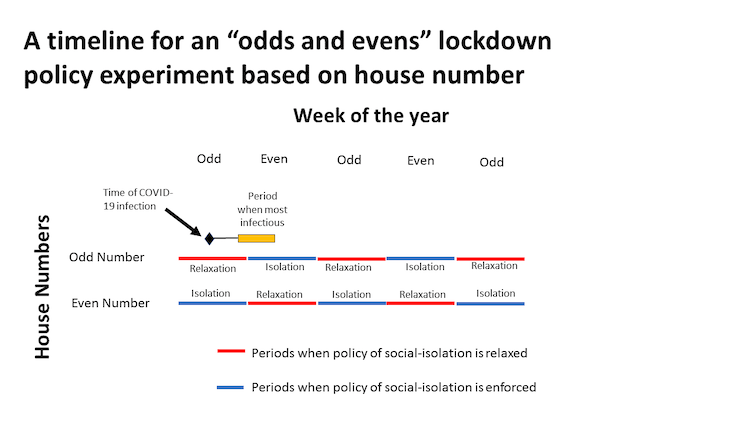 The effect of the cyclic policy on COVID-19 cases could easily be measured as a person’s address, including their house number, is routinely collected by many healthcare systems. As there should be no other differences between odd and even households, the impact of relaxing the lockdown would become apparent by comparing the pattern of cases in the two groups over time.

Governments could obtain robust evidence from a controlled experiment and then decide if lockdown should continue or be lifted. Just as in a science like physics, where experimental and theoretical research are complementary, government policies need to be based on firm experimental evidence to find the best ways to combat COVID-19 and save lives.

Indexing risk to recover from COVID-19