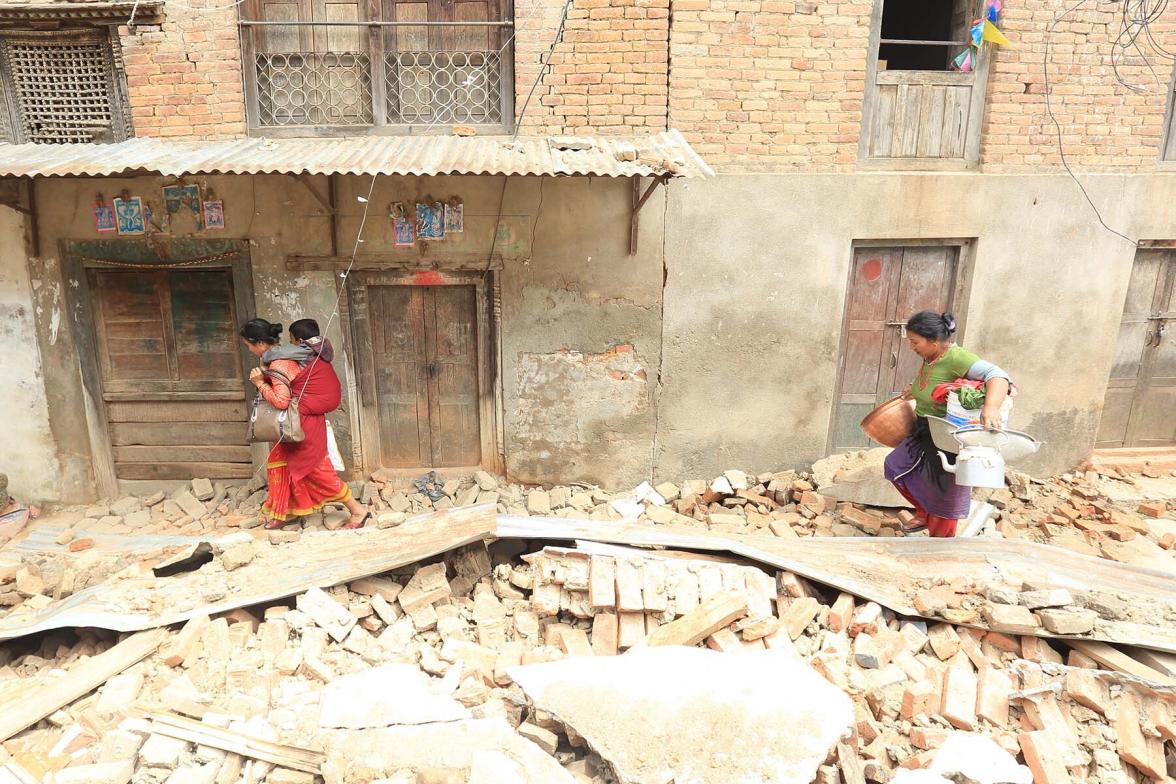 Does one kind of disaster prepare us for another? Five years after devastating earthquakes struck, Nepali citizens and their government are pondering this question while under lockdown due to the coronavirus pandemic.

After the earthquakes in 2015, nearly 9,000 people died, while more than 800,000 lost their homes and 2.8 million were displaced. In many rural areas, the earthquakes compounded the effects of a decade-long civil war that ended in 2006 but left the country in a period of protracted political instability.

Now, Nepal’s nearly 30 million citizens have been mandated to stay at home since March 24, and the tourism trade and other international supply chains upon which the country depends are severely curtailed. Despite relatively few confirmed cases earlier, the virus is now spreading through many of the country’s districts.

Nepal’s experience with these cascading upheavals can help us understand how multiple vulnerabilities may not only challenge communities, but also help them generate complex approaches to anticipating and mitigating systemic disruptions. These are skills needed to tackle the pandemic everywhere.

Each disaster is different, but they can reveal systemic patterns in their aftermaths. In Nepal, the civil conflict, the earthquake and now the pandemic have all occurred during rapid economic and social transformation, including Nepal’s shift from an agrarian to a cash economy, and the expansion of labour migration.

When disaster hits, those who are already most precariously positioned within these large-scale processes of transformation may suffer most. In each of Nepal’s three crises, top-down response mechanisms have fallen short in engaging its most vulnerable citizens.

Sustainable peace remains far from reality. This is partly because some of the most affected populations were not substantively included in the peace process after the civil war. (Nepal’s Truth and Reconciliation Commission has never completed its task).

Similarly, earthquake-affected people were not fully included in planning reconstruction policies, such as the choice of materials and housing designs. Many are dissatisfied with the reconstruction approach and the houses they had to build.

Civil war and political instability pushed more people into migration, leading to remittances now making up 30 per cent of the country’s GDP.

First, rapidly setting up disbursement authorities and channels are key. But vested political interests can overshadow the immediate needs of disaster response. It took about six months for the NRA to be officially mandated and operational. The delay was due to conflicts among the political parties.

Second, payments must be significant and easy to receive. Payments that are too low simply go into daily survival expenses. While welcome, they did not enable homeowners to complete reconstruction. Most families had to supplement with remittances or other income.

Five years after the disaster, the formal reconstruction completion rate hovers at about 65 per cent. Many remain unable to complete reconstruction or continue to live in vulnerable structures.

Stringent building codes enforced by engineers — in a place where most homeowners had previously built their own residence without needing a building permit — drastically slowed down the disbursement process, as many people could not meet the design requirements due to lack of capital, materials or skilled labour. Regulations were eventually relaxed to enable people to complete their houses and receive the full amount of the grant.

Women and members of historically marginalized groups faced disproportionate challenges in accessing such resources to build their homes. Although gender equality and social inclusion provisions were emphasized in reconstruction policy documents, implementation has been lacking on the ground. The NRA lacks any visible evidence of women in leadership roles.

Third, the informal financial sector was key for accessing loans; although the NRA portrays disbursement through banks as having enhanced transparency and enabling a large section of the rural population to access financial institutions, there were significant limitations in this process.

Banks imposed such taxing conditions on borrowers that few accessed official government subsidized loans. Instead, many turned to informal borrowing from relatives, local private lenders and cooperatives. While flexible and mostly guided through community-based social norms, some of these loans had abusive interest rates.

For those who have nearly completed rebuilding, the present lockdown may present an opportunity to finish domestic projects. With no opportunities for wage labour, some families are using the time at home to add finishing touches to their new residences. But for those who have not been able to complete construction, the lockdown may seem like a cruel joke. How can you stay at home when you do not have one?

The informal economic sector has been devastated with the COVID-19 lockdown, increasing risks to those already most in need. Working class people in marginal economic situations and migrants who are not protected by social security have been further marginalized by all three crisis situations.

The country is now experiencing caravans of internal migrants returning to their villages after losing jobs in Kathmandu and other cities. Likewise, the international migrants who contribute 30 per cent to the country’s GDP are in precarious situations in destination countries - jobless and unable to feed themselves, but also unable to return home.

Yet the closing of borders and drastic reductions in the flow of people does not mean an end to solidarity. On the contrary the Nepali diaspora can and does help, notably through financial contributions, as they did in the wake of the earthquakes. In the pandemic context as well, they have been a lifeline for many.

Five years on, Nepal’s earthquake-affected communities have not returned to their pre-disaster state. Rather, they have fashioned new lives through a combination of creativity, perseverance, careful use of available resources and hard-earned income, with some state and international intervention. Now, the lessons they have learned may have new meaning.

Deepak Thapa contributed to this piece. He is Director of Social Science Baha in Kathmandu, Nepal.

More about the 2015 Nepal earthquake

Nepal — four years after: on a path to recovery