The tallest tsunami wave ever recorded killed only 5 people 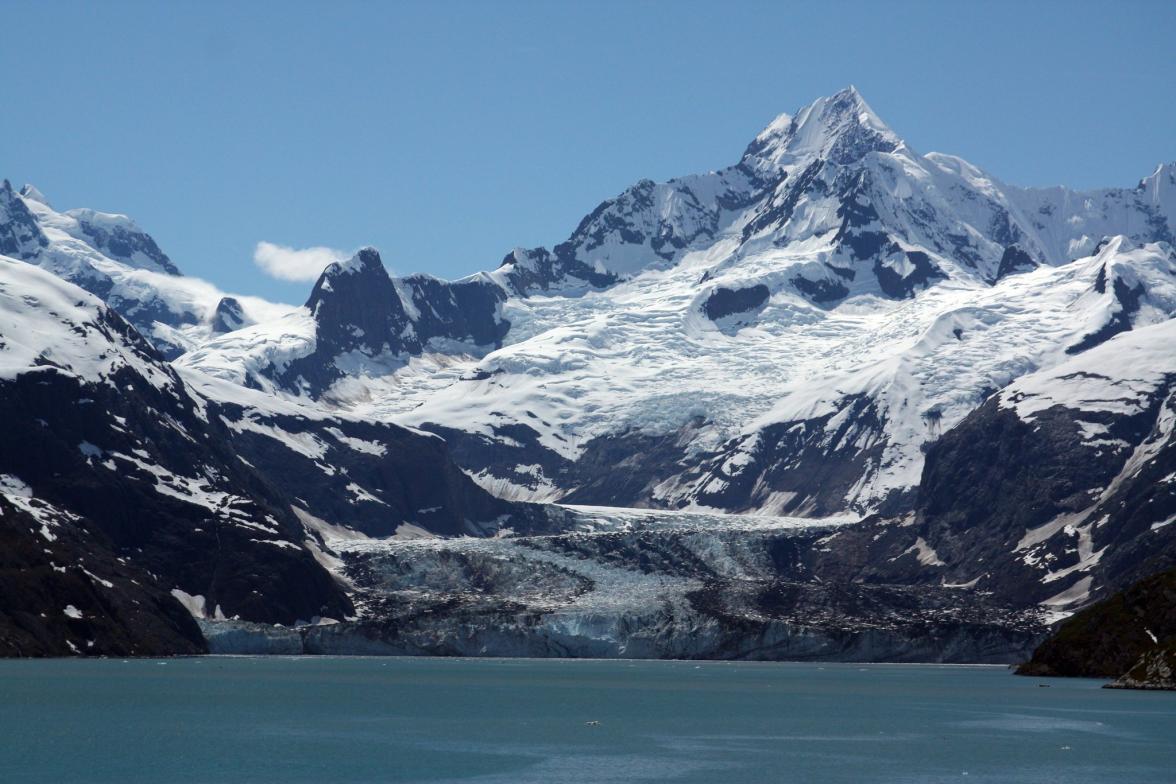 Tsunamis are natural events and disasters are not natural. These series of powerful waves are only devastating if people and their livelihoods get in the way. To measure the impact of a tsunami you should not measure the size of the wave, but the level of human suffering caused.

In fact, the largest tsunami wave ever recorded broke on a cool July night in 1958 and only claimed five lives. A 1,720 foot tsunami towered over Lituya Bay, a quiet fjord in Alaska, after an earthquake rumbled 13 miles away.

This massive tremor triggered around 30.6 million cubic meters of rock to fall 3,000 feet into the Lituya Glacier, causing a torrent of displaced water to rear up and form a monstrous wave which, miraculously, only killed five people.

Legend (and scientific record) has it that the Gulf of Alaska is no stranger to tsunami. On a normal day it’s a sleepy landscape of vast mountain ranges topped with snow and ice. But this docile part of the world has felt some of nature’s most violent behaviour. 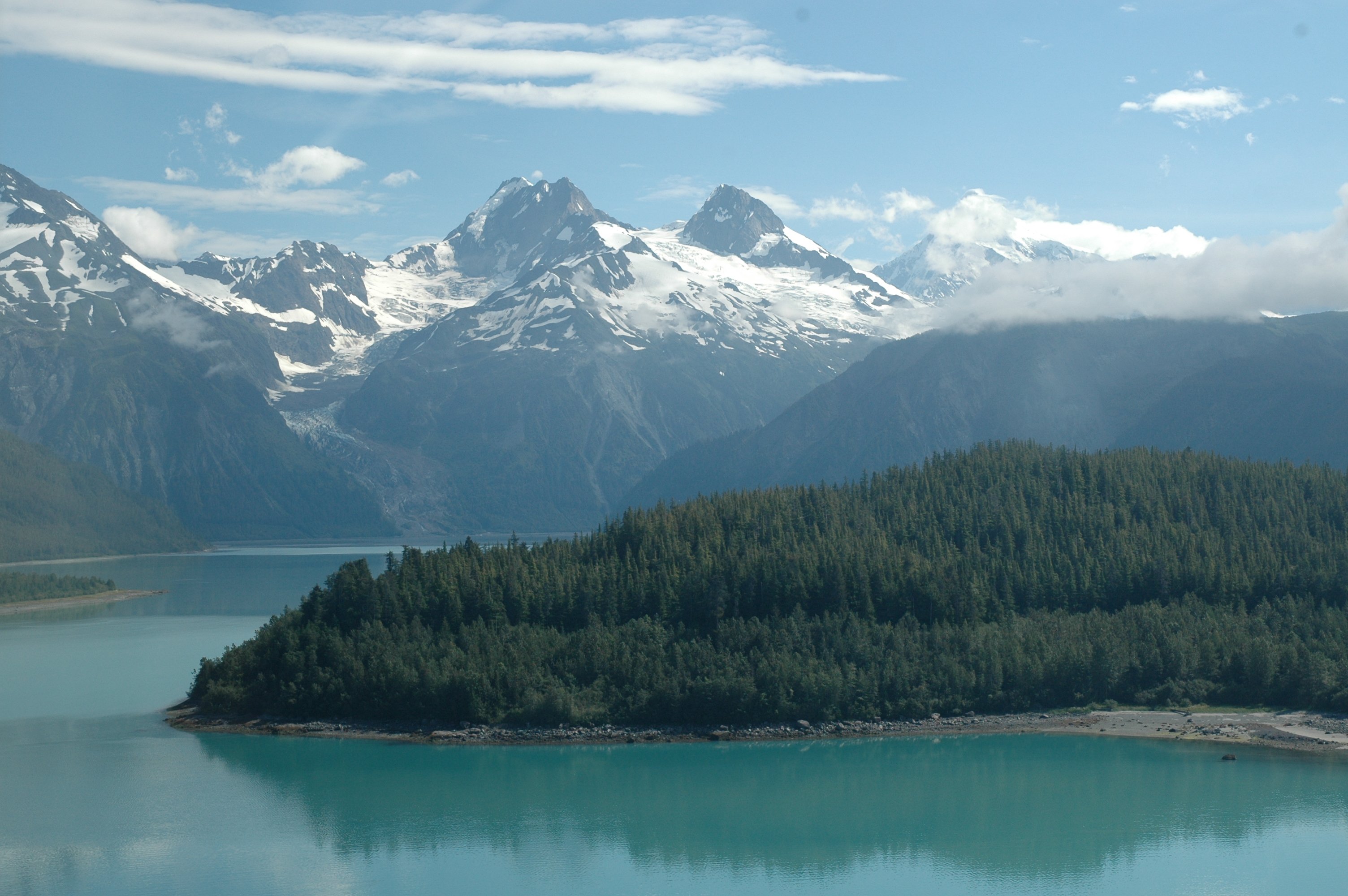 The shape of Lituya Bay creates the perfect environment for tsunami to rise and fall and explains why it’s been the tsunami wave record holder for the last 60 years. 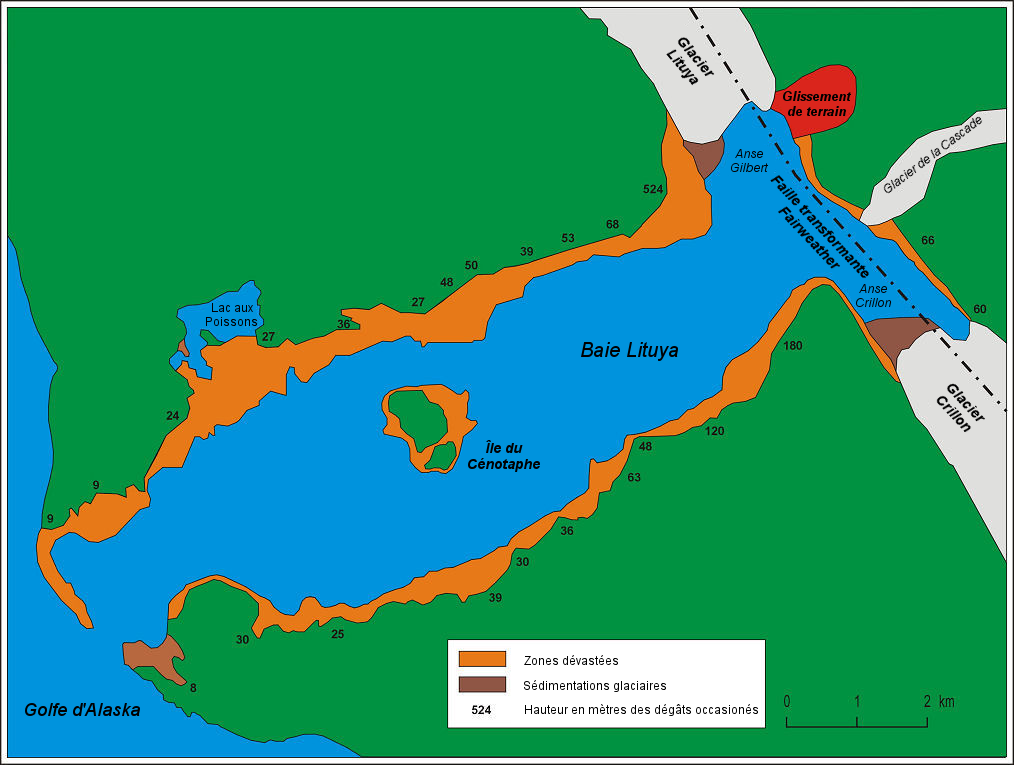 
Destruction but not disaster

The treacherous waters around this part of the Alaskan coast are a well known risk for sailors. At times currents reach 14 miles per hour and numerous explorers from the 16th to 19th centuries met their fate in the region.

This dark concoction of powerful, twisting waters and unsteady ground made the ultimate wave.

What turns a tsunami into a disaster is when it affects populations. Luckily few people were around to feel its destruction that night.

The series of waves sank one boat that was resting near the entrance to the bay, killing the husband and wife inside. A second boat in the middle of the bay survived. Their vessel smoothly carried them 80 feet high over the wave’s crest.

As the tsunami continued to power through the Bay at 100 miles an hour, it pushed a third boat through the opening into the Gulf of Alaska.

Millions of trees were pulled from their roots as it passed. Damage that can still be observed today.

Despite easily being able to wash over the Empire State Building, the monster wave of 1958 wasn’t the most destructive. That devastating record was broken by the 2004 Indian Ocean tsunami that was one tenth of the height.

On 26th December 2004 an earthquake that hit over 9.3 on the Richter Scale caused a tunnel of water. The tsunami travelled over 3,000 miles impacting 17 countries in Southeastern and Southern Asia and Eastern and Southern Africa. With a recorded death toll of 230,000 people and damages over $10 billion, it is one of the worst disasters the modern world has ever seen.

Unlike the 500m wave that hit 60 years ago, that broke with almost no one around, this utter destruction was possible because of the hundreds of hotels and businesses built in a tsunami risk zone.

It highlights the need to carefully think about where homes and businesses are built to avoid the creation of new risk and reduce exposure to people at risk. Only when this is taken into account can we stop natural events turning into disaster.

More about the Indian Ocean Tsunami 2004

USA: New tsunami evidence along one of Earth’s largest faults, the Alaska-Aleutian megathrust