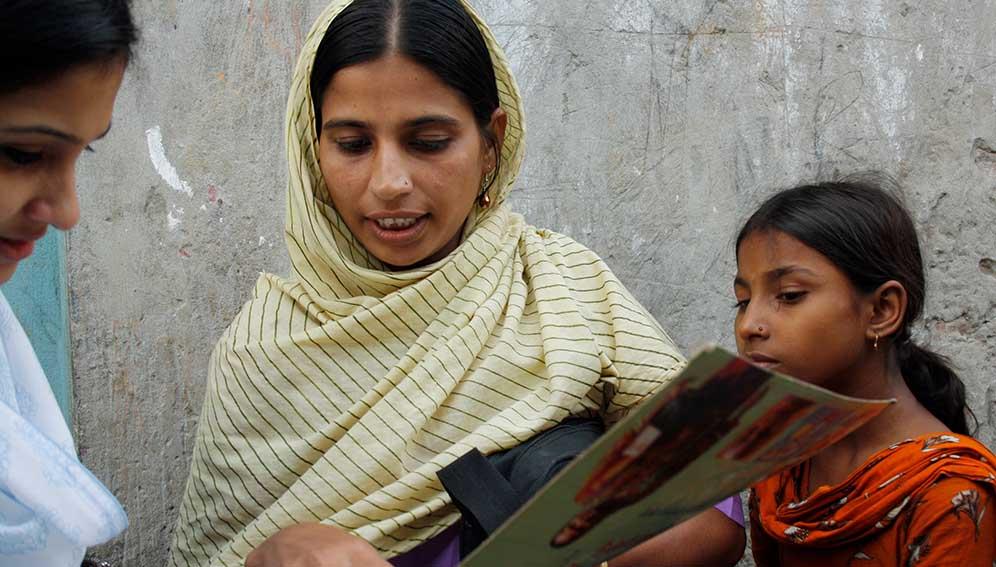 Women are on the coronavirus frontlines as healthcare workers, primary caregivers and migrant workers, but policy responses often fail to consider how gender and epidemics interact.

The Ebola and Zika outbreaks underline the urgent need for gendered analyses, says Clare Wenham, assistant professor in global health policy at the London School of Economics and Political Science.

“What we lack in terms of taking a gender lens to global health is a consistent and unified demand for change. You’ve got a global health system that frequently doesn’t take gender into account across the full range of human health problems.”

Recognising the differing effects on men and women is a “fundamental step” in public health emergency responses, wrote a global group of researchers in a recent comment in The Lancet. “We are not aware of any gender analysis of the outbreak by global health institutions or governments in affected countries or in preparedness phases,” they say.

Globally, women make up about 70 per cent of the health workforce and are primarily responsible for childcare, particularly in countries where schools have closed, the researchers say.

“Not recognising that this creates different needs means you’re then not creating policy to mitigate against it,” says Wenham.

During West Africa’s 2014-2016 Ebola outbreak, women were at higher risk of infection due to their caregiver roles, while being “less likely than men to have power in decision-making”, the Lancet comment authors note. There were also reports of increased domestic violence, sexual violence and teen pregnancies.

Governments and organisations need to consider the indirect gender impacts of epidemics, beyond simple binary data on numbers of cases, says Wenham.

Global travel restrictions mean many female migrant workers have been cut off from their jobs and incomes. Wenham says many of the mainly female domestic workers in Hong Kong, for example, are from the Philippines and send their wages home to their families.

And it is estimated that at least 3600 additional maternal, neonatal and stillbirth deaths resulted from the diversion of healthcare resources towards Ebola in Sierra Leone between 2014 and 2015.

“I think that right now, what we lack in terms of taking a gender lens to global health is a consistent and unified demand for change,” she says. “You’ve got a global health system that frequently doesn’t take gender into account across the full range of human health problems.”

Hawkes says GH5050’s new 2020 report ‘Power, privilege and priorities’, shows that women from low- and middle-income countries make up just five per cent of leaders at global health organisations, while more than 70 per cent of CEOs and health board chairs worldwide are men.

Fewer than four in 10 health organisations report data split out by sex from campaigns. “This is a lost opportunity for understanding the distribution of ill health, who is benefitting from interventions and who is being left behind,” the report says.

Gender approaches should not be treated as a separate issue that only involves women, says Hawkes. “Gender means everybody; it doesn’t just apply to 50 per cent of the population.”

Diah Saminarsih, senior adviser on gender and youth to the World Health Organization (WHO) director-general, says the WHO is looking at the connections between gender and COVID-19. “Colleagues in health emergency are addressing this head-on,” she says.

She points to the WHO’s gendered analysis for polio and an analysis last year of gender in the global health workforce, while the WHO included sex-disaggregated data in its annual Global Health Statistics report for the first time last year.

But she recognises that there is a need to better communicate this, and says the WHO plans to publish an analysis of gender and COVID-19 later this year.

Soumya Swaminathan, chief scientist at the WHO, highlighted the opportunity in the COVID-19 outbreak to spotlight the often unrecognised role of women at the front line.

“The gender elements of how women are impacted by this health emergency are not well-captured enough,” says Saminarsih, adding that “policies for women are often not being decided by women”.

This piece was produced by SciDev.Net’s Global Edition desk