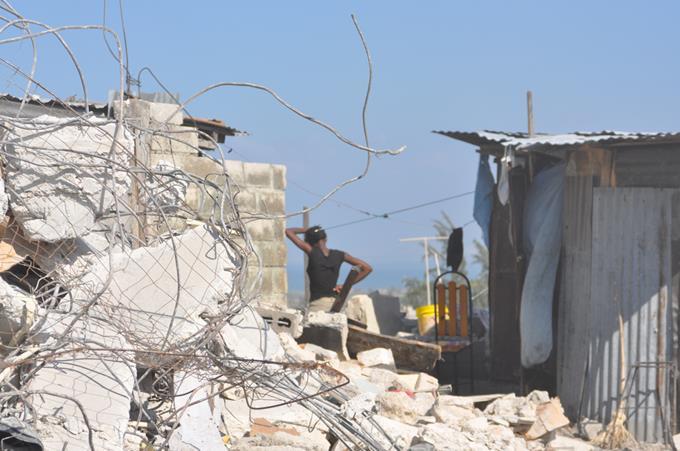 When a hurricane, earthquake or other natural disaster strikes a poor country, families too often suffer a double tragedy: the loss of loved ones and their most valuable (and sometimes only) asset, their home. In the aftermath of the 7.0 magnitude earthquake in Haiti in 2010, which killed more than 260,000 people, 70% of asset losses were related to housing. Ecuador faces billions of dollars in reconstruction costs from last April’s 7.8 earthquake, which killed 900 and injured almost 28,000. If Peru were hit by an 8.0-degree earthquake, an estimated 80% of potential economic losses would involve housing.

And while nature’s fury does not distinguish between urban and rural areas, a large majority of disaster losses are concentrated in cities, where they disproportionately affect the poor. This creates a great challenge for low and middle-income countries.  In Latin America and the Caribbean, 200 million people—1/3 of the population—live in informal settlements, where most dwellings don’t comply with construction codes and home insurance is non-existent. Perhaps unsurprisingly, LAC’s informal districts also account for the majority of disaster-related deaths in the region.

Yet housing policies aimed at the poor tend to focus on supporting the construction of new units instead of retrofitting existing homes to make them safer—ignoring the fact that it is mostly buildings, not earthquakes, that kill people. As a result, the deficit in housing quality is still disturbingly high: millions of families remain exposed not just to disaster risk but also to high crime rates, eviction, poor housing conditions, as well as lack of access to basic services, healthcare, schools, and job opportunities.

To address these issues, countries will need to tackle the housing challenge from two different but complementary angles: they have to find ways of upgrading the existing housing stock, where the majority of the poor live, while making sure that new constructions comply with building regulations. After all, if floods or earthquakes do not distinguish between old or new homes, why should policy-makers? It is time for resilience to become part of the definition of “decent, affordable housing.”

An easy and inexpensive way to make housing more resilient—and save thousands of lives in the next natural disaster—is to help the millions living in informal settlements retrofit their houses to at least minimal standards of safety. Here are three ways we can create incentives for homeowners, governments, and the private sector to invest in housing retrofitting:

Investing in decent, affordable and resilient neighborhoods is a win-win solution to a multitude of urban challenges: safer homes will not only save lives in the short-term but will also, over time, transform informal areas into the kind of livable and productive neighborhoods that we now know drive economic growth in the world’s great and richest cities.