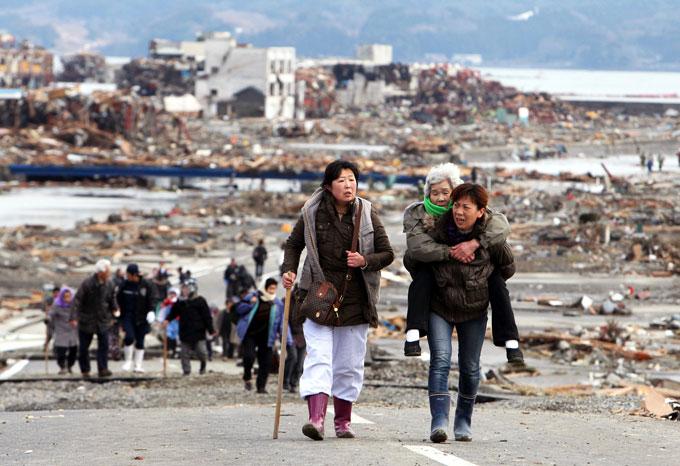 Older people are among those worst affected by disasters and more must be done to protect them, according to HelpAge International.

The call comes as world leaders, policy makers and health officials gather in Australia for the 13th International Federation of Ageing conference to discuss disaster and emergency responses, along with age-friendly cities, care, abuse and income protection.

HelpAge will be using the event to call on all governments to sign Charter 14 for Older People in Disaster Risk Reduction, and make stronger commitments to prioritise older people.

Today, there are 901 million people over 60, predicted to reach 1.4 billion by 2030[1], with nearly three-quarters living in developing countries where the impact of climate change may be most severe. The UN Intergovernmental Panel on Climate Change predicts an increase in unprecedented extreme weather in the coming decades as a result[2] and the WHO projects that in 2030, 38,000 older people will die from heat exposure[3].

The convergence of climate change and ageing populations is a significant challenge for the development and disaster management sector.

“Reduced mobility can make it harder to flee danger”, said Godfred Paul, Senior Regional Programme Manager at HelpAge International, who will be speaking at the IFA conference. “Older people may be socially isolated, which could mean there is no one around to help or alert them.”

“Conditions such as hypertension, heart disease or respiratory illnesses can be exacerbated during disasters, and in their wake access to life-saving medicine as well as day to day medication may be difficult. Older people may also have reduced access to income, which can make protection and recovery after a disaster an even greater struggle.”

In the Japanese tsunami of 2011, 56 per cent of those who died were aged 65 and over, despite this age group comprising just 23 per cent of the population[4].

“The over representation of older people in disaster mortality statistics can no longer be seen as acceptable”, said Paul. “This is an issue of rights, governance and discrimination; it highlights a system of failures for older people within society”.

Older people can play a valuable part in how we understand and respond to disaster risk and climate change. They can be a valuable source of information on local hazards, changing environments and mitigation strategies that can supplement scientific data and evidence.

In Pakistan’s Jacobabad district, older people who’d received training by HelpAge mobilised their community into blocking canals and diverting water at the news of incoming floods, resulting in half the water reaching their villages compared to previous floods.

HelpAge hopes that the IFA, with a focus on older people and disaster, can find a way to bring together a coalition of agencies to ensure that the implementation of the frameworks agreed at the Third UN World Conference on Disaster Risk Reduction in Sendai and the climate change conference in Paris are both inclusive and ageing responsive.