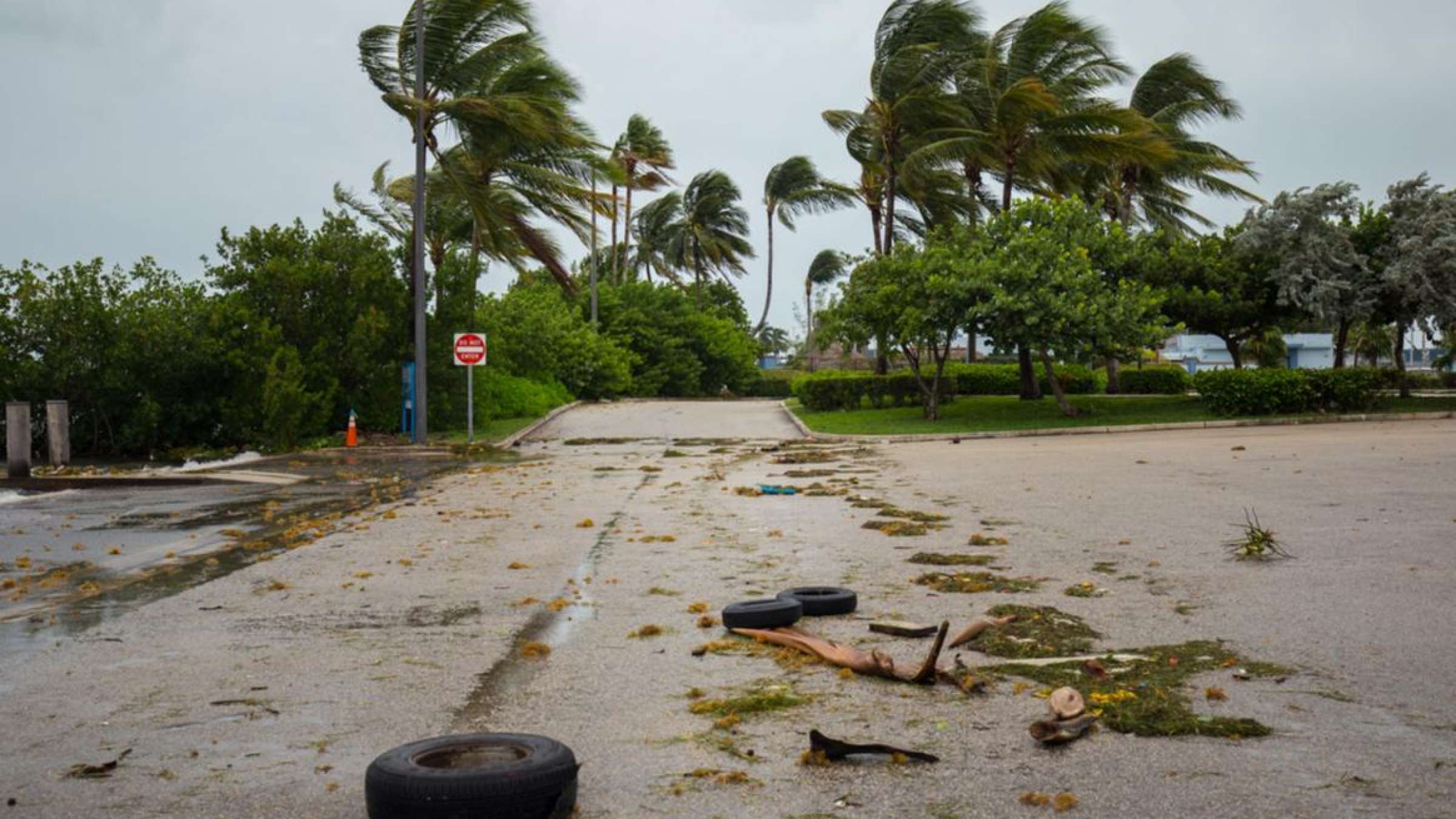 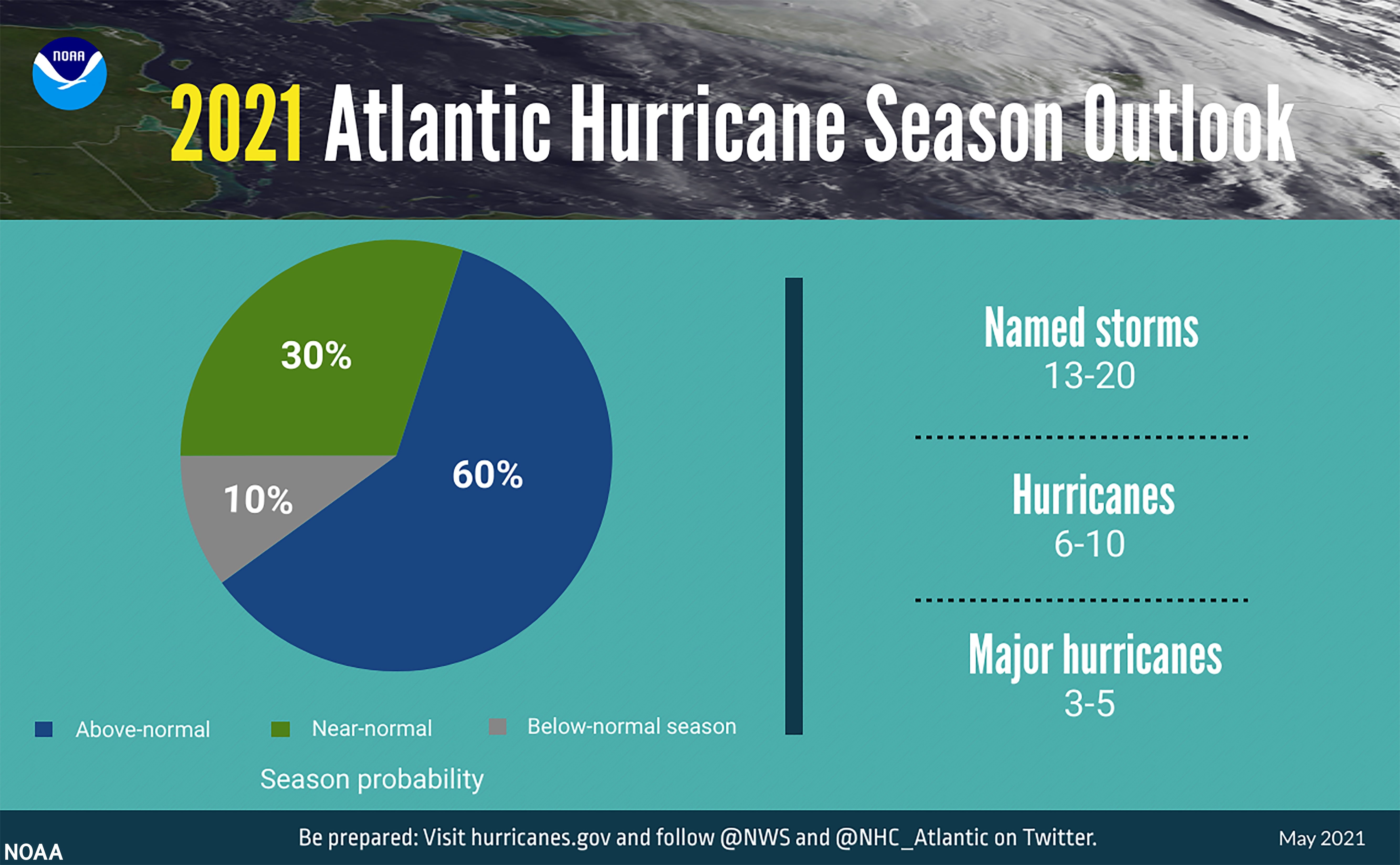 “Now is the time for communities along the coastline as well as inland to get prepared for the dangers that hurricanes can bring,” said Secretary of Commerce Gina Raimondo. “The experts at NOAA are poised to deliver life-saving early warnings and forecasts to communities, which will also help minimize the economic impacts of storms.”

Last month, NOAA updated the statistics used to determine when hurricane seasons are above-, near-, or below-average relative to the latest climate record. Based on this update an average hurricane season produces 14 named storms, of which 7 become hurricanes, including 3 major hurricanes. [Watch this video summary of the Outlook.]

El Nino Southern Oscillation (ENSO) conditions are currently in the neutral phase, with the possibility of the return of La Nina later in the hurricane season. “ENSO-neutral and La Nina support the conditions associated with the ongoing high-activity era,” said Matthew Rosencrans, lead seasonal hurricane forecaster at NOAA’s Climate Prediction Center. “Predicted warmer-than-average sea surface temperatures in the tropical Atlantic Ocean and Caribbean Sea, weaker tropical Atlantic trade winds, and an enhanced west African monsoon will likely be factors in this year’s overall activity.” Scientists at NOAA also continue to study how climate change is impacting the strength and frequency of tropical cyclones.

“Although NOAA scientists don’t expect this season to be as busy as last year, it only takes one storm to devastate a community,” said Ben Friedman, acting NOAA administrator. “The forecasters at the National Hurricane Center are well-prepared with significant upgrades to our computer models, emerging observation techniques, and the expertise to deliver the life-saving forecasts that we all depend on during this, and every, hurricane season.”

Last year’s record-breaking season serves as a reminder to all residents in coastal regions or areas prone to inland flooding from rainfall to be prepared for the 2021 hurricane season. 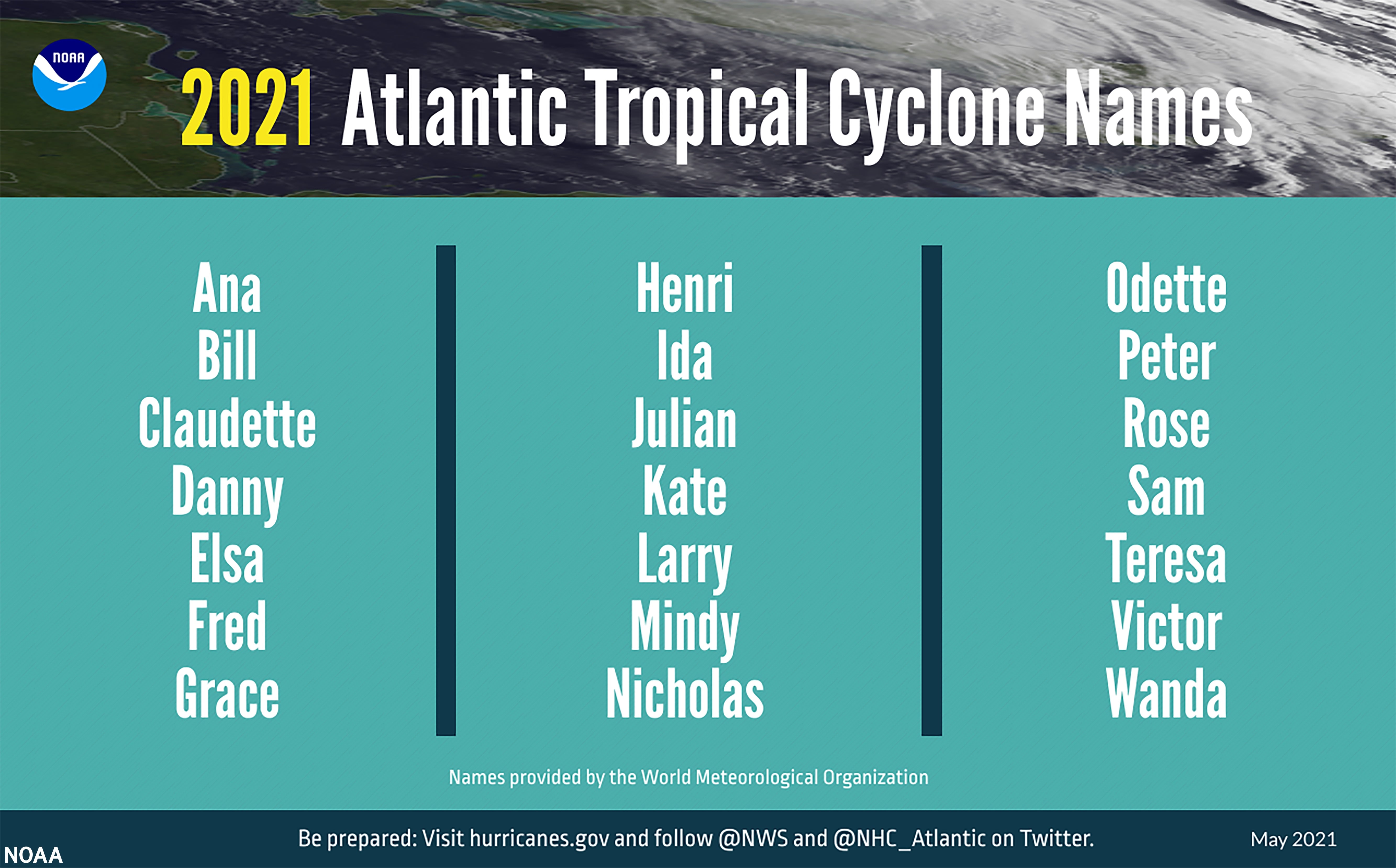 "With hurricane season starting on June 1, now is the time to get ready and advance disaster resilience in our communities," said FEMA Administrator Deanne Criswell. “Visit Ready.gov and Listo.gov to learn and take the steps to prepare yourself and others in your household. Download the FEMA app to sign-up for a variety of alerts and to access preparedness information. Purchase flood insurance to protect your greatest asset, your home. And, please encourage your neighbors, friends and coworkers to also get ready for the upcoming season.”

NOAA also issued seasonal hurricane outlooks for the Eastern and Central Pacific basins, and will provide an update to the Atlantic outlook in early August, just prior to the peak of the season.

Visit FEMA’s Ready.gov to be prepared for the start of hurricane season and the National Hurricane Center’s website at hurricanes.gov throughout the season to stay current on watches and warnings.