Navigating converging shocks from a pandemic and a cyclone: Lessons from the Pacific 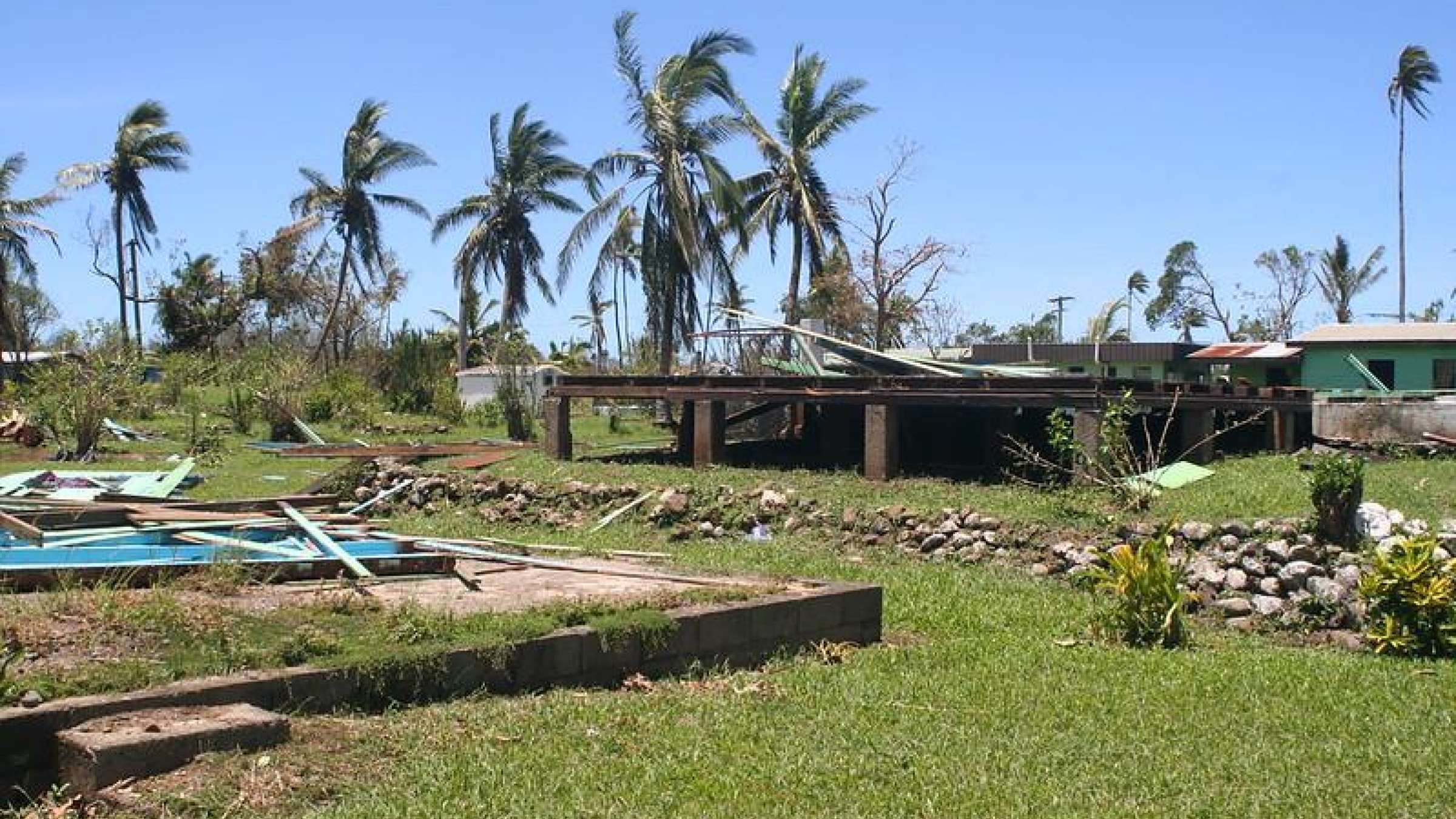 Coronavirus has upended the global economy, presenting governments with a challenge: how to navigate a severe, external threat in a manner that strikes the right balance between efforts to protect public health and people’s livelihoods. The pandemic hit partway through a three-year partnership between the WRI Finance Center and the Fijian Ministry of Economy, providing WRI with a unique insight into the challenges and lessons to be learned on resilience, preparedness and global cooperation from the small island nation.

While several of the world’s larger economies are struggling to contain the virus, Fiji had only 18 known cases, recorded zero deaths and withstood Tropical Cyclone Harold, a category 4 storm, as cases were peaking. For Fiji, where 60% of deaths are due to chronic health conditions that are known to increase the mortality of COVID-19, that is a tremendous accomplishment.

The country declared itself COVID-free on June 5, but to get there, had to close its borders and tourism sector. Fiji’s experience with COVID-19 and Cyclone Harold is a reminder that, amid any global crisis, the tools available to the smallest and most vulnerable countries are threefold: preparation and proactive investments in resilience or response; close collaboration with international development partners; and an embrace of the key pillars of sustainable development: environmental health, social and human health, and economic growth.

The Fijian government began preparing for COVID-19 in late January, working closely with the World Health Organization, New Zealand and Australia to build its domestic capacity to identify, trace and contain potential cases and to procure additional ventilators, medical masks and other critical items. In early February, Fiji began implementing, and gradually tightening, restrictions on travelers who had spent time in existing hotspots.

When Fiji confirmed its first case of the coronavirus on March 19, it was prepared. Within a week, 32 fever and testing clinics opened. The Ministry of Health deployed contact tracing teams to track and monitor all possible cases. On March 25, Fiji grounded commercial international flights and sealed its borders. The Fijian government locked down Lautoka and Suva, where cases were confirmed, banned social gatherings and implemented a nationwide curfew. Between March 19 and April 20, Fiji confirmed six clusters and 18 cases of COVID-19, but the disease never reached community spread.

Fiji did this despite being hit by a cyclone mid-pandemic. In early April, Tropical Cyclone Harold hit Fiji as a category 4 storm. Harold inflicted at least $44 million in damages, destroyed at least 635 houses and damaged an additional 2,100 homes. (The storm inflicted far more serious damage to the Solomon Islands, Vanuatu and Tonga.)

Fiji is experienced in dealing with cyclones—every year brings a six-month cyclone season—and it’s possible this institutional muscle memory sped the country’s COVID response. In 2016, Tropical Cyclone Winston, a severe category 5 storm, wiped out more than a third of the country’s GDP in 36 hours. In response, the Fijian government launched the “Build Back Better” program to rebuild more than 200 public buildings so they could withstand comparable future storms.

Harold was the first significant storm to test the 181 schools and 25 public buildings that have been completed to date under “Build Back Better” program. None were damaged.

Although Fiji minimized the public health impacts of COVID-19, it now confronts an economic catastrophe. Tourism accounts for almost 40% of the country’s GDP. With the borders closed since March 25, at least 150,000 Fijians, or almost half the labor force, face either reduced incomes or job loss. The damage from Tropical Cyclone Harold has compounded these costs. Although the government is expected to cut spending by more than 30%, it could face insolvency by December 2020 if government revenues from tourism or other sources do not return.

Amid these unprecedented circumstances, the Fijian people have moved to re-establish traditional, non-cash means of economic activities. Almost 170,000 people have joined the “Barter for Better Fiji” Facebook group, which was established in mid-April and is run independently by volunteers. The group provides a platform for Fijians to negotiate their own trades, such as piglets for kayaks, without using cash. By the end of May, it had received two small grants from UNDP and Australia to expand beyond Facebook. The group provides a glimpse of the resilience and communal spirit of the Fijian people and a unique measure of the country’s economic turmoil.

Through its COVID-19 Response Budget, the Fijian government is providing roughly $445 million (FJD$1 billion) in economic stimulus. But as a small island developing country, Fiji does not have the same capacity as China, the United States or the European Union to inject several billion dollars into its economy. Instead, it must seek assistance from its international partners.

The assistance received from the global community to date has been invaluable. Bilateral partners, particularly Australia and New Zealand, provided Fiji with vital medical supplies, testing capacity and cyclone assistance, as well as roughly $9 million (FJD$20 million) in budgetary support. The Japanese International Cooperation Agency provided almost $20 million (FJD$45 million) in concessional loans, or loans extended on more generous terms that are available on the international markets, to respond to Cyclone Harold. The Asian Development Bank has offered $200 million in concessional loans for COVID-19 and $400,000 in grants for Harold. The Fijian government is finalizing $3.5 million (FJD$7.5 million) $3 million (FJD$6.4 million in loans) from the World Bank’s COVID-19 facility.

Because New Zealand declared itself COVID-free on June 8 and Australia anticipates reaching a similar outcome soon, these governments are discussing a virus-free travel bubble. If Fiji were to be included, that bubble would provide a vital economic lifeline: the two countries account for roughly 65% of Fiji’s tourists. In the words of Aiyaz Sayed-Khaiyum, Fiji’s Minister of Economy, “A travel bubble that includes Fiji alongside Australia and New Zealand would do far more good than any aid or assistance … we want to be in that bubble.”

The pandemic has laid bare the vital role of both bilateral and multilateral development partners in helping Fiji and other small island developing states minimize their exposure to shocks, and the key lessons countries can learn from Fiji. External shocks will only grow more frequent with a changing climate. Like the coronavirus, climate impacts will not respect international borders but pose potentially existential threats to the smallest, most vulnerable countries.

Here are three lessons from Fiji that demonstrate the role international partners can play:

In a global crisis, no country is truly an island. Crisis response is most effective and efficient if delivered with the support of the international community. Proactive investments in preparedness and resilience are indispensable navigation tools during these storms.