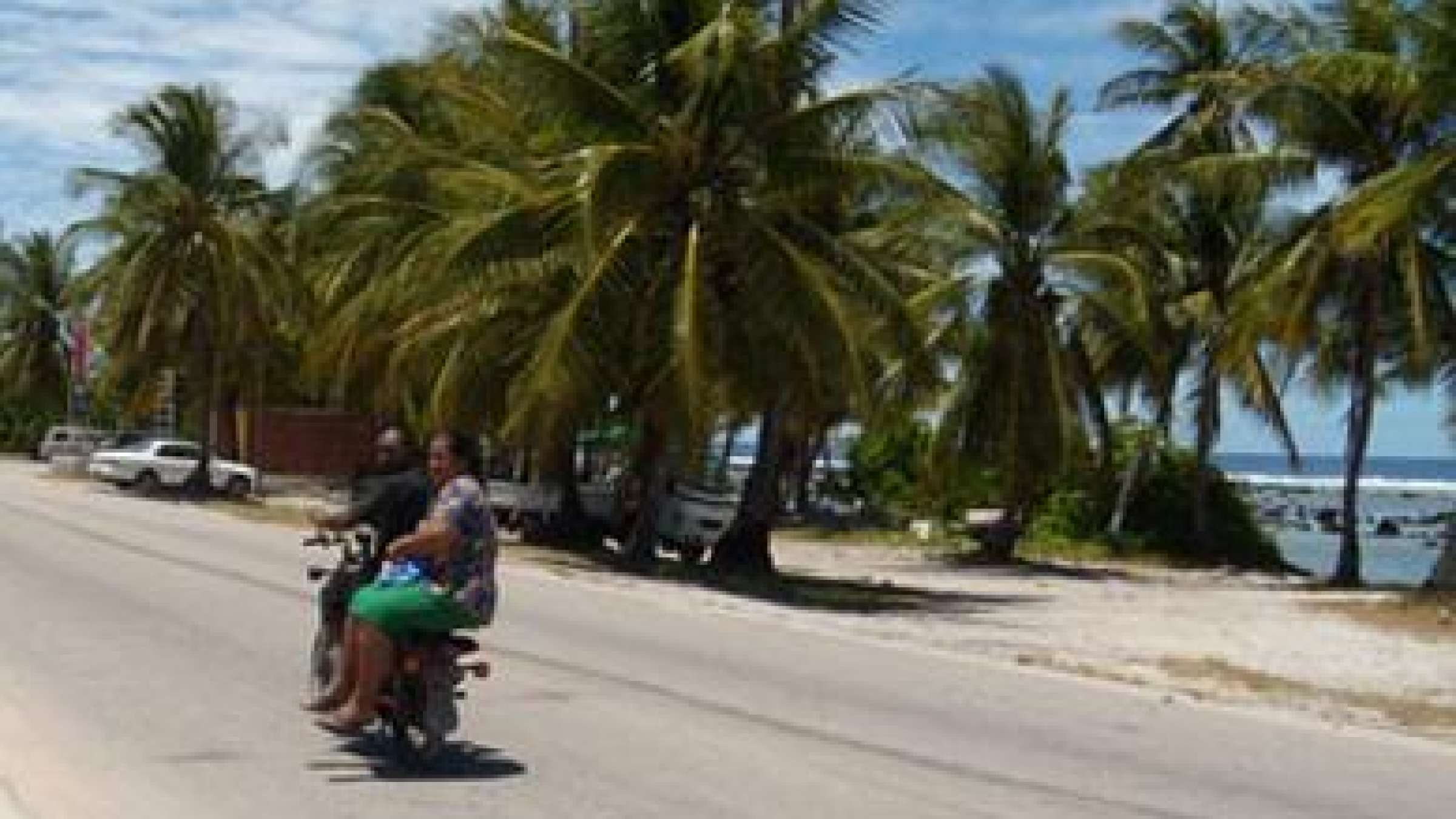 The Republic of Nauru has launched its first ever national framework aimed at increasing the Pacific nation’s resilience to climate change and disaster risk.

Nauru’s Framework for Climate Change Adaptation and Disaster Risk Reduction (RONAdapt) was developed through a collaborative effort between various regional organisations and development partners including the Secretariat of the Pacific Community (SPC) and the European Union.

Nauru is highly vulnerable to impacts linked to climate change, including coastal and inland flooding, extreme weather events, and changes in sea surface temperature and ocean acidification which have flow-on effects to economic development and food security.

While launching the framework, Nauru’s Minister for Commerce, Industry and Environment, the Hon Aaron Cook, highlighted the fact that the document was the first of its kind in Nauru, and was undertaken as a stakeholder-driven process.

“Our framework serves as a shining beacon for action, drawing on efforts and support of the international community to provide resources and skills required to strengthen our resilience,” Minister Cook said.

“Nauru requires a framework for integrating adaptation planning and disaster risk reduction throughout all the relevant ministries of our government.

‘RONAdapt provides us with a valuable framework for assessing our risks in key sectors – food and water security, infrastructure, emergency services – and making them more resilient to the negative impacts of climate change,” Minister Cook added.

The RONAdapt document was developed over five years to set out an overall framework for managing the risks to sustainable development. It involved extensive consultation and review by all government sectors, civil society and the general public in Nauru.

“The framework identifies immediate priorities and provides a general framework for longer term planning and programming including guidance on mainstreaming climate change and disaster risk reduction in national and sectoral development policies,” she added.

The framework was launched this week to coincide with the country’s 47th Independence Day celebrations.

Progress to improve the climate and disaster resilience of these nine Pacific Island nations is among the on-ground benefits to Pacific communities to be highlighted during the European Union Year for Development 2015.