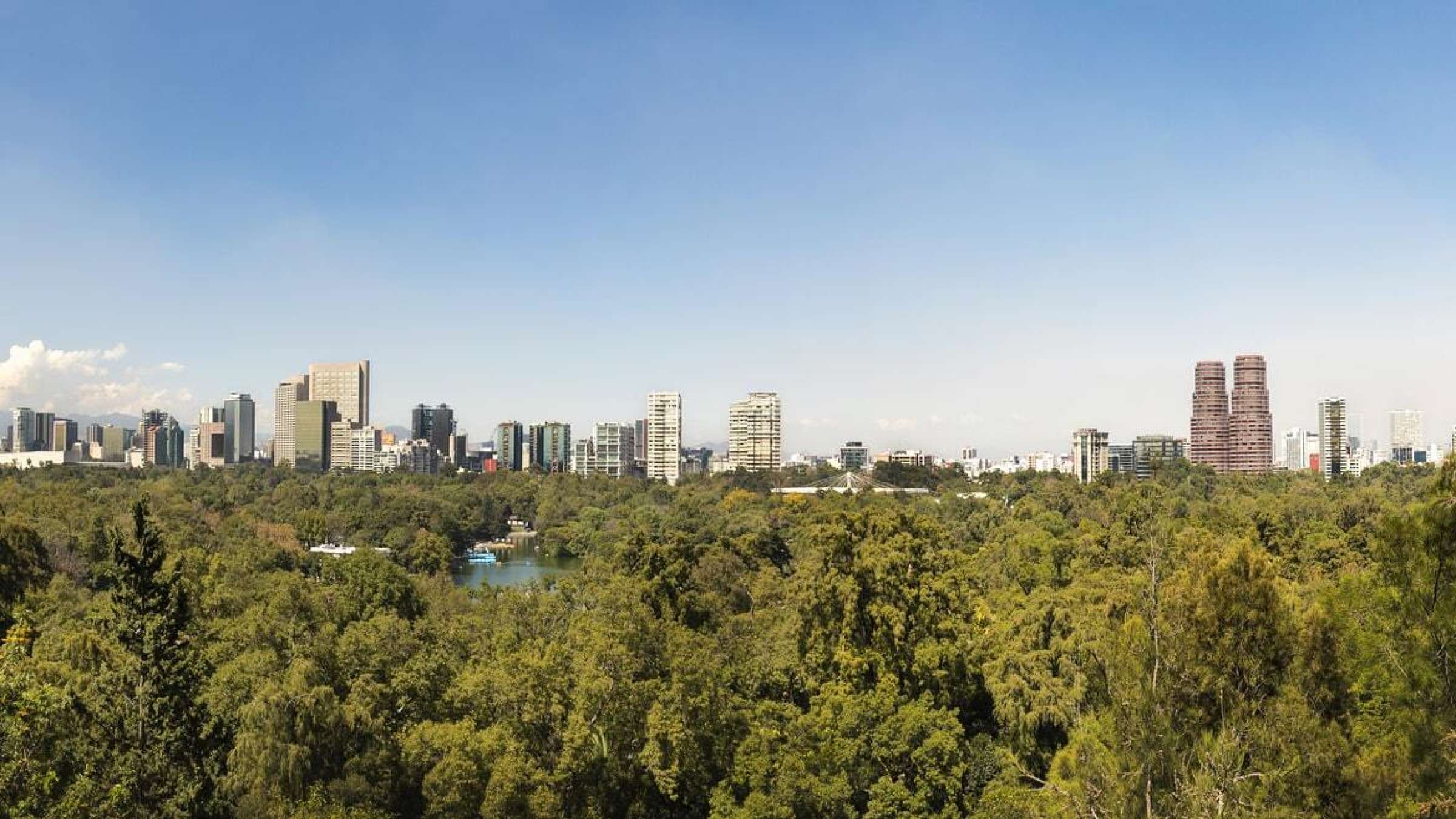 The ground is sinking beneath the residents of Mexico City. The phenomenon, known as subsidence, can collapse buildings and warp streets. A new study, presented last week at the Seismological Society of America annual meeting, used the city’s own noise to monitor how this subsidence is taking place. The creative tool can be used by seismologists to further reassess the seismic hazard of an earthquake-prone, densely populated Mexico City.

The city sits on a former lake basin, called Lake Texcoco, which was drained by Spanish conquistadors during the construction of the city. After water flowed out, the sediments filling the basin began to dry out. Additionally, city authorities pump groundwater to meet the needs of its population. The underground pore space — once occupied by water — started to close, as the weight of the overlying ground compacted the sediments. Combined, these processes have led to Mexico City sinking by up to 20 inches (50 centimeters) per year.

Using satellite and ground-based observations, researchers have forecasted that the compaction will continue for the next 150 years and could further add 30 meters to the already existing subsidence that the city has experienced.

Using ambient noise monitoring allows researchers to have a continuous record of the interaction between ground compaction rates and seismic velocity of vibrations traveling through the subsurface. It is another tool that can be used to re-evaluate the seismic hazard of Mexico City since the effect of subsidence can change the near-surface ground behaviour that is important for seismic hazard analysis.

To better understand how the lake subsidence problem affects the hazard assessment for the city, a team of researchers used urban vibrations to monitor the subsurface underneath the city.

“Human activity leads to constant low-level shaking of many urban areas, and Mexico City is no exception,” said Laura Ermert, a seismologist at the University of Washington. She and a group of researchers capitalized on the small seismic waves generated by foot traffic, vehicles, and everyday happenings in the megalopolis.

“By comparing the appearance of these tiny waves, also known as ambient noise, over time and tracking their changes in velocity, we can determine the influence of subsidence on the sub-surface,” Ermert says.

The speed at which seismic waves travel varies with the properties of the rock they pass through. It increases when the rock is more consolidated and denser, and decreases if there are more holes or pore space filled with fluids present within the rock.

By comparing how fast the waves move through different parts of the basin and during different parts of the year, the group found that the tiny waves travel through the soil subsurface faster during the summer, or drier, months and slower during the wet season, or winter months. This happens because rainfall adds water into the subsurface, which slows the S waves (shear waves), according to Ermert. The team also discovered that waves traveled faster within one particular clay-rich layer in the basin. This could be due to the compaction of the clay layers and be responsible for further changes in velocity within the basin with time, according to Ermert.

The researchers found that the seismic waves moved slower after the 2017 Puebla earthquake — a similar observation that has been documented in other earthquake-prone regions. Ermert says the group is unsure about what causes this velocity drop, but they suspect that it relates to change in the frictional properties of the subsurface after strong shaking.

“We want to increase our analysis over a longer timeline to make sure that the rise in velocity due to compaction is indeed as strong as we think it is,” says Ermert. The team plans to use the data collected by the National Seismological Service of Mexico and continue their monitoring process with the hope that this long-term analysis will help in developing a more detailed view of ground hazard assessment for Mexico City.