Internal displacement at all-time high after unprecedented year of crises 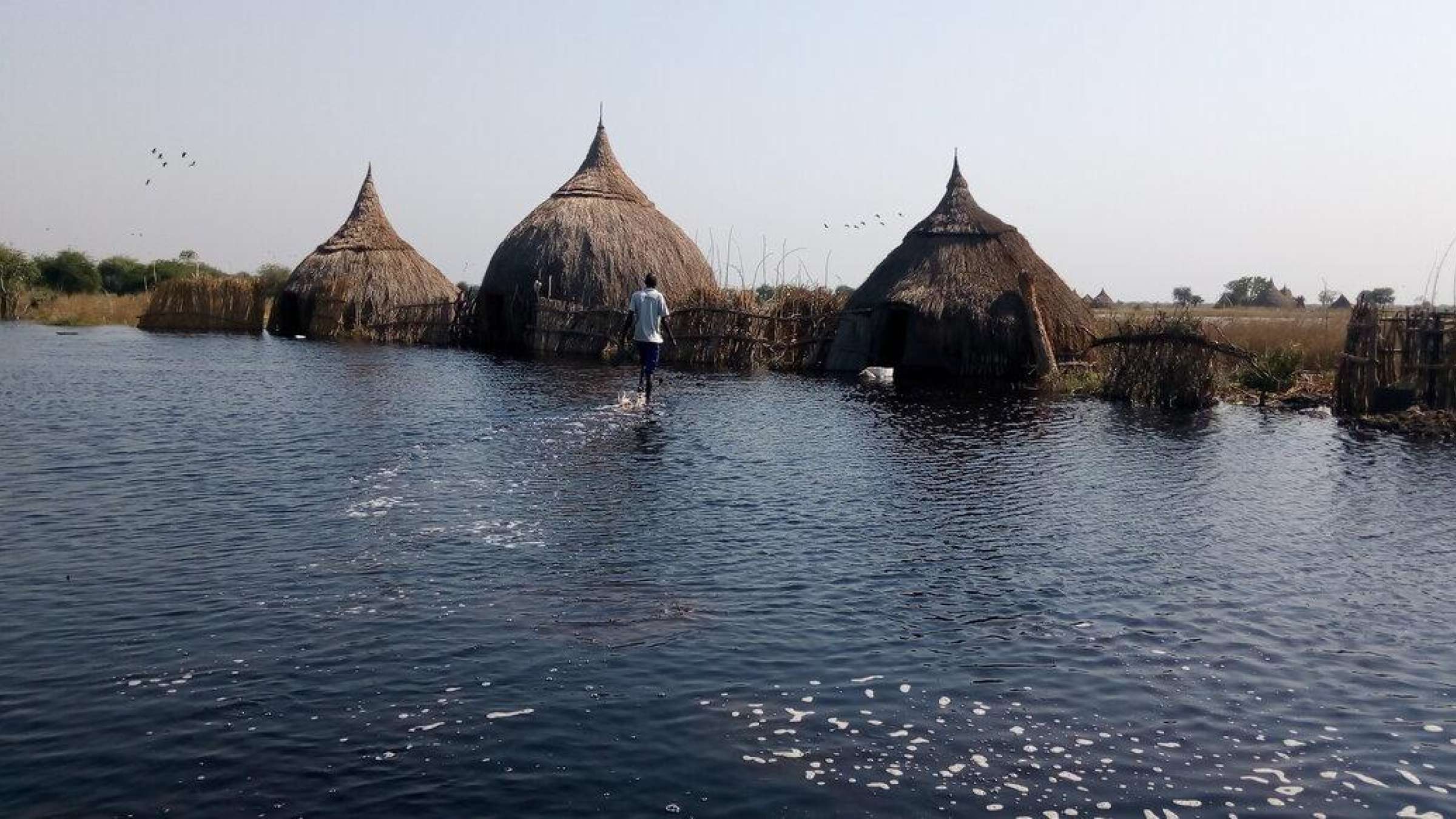 A man wades through flood waters in his home area in Koch county, Northern Liech state, South Sudan. In the entire state an estimated 126,000 people have been displaced following heavy rainfall between July and October 2020, that led to serious flooding. Photo: NRC

The total number of people living in internal displacement reached a record 55 million by the end of 2020. During a year marked by intense storms and persistent conflict, 40.5 million new displacements were triggered across the world by disasters and violence, the highest annual figure recorded in a decade.

“It is particularly concerning that these high figures were recorded against the backdrop of the Covid-19 pandemic, when movement restrictions obstructed data collection and fewer people sought out emergency shelters for fear of infection,” said the director of the Internal Displacement Monitoring Centre, Alexandra Bilak.

Escalating violence and the expansion of extremist groups in Ethiopia, Mozambique and Burkina Faso fuelled some of the world’s fastest growing displacement crises, according to IDMC’s annual global report. Long-running conflicts, such as those in the Democratic Republic of the Congo, Syria and Afghanistan, also continued to force large numbers of people to flee.

“It’s shocking that someone was forced to flee their home inside their own country every single second last year. We are failing to protect the world’s most vulnerable people from conflict and disasters,” said the secretary general of the Norwegian Refugee Council, Jan Egeland.

Weather-related events, primarily storms and floods, were responsible for 98% of all disaster displacement. Intense cyclone seasons in the Americas, South Asia and East Asia and the Pacific, and extended rainy seasons across the Middle East and sub-Saharan Africa, uprooted millions of people. Cyclone Amphan alone triggered around five million displacements across Bangladesh, Bhutan, India and Myanmar. The Atlantic hurricane season was the most active on record with 30 named storms, including hurricanes Iota and Eta which affected 12 Central American and Caribbean countries.

A convergence of conflict and disasters led many people to be displaced for a second or even third time, increasing and prolonging their vulnerability. Many of those who fled flooding in Yemen had already been uprooted at least once by the country’s civil war.

The number of people living in internal displacement worldwide has been rising steadily for more than a decade. It reached a record high as of 31 December 2020, when there were more than twice as many internally displaced people (IDPs) than refugees. Forty-eight million people have fled conflict and violence, and seven million disasters, but given the incomplete data the latter is likely to be a significant underestimate.

This year’s Global Report on Internal Displacement (GRID 2021) focuses on our changing climate. Rising temperatures are increasing the intensity and frequency of weather-related hazards, but climate change is not the only factor that drives displacement risk. Many more years of data are needed to draw a direct link.

There have been significant advances in the development of national and regional policies, and global attention on the issue is growing. Countries are beginning to invest in proactive measures, such as planned relocation and community-led initiatives to reduce displacement risk. Filling the data gaps will be critical to support these efforts and to make the case for more flexible and predictable funding.

“Today’s displacement crises arise from many interconnected factors, including climate and environmental change, protracted conflicts and political instability. In a world made more fragile by the Covid-19 pandemic, sustained political will and investment in locally-owned solutions will be more important than ever,” said Bilak.