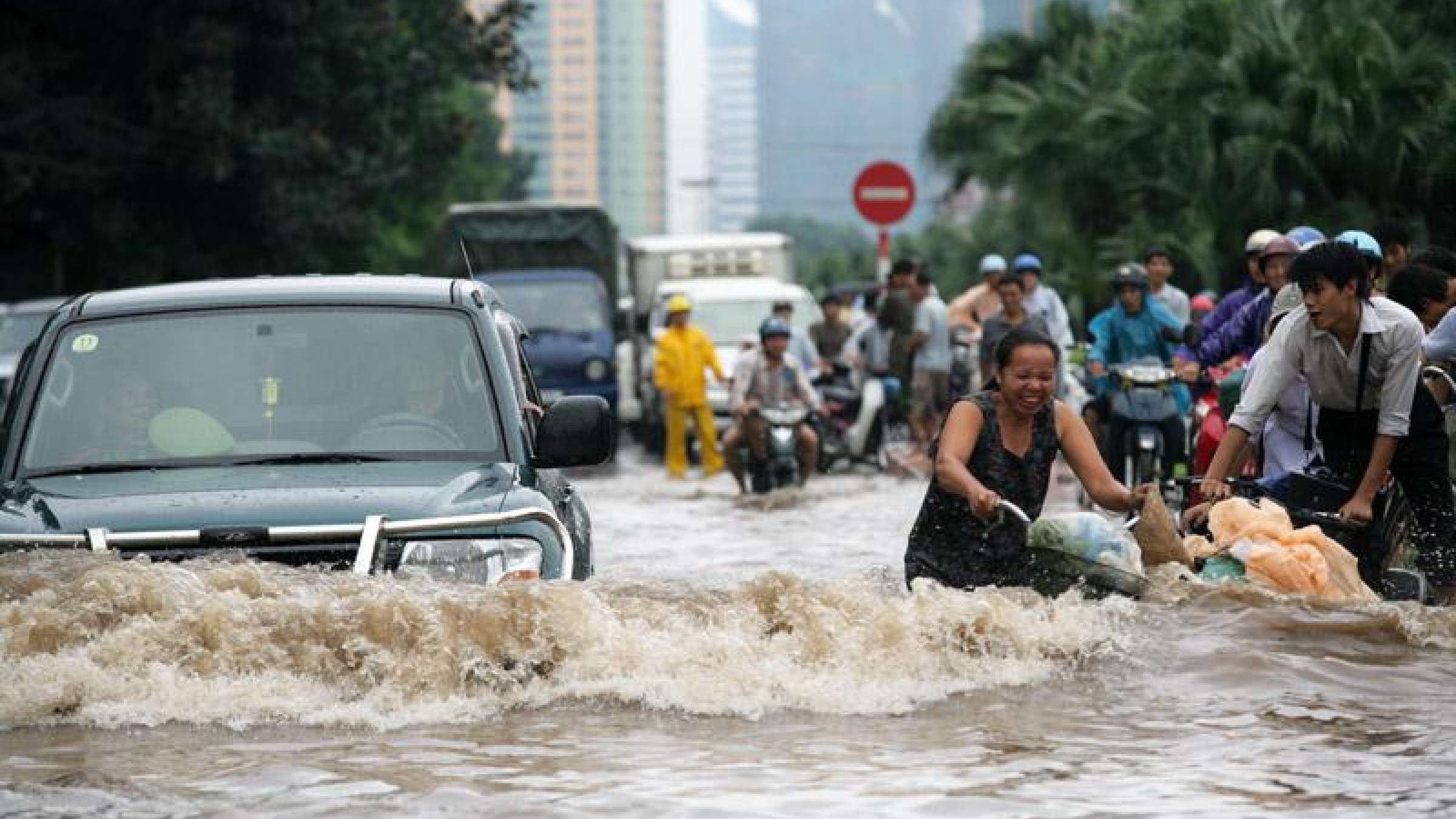 Poor countries without insurance face crippling losses in the face of worsening floods, storms and other disasters

Disaster-prone developing nations, including Bangladesh and Indonesia, are exposed to crippling losses when storms, floods or earthquakes strike because they suffer from a dangerous lack of insurance, industry experts said on Monday.

Globally, assets worth about $163 billion are not insured against catastrophes, posing a "significant threat" to livelihoods and prosperity, London-based insurance market Lloyd's said in a report.

The value of "underinsured" assets has shrunk by only 3 percent since 2012, it noted.

Many countries with the lowest levels of insurance are also among those most exposed to risks, including from climate change impacts, and are least able to fund disaster recovery efforts, it added.

"If insurance is not available, catastrophes can have a much greater impact on economies and lives," Lloyd's Chairman Bruce Carnegie-Brown said in a statement.

Emerging and low-income economies account for almost all of the global "insurance gap", the report said.

Insurance penetration rates - total insurance premiums as a percentage of gross domestic product - are on average twice as high in rich nations as those in developing countries, it noted.

Bangladesh, India, Vietnam, the Philippines, Indonesia, Egypt and Nigeria all have an insurance penetration rate of less than 1 percent, it said.

After a disaster, uninsured losses usually have to be paid from government funds - a problem for poorer countries that cannot afford to rebuild.

"Catastrophes coupled with underinsurance can be seen as one of the significant factors that holds back economic development and perpetuates global inequality," the report said.

Some risks in richer nations also are not well-covered by insurance, it noted, including earthquakes in Italy and floods in the United States.

Slow progress on expanding the use of insurance to protect against risks is "concerning", the report said - and remains the case despite many economies bouncing back from recession in the six years since the "insurance gap" was last measured.

It is particularly worrying given the upsurge in "more severe, frequent and costly natural disasters, driven in large part by climate change", the report added.

Last year was one of the costliest for natural catastrophes in the past decade - and expected economic losses from such disasters now total $165 billion annually, Lloyd's said.

One of the main barriers to taking out disaster insurance in developing countries is that it is too expensive for many.

Limited understanding of its value and lack of trust in insurance companies also stand in the way of policies being sold, the report said.

But insurance, combined with investment in improving resilience to disasters, can cut losses, the report said.

Another report also released on Monday by Lloyd's and the UK-funded Centre for Global Disaster Protection outlined four innovative financial instruments that could generate cash to invest in resilient infrastructure and boost insurance coverage.

They include loans that incorporate insurance to keep interest payments low, and bonds whose payments are linked to the success of resilience measures.

Another idea is "resilience service companies" that would retrofit buildings to better withstand natural hazards, for example, reducing risks and lowering insurance premiums.

Daniel Stander, global managing director of Risk Management Solutions, which worked on the report, said the instruments aimed to ease the initial costs of building to withstand disasters, and to finance the risks that remain.

"In this way the benefits of insurance can be enjoyed by those who need it most," he said in a statement.

But some climate change experts argue that insurance is not the best method to help the poor cope with the growing damage caused by wilder weather and rising seas as the planet warms.

In a September report, the Heinrich Böll Stiftung North America, an environmental foundation, said regional insurance schemes, from which African, Caribbean or Pacific states can buy coverage, had paid out too little, too late in recent years.

It proposed other options to support developing countries, such as international funding to build up social safety nets, relocate vulnerable communities and develop new ways of making a living for those at risk.

Carnegie-Brown of Lloyd's said that, for poorer nations such as Bangladesh, buying insurance was a "low-order issue" compared to other economic problems.

He urged donor governments to work with financial markets to find ways to use aid money to boost protection, adding that current efforts are fragmented and not expanding fast enough.

"The developed world is not really assisting the countries least able to afford the resilience investment that we think they need," he told the Thomson Reuters Foundation.