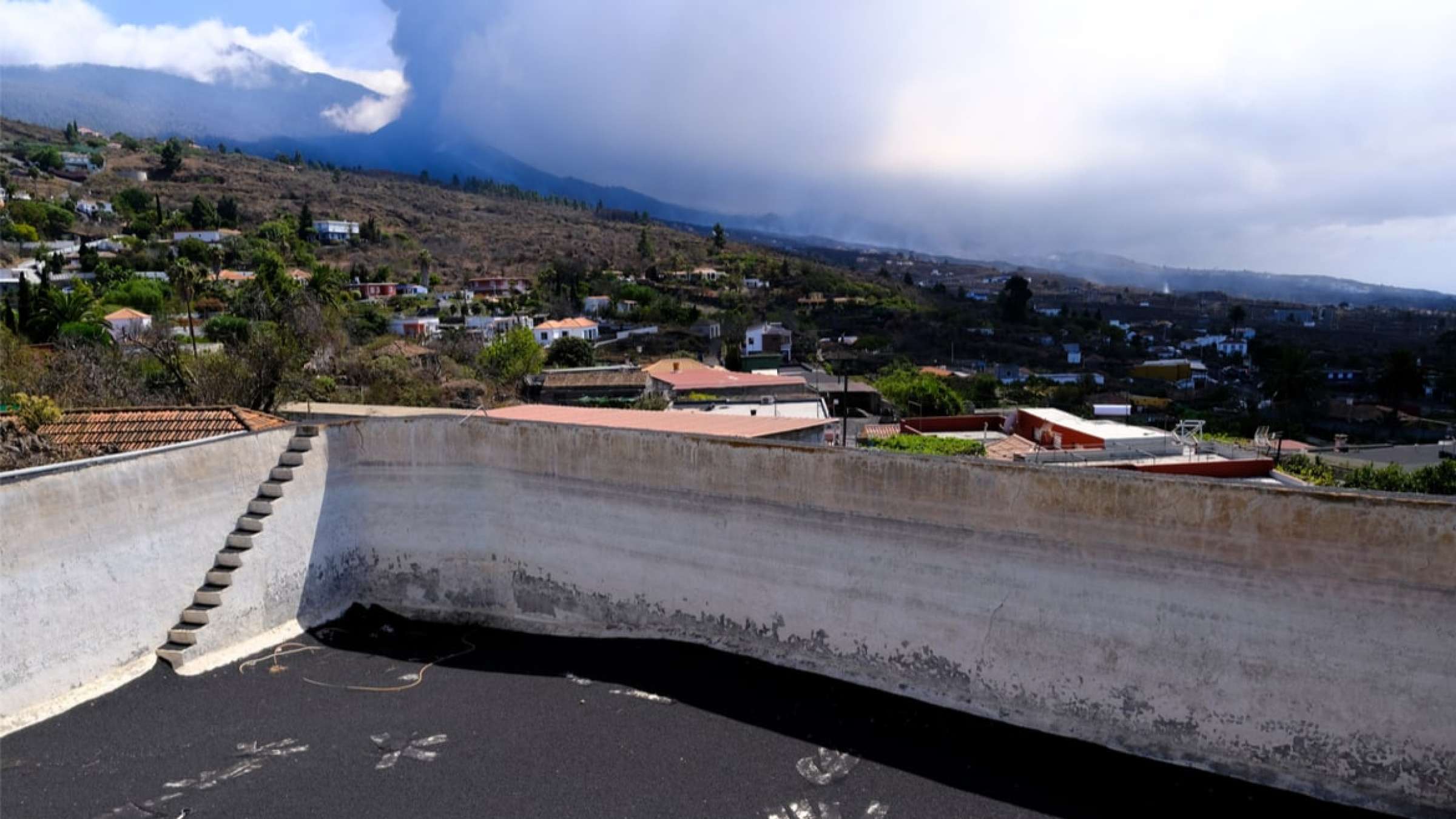 By analyzing lava samples, researchers show how chemical processes that occur during magma’s ascent to the surface may contribute to a volcano’s eruptible state.

Hot spot volcanoes, those in which magma from mantle plumes reaches the surface, have long been viewed as clues to the mysteries of the mantle.

The hot spot volcanoes on Spain’s Canary Islands, however, are a magmatic mystery unto themselves. Magma from these volcanoes can have very different chemical compositions despite being part of the same volcanic system and in some cases surfacing just a few meters apart. But a new study published in Geology sheds light on the mystery, showing how crystals that form as magma makes its way to the surface can alter the magma’s physical properties, such as density and water content, and its ultimate composition.

Teresa Ubide, a senior lecturer at the University of Queensland in Australia, and her colleagues analyzed samples from lava flows and dikes on El Hierro, one of the eight islands that make up the Canary Islands. The researchers compared the compositions of feeder dikes (which transport magma vertically to the surface) and the lava flows fed by the dikes. They discovered that these flows and dikes could have either the same or very different compositions. The key is crystals. If both the dike and the flow were crystal-rich or crystal-poor, then their compositions were the same; but if the dike was crystal-rich and the lava was crystal-poor, then the compositions were extremely different.

“That was the point when we realized how important this crystal accumulation process was,” said Ubide, lead author of the new study.

In El Hierro’s crystal-free samples, researchers noticed that magnesium oxide levels were typically 5% and up to 8%. When the team expanded its focus from El Hierro to include ocean island basalts from hot spot volcanoes around the world, an abundance of samples had a 5% magnesium oxide level. This abundance suggested that these are the dominant melt compositions erupting at these volcanoes.

Ubide’s work suggested that the higher magnesium oxide lavas represent lavas with accumulated magnesium-rich minerals (like the crystal-rich dikes on El Hierro), rather than direct mantle melts. The team also modeled how deep crystallization to form the 5% magnesium oxide melts would affect the magma’s physical properties, such as density and water content.

“It’s interesting to see that the knowledge we build agrees with what’s been observed recently in these volcanoes.”

That magnesium oxide level proved a key contributor to a volcanic eruption. “When [the magma] gets to that sweet spot or tipping point of 5%–8% magnesium,” Ubide said, “it may have the ideal properties of reduced density and increased volatile content, so that in carbon dioxide–rich systems like ocean island basalts, it can actually erupt, like opening up a bottle of champagne.”

That sweet spot Ubide described happens at a depth of 10–15 kilometers below the surface—a fact that could potentially prove useful for assessing the risk of volcanic eruptions. Magma accumulating within this depth (near the crust-mantle boundary in oceanic settings) could be considered a risk factor for an eruption.

Indeed, seismic data showed that at least a week before the ongoing eruption on La Palma, magma was accumulating at around 12 kilometers below the surface. The same was true before the last major eruption, a decade ago, according to Ubide. In that case, magma accumulated at the sweet spot depth for 3 months before the eruption.

“It’s interesting to see that the knowledge we build agrees with what’s been observed recently in these volcanoes,” said Ubide. But, she cautioned, although observing accumulation at the sweet spot might signify a risk of eruption, it doesn’t provide information about its timing. “We don’t predict anything in volcanology; we make forecasts about what is likely to happen.”

Some of the data the team examined were from melt inclusions—capsules of melt trapped by crystals when they grow. In melt inclusions on the most primitive crystals, like olivines, Ubide and her colleagues expected the samples to be rich in magnesium. (A greater presence of magnesium usually indicates crystallization deep in the mantle.)

They were surprised, however, to see that these melt inclusions also had only 5% magnesium oxide levels. “They look pristine, like they’re coming from great depth in the mantle,” Ubide said, “but they’re actually a mixture.”

“I find that really quite surprising, quite alarming, because we often use these melt inclusions to tell us about what’s going on in the very earliest stages of crystallization, in the deepest magma chambers,” said Margaret Hartley, a senior lecturer at the University of Manchester in the United Kingdom who was not involved in the study.

Crystals and melts erupting from hot spot volcanoes have been thought of as direct indicators of the mantle and the compositions of mantle melts. If that’s not the case, if melts have also been modified on their way to the surface, she said, “it raises all these questions. Can we ever get [pristine mantle melts] to come out of the top of volcanoes? If we can’t, can we back-calculate it? Can we model it?”

Read the original story here
Share this
Related information
Related links
Evidence of Antarctic glacier’s tipping point confirmed for first time
The costs of waiting for a volcano to erupt
How to recognize where a volcano will erupt
‘Bulges’ in volcanoes could be used to predict eruptions
Age and foaming: How to predict when a volcano will erupt
Keywords
Hazards
Volcano
Themes
Risk Identification & Assessment