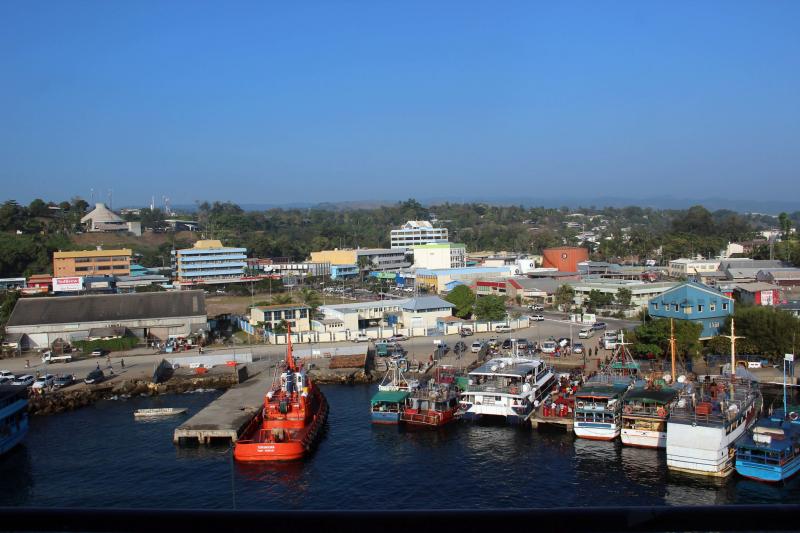 Honiara in the Solomon Islands has a new mayor, a new council and a new approach to resilience.

The city has been using the Disaster Resilience Scorecard, formulated by the United Nations Office for Disaster Risk Reduction, UNDRR, to begin rating its status of risk reduction in 10 essential areas.

One particular focus moving forward will be gender: 'It's an important area that we need to continue to focus on," said Honiara City Council Clerk, Charles Kelly. "For instance, the market traders at our central market are predominantly women; they work hard, provide for their families, contribute to our economy yet in many ways are more vulnerable during times of disaster. We need to change that."

Honiara is one of 20 cities taking part in a UNDRR programme to support municipalities to develop and implement disaster risk reduction action plans.

Under the programme, cities receive technical support and peer-to-peer learning to share best practice and improve their resilience to disaster risk reduction.

Looking ahead, Mr Kelly sees a huge opportunity for the new team to take the City's draft DRR plan forward.

"Compared with some of the other cities in the project we are quite new and that is exciting; it means we have the ability to do things more easily to set the path for the future. Once cities become more established and 'set' then that becomes more difficult'

The process has already been tested in 2018 when, less than 24 hours after Honiara launched a major review of its disaster resilience planning, heavy rain and flash floods provided an immediate test of the city’s preparedness.

Honiara Mayor at the time, Andrew Leonard Mua OBE, activated the Emergency Operations Centre as water cascaded down from the highlands above the city, flooding storm water drains, creeks and several roads.

With floodwaters rising, the Mayor told the City’s Disaster Committee – comprising heads of departments, the National Disaster Management Office and police – of the need for quick and informed action.

“It is imperative that we quickly understand the extent of the floods and the areas most affected so that we know what needs to be done and where,” the Mayor said.

Sitting in the council chamber, under the Honiara City crest and accompanying motto ‘To lead is to serve’, the Mayor dispatched rapid assessment teams with a brief to report back in six hours.

As a priority, the teams were told to identify clinics that were open and accessible as well as schools that could operate as evacuation centres in the event the situation deteriorated.

The Solomon Islands Broadcasting Company (SIBC) reported widespread disruption. Many businesses were unable to open because staff could not get to work. Similarly, schools were badly hit as teachers and students were unable to get to their class.

On a positive note, SIBC also told of several spontaneous acts of community self-help: At major junctions, in the absence of traffic police who were responding elsewhere, groups of young people stood knee-high in water directing traffic.

The Solomon Islands Meteorological Service said that 171mm of rain fell in a five and a half hour period in the morning. By late afternoon, as the deluge stopped, the situation stabilized and floodwaters began to recede.

For a time, the event provoked memories of the devastating April 2014 floods in the Solomon Islands capital, population 85,000 people.

That disaster caused 22 deaths and more than $100 million in direct economic losses, approximately 10% of national GDP. 10,000 people were displaced after the Mataniko River burst its banks.