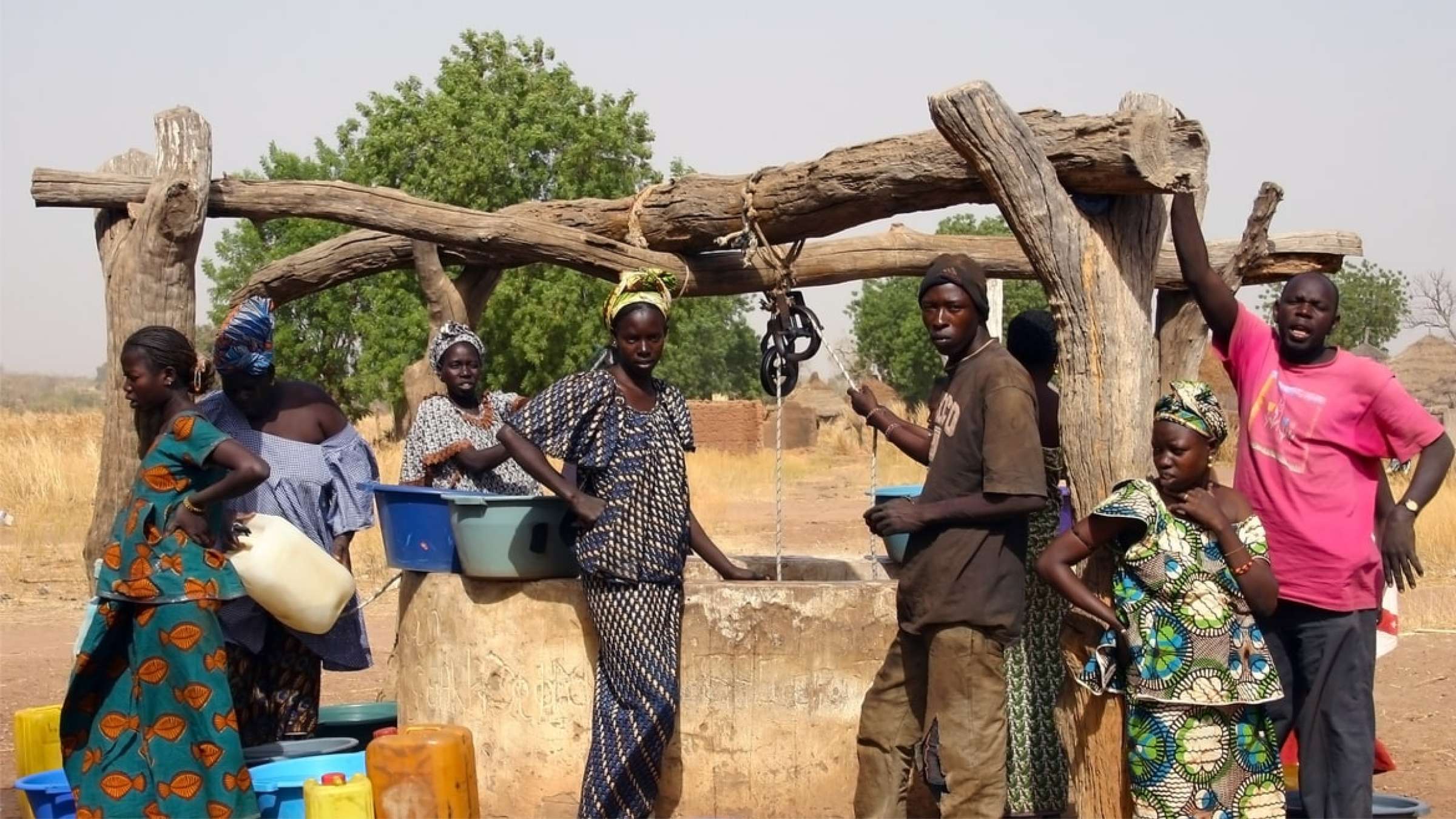 Geneva - Changing precipitation patterns, rising temperatures and more extreme weather contributed to mounting food insecurity, poverty and displacement in Africa in 2020, compounding the socio-economic and health crisis triggered by the COVID-19 pandemic, according to a new multi-agency report coordinated by the World Meteorological Organization (WMO).

The State of the Climate in Africa 2020 report provides a snapshot of climate change trends and impacts, including sea level rise and the melting of the continent’s iconic glaciers. It highlights Africa’s disproportionate vulnerability and shows how the potential benefits of investments in climate adaptation, weather and climate services and early warning systems far outweigh the costs.

"During 2020, the climate indicators in Africa were characterized by continued warming temperatures, accelerating sea-level rise, extreme weather and climate events, such as floods, landslides and droughts, and associated devastating impacts. The rapid shrinking of the last remaining glaciers in eastern Africa, which are expected to melt entirely in the near future, signals the threat of imminent and irreversible change to the Earth system, " said WMO Secretary-General Prof. Petteri Taalas in a foreword.

"Along with COVID-19 recovery, enhancing climate resilience is an urgent and continuing need. Investments are particularly needed in capacity development and technology transfer, as well as in enhancing countries’ early warning systems, including weather, water and climate observing systems, " said Prof Taalas.

The report is a collaborative product of WMO, the African Union Commission, the Economic Commission for Africa (ECA) through the Africa Climate Policy Centre (ACPC), international and regional scientific organizations and United Nations agencies. It is accompanied by a story map which highlights the key messages.

It is being released on 19 October during the Extraordinary World Meteorological Congress and ahead of the UN Climate Change negotiations, COP26. It adds to the scientific evidence about the  urgency to cut global greenhouse gas emissions, step up the level of climate ambition and increase financing for adaptation.

«Africa is witnessing increased weather and climate variability, which leads to disasters and disruption of economic, ecological and social systems. By 2030, it is estimated that up to 118 million extremely poor people (i.e. living on less than US$ 1.90/day) will be exposed to drought, floods and extreme heat in Africa,  if adequate response measures are not put in place. This will place additional burdens on poverty alleviation efforts and significantly hamper growth in prosperity, » said H.E. Josefa Leonel Correia Sacko Commissioner for Rural Economy and Agriculture African Union Commission.

« In sub-Saharan Africa, climate change could further lower gross domestic product (GDP) by up to 3% by 2050. This presents a serious challenge for climate adaptation and resilience actions because not only are physical conditions getting worse, but also the number of people being affected is increasing, » she said in the foreword.

Temperatures: The 30-year warming trend for 1991–2020 was higher than for the 1961–1990 period in all African subregions and significantly higher than the trend for 1931–1960. Africa has warmed faster than the global average temperature over land and ocean combined. 2020 ranked between the third and eighth warmest year on record for Africa, depending on the dataset used.

Glaciers: Presently, only three mountains in Africa are covered by glaciers – the Mount Kenya massif (Kenya), the Rwenzori Mountains (Uganda) and Mount Kilimanjaro (United Republic of Tanzania). Although these glaciers are too small to act as significant water reservoirs, they are of eminent touristic and scientific importance. Their current retreat rates are higher than the global average. If this continues, it will lead to total deglaciation by the 2040s. Mount Kenya is expected to be deglaciated a decade sooner, which will make it one of the first entire mountain ranges to lose glaciers due to human-induced climate change.

Precipitation: Higher-than-normal precipitation – accompanied by flooding - predominated in the Sahel, the Rift Valley, the central Nile catchment and north-eastern Africa, the Kalahari basin and the lower course of the Congo River.

Dry conditions prevailed in the northern coast of the Gulf of Guinea and in north-western Africa and along the south-eastern part of the continent. The drought in Madagascar triggered a humanitarian crisis.

High impact events: There was extensive flooding across many parts of East Africa. Countries reporting loss of life or significant displacement of populations included the Sudan, South Sudan, Ethiopia, Somalia, Kenya, Uganda, Chad, Nigeria (which also experienced drought in the southern part), Niger, Benin, Togo, Senegal, Côte d’Ivoire, Cameroon and Burkina Faso. Many lakes and rivers reached record high levels, including Lake Victoria (in May) and the Niger River at Niamey and the Blue Nile at Khartoum (in September).

Food insecurity: The compounded effects of protracted conflicts, political instability, climate variability, pest outbreaks and economic crises, exacerbated by the impacts of the coronavirus disease (COVID-19) pandemic, were the key drivers of a significant increase in food insecurity. A  desert locust invasion of historic proportions, which began in 2019, continued to have a major impact in East and the Horn of Africa in 2020.

Food insecurity increases by 5–20 percentage points with each flood or drought in sub-Saharan Africa. Associated deterioration in health and in children’s school attendance can worsen longer-term income and gender inequalities. In 2020, there was an almost 40% increase in population affected by food insecurity compared with the previous year.

Investments: In sub-Saharan Africa, adaptation costs are estimated at US$ 30–50 billion (2–3% of regional gross domestic product (GDP)) each year over the next decade, to avoid even higher costs of additional disaster relief. Climate-resilient development in Africa requires investments in hydrometeorological infrastructure and early warning systems to prepare for escalating high-impact hazardous events.

Early warnings: Household surveys by the International Monetary Fund (IMF) in Ethiopia, Malawi, Mali, the Niger and the United Republic of Tanzania found, among other factors, that broadening access to early warning systems and to information on food prices and weather (even with simple text or voice messages to inform farmers on when to plant, irrigate or fertilize, enabling climate-smart agriculture) has the potential to reduce the chance of food insecurity by 30 percentage points.

Adaptation: Rapid implementation of African adaptation strategies will spur economic development and generate more jobs in support of economic recovery from the COVID-19 pandemic. Pursuing the common priorities identified by the African Union Green Recovery Action Plan would facilitate the achievement of the continent’s sustainable and green recovery from the pandemic while also enabling effective climate action.

The State of the Climate in Africa will be released at a high-level event which will highlight the need for urgent climate action in Africa and for coordination and implementation of weather, water and climate-related strategic frameworks to support the continent’s socio-economic development.

WMO wishes to thank all the international partners and individual experts who contributed. A full list is provided in the report.