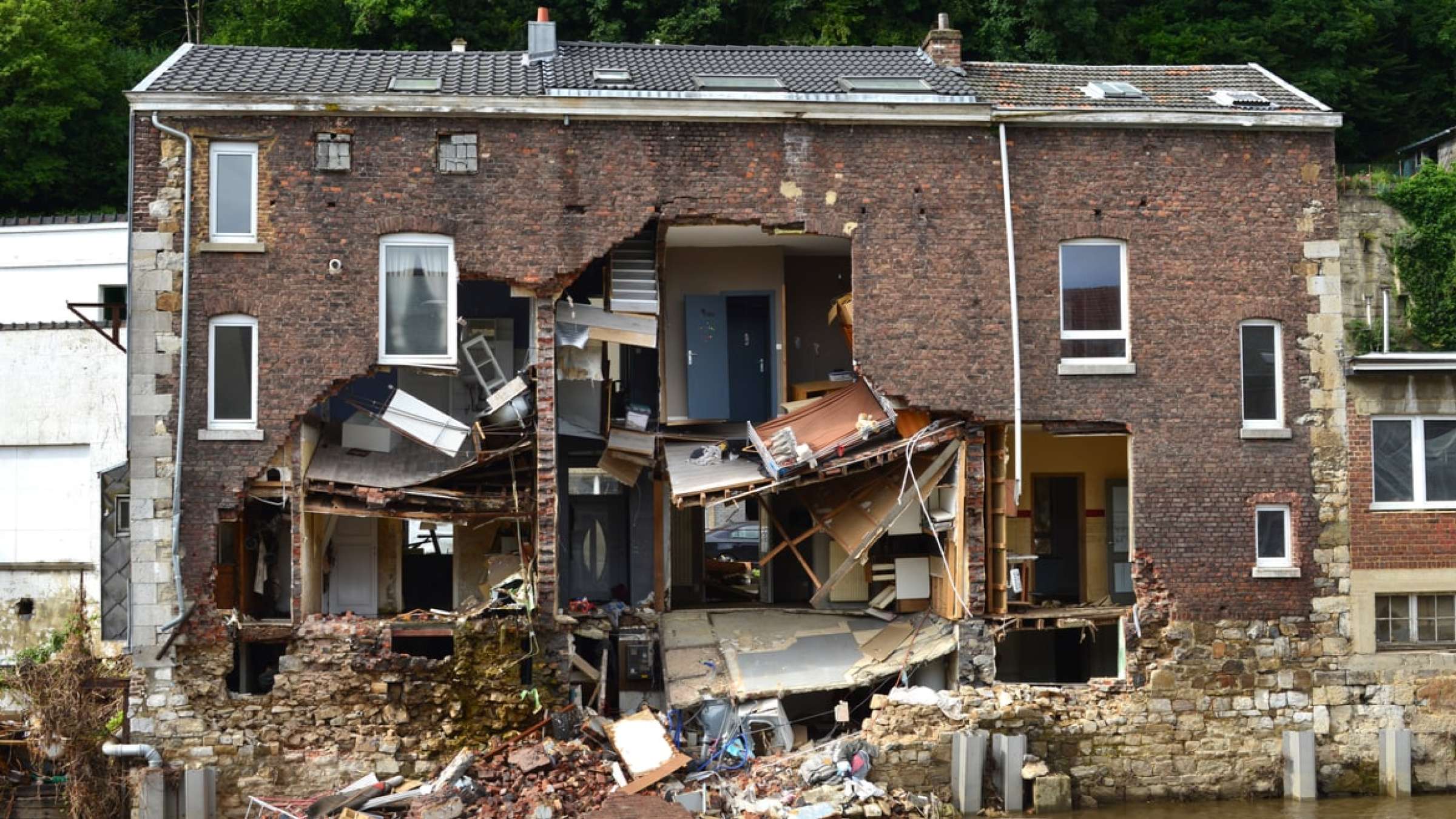 Over the past five decades, disasters related to weather, climate or water hazards, have become a regular occurrence, responsible for the deaths of at least 115 people, and causing $202 million in economic loses every day, according to a new report from the World Meteorological Organization (WMO), launched on Wednesday.

The Atlas of Mortality and Economic Losses from Weather, Climate and Water Extremes (1970-2019) paints a stark reality: climate change and more extreme weather has driven the number of disasters to surge five-fold over the past 50 years.

But the news is far from all bad. Thanks to improved early warning systems and disaster management, the number of deaths decreased almost threefold between 1970 and 2019 - falling from 50,000 in the 1970s to less than 20,000 in the 2010s. the report explains.

“Economic losses are mounting as exposure increases. But, behind the stark statistics, lies a message of hope. Improved multi-hazard early warning systems have led to a significant reduction in mortality. Quite simply, we are better than ever before at saving lives”, said WMO Secretary-General Petteri Taalas.

There were more than 11,000 reported disasters attributed to these hazards globally, with just over two million deaths and $3.64 trillion in losses. More than 91 per cent of the deaths occurred in developing countries.

Of the top 10 disasters, droughts proved to be the deadliest hazard during the period, causing 650,000 deaths, followed by storms that led to 577,232 deaths; floods, which took 58.700 lives; and extreme temperature events, during which 55,736 died.

Meanwhile, economic losses have increased sevenfold from the 1970s to the 2010s, going from an average of $49 million, to a whopping $383 million per day globally.

Storms, the most prevalent cause of damage, resulted in the largest economic losses around the globe.

Three of the costliest 10 disasters, all hurricanes that occurred in 2017, accounted for 35 per cent of total economic disaster losses around the world from 1970 to 2019.

In the United States, Hurricane Harvey caused $96.9 billion in damage, Maria in the Caribbean 69.4 billion, and Irma $58.2 billion in Cape Verde.

“The number of weather, climate and water extremes are increasing and will become more frequent and severe in many parts of the world as a result of climate change”, said Mr. Taalas. “That means more heatwaves, drought and forest fires such as those we have observed recently in Europe and North America”.

More water vapor in the atmosphere has exacerbated extreme rainfall and flooding, and the warming oceans have affected the frequency and extent of the most intense tropical storms, the WMO chief explained.

WMO cited peer-reviewed studies in the Bulletin of the American Meteorological Society, showing that over the period 2015 to 2017, 62 of the 77 events reported, revealed a major human influence at play. Moreover, the probability of heatwaves has been significantly increased due to human activity, according to several studies done since 2015.

The Atlas clarifies that the attribution of drought events to anthropogenic, or human, factors, is not as clear as for heatwaves because of natural variability caused by large oceanic and atmospheric oscillations, such as El Niño climate pattern. However, the 2016-2017 East African drought was strongly influenced by warm sea-surface temperatures in the western Indian Ocean to which human influence contributed.

Climate change has also increased extreme sea level events associated with some tropical cyclones, which have increased the intensity of other extreme events such as flooding and associated impacts. This has augmented the vulnerability of low-lying megacities, deltas, coasts and islands in many parts of the world.

Moreover, an increasing number of studies are also finding human influence exacerbating extreme rainfall events, sometimes in conjunction with other major climate influences. Examples include the extreme rainfall in eastern China in June and July 2016 and Hurricane Harvey, which hit Houston in 2017.

The need for adaptability

Only half of WMO’s 193 member countries have multi-hazard early warning systems and severe gaps in weather and hydrological observing networks exist in Africa, some parts of Latin America and in Pacific and Caribbean island States, the report warns.

“More lives are being saved thanks to early warning systems, but it is also true that the number of people exposed to disaster risk is increasing due to population growth in hazard-exposed areas and the growing intensity and frequency of weather events.  More international cooperation is needed to tackle the chronic problem of huge numbers of people being displaced each year by floods, storms and drought”, said Mami Mizutori, UN Special Representative and head of the Office for Disaster Risk Reduction (UNDRR).

The UNDRR chief warned that the failure to reduce disasters losses as set out in the 2015 Sendai Framework is putting at risk the ability of developing countries to eradicate poverty and to achieve other important Sustainable Development Goals (SDGs).

The Atlas further recommends countries to review hazard exposure and vulnerability considering a changing climate to reflect that tropical cyclones may have different tracks, intensity and speed than in the past.

It also calls for the development of integrated and proactive policies on slow-onset disasters such as drought.