To build back from COVID-19, don’t overlook informal workers 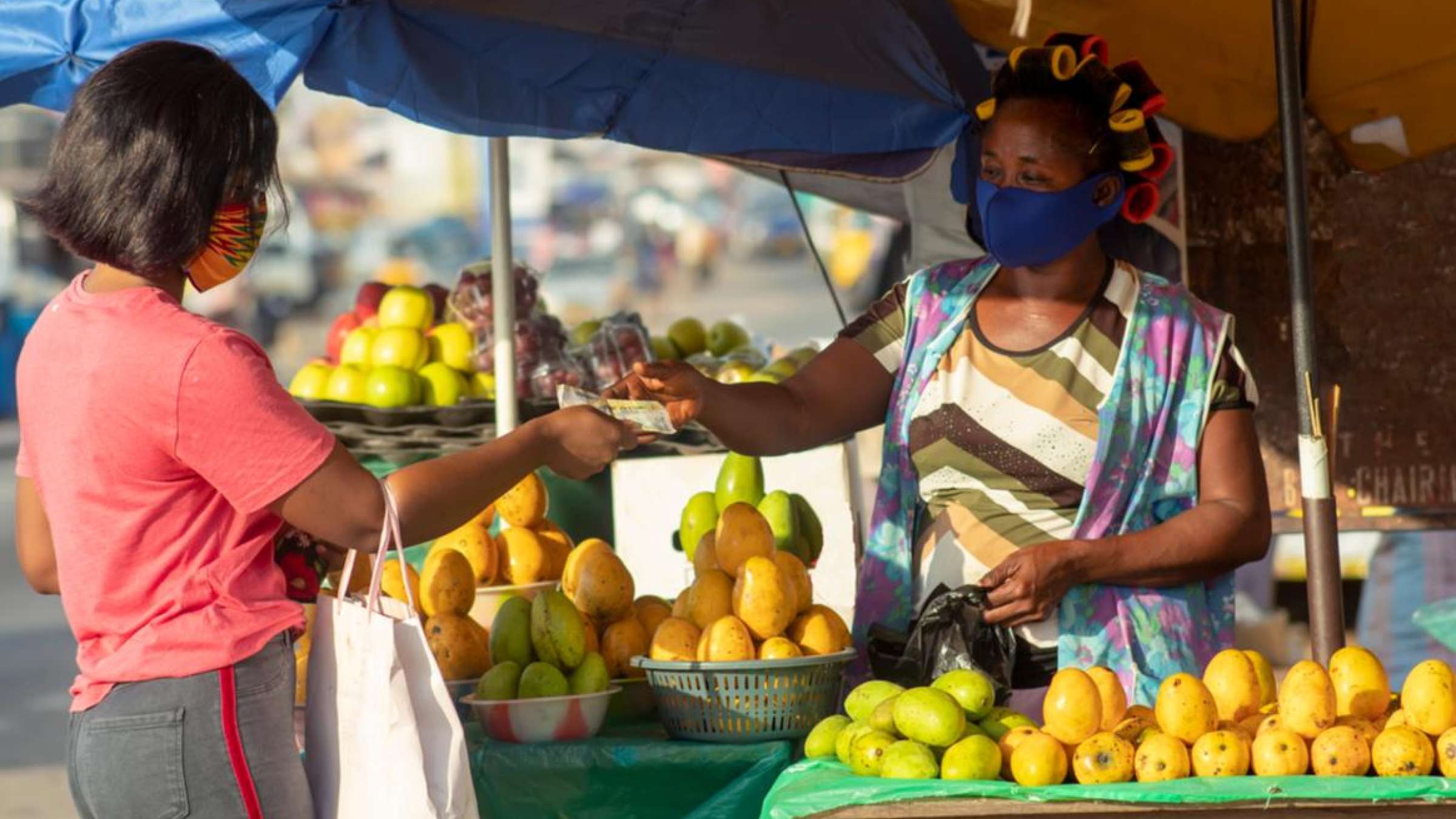 The COVID-19 pandemic has caused widespread health and economic hardship, and it’s occuring in parallel to a year of climate-driven catastrophes.

East Africans face food shortages after the worst locust invasion in 70 years. Cyclone Amphan in eastern India caused an estimated $13.2 billion in damages and left 500,000 people homeless. Malnutrition is rising precipitously in Guatemala, following drought and coronavirus-related shutdowns, a problem compounded by flooding from Hurricanes Iota and Eta that have devastated the other parts of the country.

The economic impacts of both the climate and coronavirus crises will likely be felt most acutely by one group in particular: the more than 2 billion people who rely on the informal sector for their livelihoods.

Of the three in five people globally who work in the informal sector, many are already scraping by in countries with high unemployment. Those living in urban settings may work as street traders or waste pickers; in rural settings, in agriculture or adjacent industries. The informal sector generally operates outside of government systems for income taxation and regulation, making it particularly difficult for workers to access government assistance. Workers in the informal sector often live on the precipice of disaster. They tend to have insignificant savings, so when an emergency like coronavirus or extreme weather events strike, hunger and homelessness often follow.

To help countries deal with the global economic impacts of climate change and coronavirus, WRI’s Sustainable Finance Center is working with officials in the Ministry of Finance in Guatemala, the Ministry of Economy in Fiji, and Ministries of Finance in the Indian states of Tamil Nadu, Madhya Pradesh and Sikkim. In all three of these countries, informal workers make up a majority of the work force — 88% in India, 80% in Guatemala and 60% in Fiji.

As governments and donors design and implement aid programs — including pandemic-related aid and climate finance — targeting the informal sector will be key. Here, we share some early challenges and emerging lessons from our work with ministries.

Why it’s so difficult to reach informal workers with assistance

Even as governments work to stem the worst economic effects of COVID-related shutdowns, it is difficult for governments to reach informal workers and migrants who operate outside the formal economy.

Informal workers often do not have bank accounts, making transferring funds tricky. They may not pay income taxes, making tax breaks useless as a means of support. Government relief efforts and stimulus packages are more likely to reach the formal sector and more privileged segments of countries like Guatemala, Fiji and India, instead of those who need it most — exacerbating existing disparities.

A lack of data on informal workers and where they live further hampers efforts to help. Informal workers often lack a formal address or traceable income, meaning they are more likely to be missed in censuses that inform public expenditure.

Evidence from previous economic downturns shows that those working in the informal sector will suffer longer-lasting economic effects. Climate change will further compound the problem.

Beyond COVID-19’s effects, informal workers pay the highest costs for the impacts of climate change. Informal-sector economic activities are more susceptible to climate-related threats, such as floods affecting informal housing or drought in areas without irrigation. Rural informal workers in India and Guatemala have migrated to cities from regions hit by drought and flood after seasonal work on cash crops dried up.

Given the challenges facing informal workers, it is important to design financial stimuli that keep these often large segments of the workforce in mind. Early lessons are emerging on some ways to do so.

For one, building on existing networks, schemes and institutions will be critical to reach these workers in the short term. In India, current schemes meant to support informal workers and their dependents during normal times are quickly becoming overwhelmed. India’s Mahatma Gandhi National Rural Employment Guarantee Act is the largest social safety net in the country and has experienced a huge surge during the pandemic. Building on these established channels with additional funding can be one of the fastest ways to reach informal workers.

There are some bright spots in terms of government response to coronavirus, which Ministries of Finance and Economy can learn from. For example, in Colombia, the government proactively facilitated the opening of 2 million bank accounts for those who previously had none to allow more people to receive social assistance digitally rather than in person.

There are also areas where climate finance could be channeled to not only prepare for climate impacts, but address current health needs. In India, more than 40,000 government health facilities, many in remote locations that serve informal agricultural workers, lack electricity. International and domestic climate finance — for example, from the global Green Climate Fund or, domestically, the National Adaptation Fund on Climate Change — can be used to develop renewable energy systems that power health facilities. These projects could make the health care system more resilient while expanding energy access in an environmentally sustainable way.

Informal workers who have moved to cities in Guatemala often live in settlements without basic infrastructure and services. In these settlements, 18% of the population lacks access to municipal water, while another 9% face water shortages as the pandemic disrupts normal distribution of water by tankers. In addition, 260 of the 314 informal settlements near Guatemalan cities are exposed to physical risks including landslides that are becoming more acute due to climate change. Climate finance-funded projects focused on water security and upgrading of informal housing in Guatemala would build dual resilience to climate impacts and health crises.

The paradox of prevention

The severe, swift impact of coronavirus has been a reminder of the precarious living situations of those who rely on informal commerce and the need to better protect them from economic shocks.

Pandemics and climate change share a paradox of prevention. Public investments in long-term resilience to shocks require foresight by leaders and are ultimately politically difficult since disaster prevention may not show immediate and obvious impacts. But this crisis shows that the most cost-effective way to prepare for disasters is through prevention and preparation, including for the most vulnerable people.

A year ago, the Global Commission on Adaptation calculated that $1.8 trillion in investments in adaptation finance were needed from 2020 to 2030 to save $7.1 trillion in negative impacts from climate change, such as infrastructure collapse, decreased food production and lost income. While that sounded ambitious at the time, central banks and governments have now rolled out more than $15 trillion and counting in stimulus to rectify economic shocks of the pandemic. The need for resilience investments that are inclusive, address multiple risks and are tailored to the context is more pressing — and obvious — than ever. It is imperative that these investments leave no one behind — especially the billions who rely on the informal sector.

Since February 2019 the WRI Sustainable Finance Center has entered into three-year partnerships with the Ministry of Finance in Guatemala and the state-level Ministries of Finance in Madhya Pradesh, Sikkim, and Tamil Nadu in India. These partnerships are focused on mainstreaming adaptation and increasing their access to and utilization of climate finance.