Amplifying the voices of women: Towards a gender-responsive midterm review of the Sendai Framework 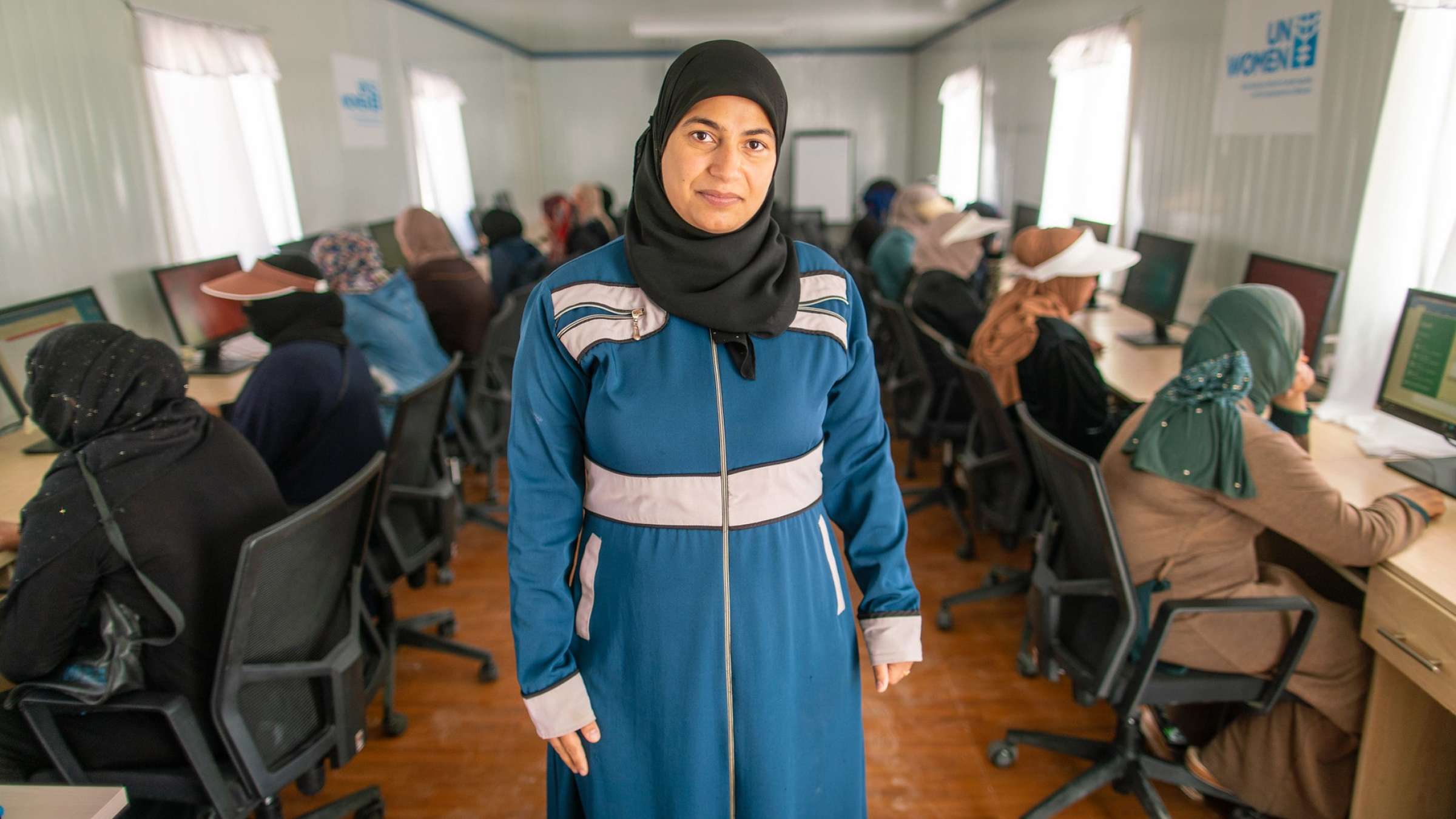 UN Women/flickr (CC BY-NC-ND 2.0)
“Moving ahead to 2030, we hope to see more and more women becoming agents of resilience.”
– Special Representative of the Secretary-General for Disaster Risk Reduction Mami Mizutori

At the margins of the sixty-sixth session of the Commission on the Status of Women (CSW66) in New York, UNDRR and partners hosted an event focused on the importance of a gender-responsive midterm review of the Sendai Framework, and amplifying the voices of women working in disaster risk reduction.

CSW66 is the first time that disaster risk reduction is considered within the priority theme of the CSW. As described by Ambassador Ishikane Kimihiro, Permanent Representative of Japan to the United Nations in New York, CSW66 “provides an opportunity for us to revitalize the discussion on the ways in which gender equality can help reduce disaster risk.”

The COVID-19 pandemic has brought increased focus to the importance of reducing exposure and vulnerability to disasters. As expressed by State Secretary, Ministry of Foreign Affairs, Ms. Bjørg Sandkjær, “the COVID-19 pandemic has demonstrated the ways in which gender inequalities are exacerbated during disasters, proving once again that we must address prevailing gender-based inequalities that drive vulnerability,” speaking on behalf of the four co-chairs of the Group of Friends for Disaster Risk Reduction, Australia, Indonesia, Norway and Peru.

At the event, government representatives including from national disaster management agencies and city governments, and speakers from civil society, and the private sector highlighted the importance of integrating a gender-lens across the implementation of the Sendai Framework’s 4 Priorities for Action.

Reducing disaster risk and building resilience must occur before disaster strikes, and should not only be targeted at large events, but also everyday disasters that undermine coping capacity over time, impeding the achievement of the 2030 Agenda. In her remarks, Mayor Yvonne Aki-Sawyerr of Freetown, Sierra Leone underscored this message. She recognized the role that urban planning and development play in preventing the creation of new risks and reducing existing risk “in actually building your urban environment of disaster risk.” She elaborated on the #TransformFreetown campaign in her city, which aims to support development, and how reducing underlying vulnerability and exposure is integrated across sectors: “to build resilience we need to ensure that we have a multi-stakeholder, multi-sectoral approach which really goes to those underlying causes.”

“We have to bring forward the women agenda while we are taking decisions on disaster management,” said Mr. Ahmadul Haque, Director of Bangladesh’s Cyclone Preparedness Program. Under his leadership, the organization has significantly enhanced women’s participation in disaster risk management, which led to the Cyclone Preparedness Programme to win the United Nations Public Service Award for ‘Promoting gender-responsive public services to achieve the SDGs’ in 2021.

Sharon Bhagwan-Rolls of the Shifting the Power Coalition added her voice to the call for women to be included at all stages of disaster risk reduction planning, implementation, and resourcing, recognizing that “going forward, for women with disabilities, for young women, for traditional indigenous women leaders living on the coasts and mountains we’ve got to not just have plans but we’ve got to have very critical plans that are resourced, organized, and operationalized with us.”

Speakers discussed the importance of involving women in all aspects of disaster risk reduction, including financing. “We need to make sure that affected women and communities are heard and participate as equals in financial decision-making and in the implementation,” said Liane Schalatek, the Associate Director of the Washington Office of Heinrich Böll Stiftung. Speaking to the important actions that women can take to reduce vulnerability and exposure, she added “they should have the financing to do those things that they need to do and that they can do and through participatory monitoring giving them a much stronger voice in actually saying where things go in the right direction and raising red flags where they don’t.”

Moderator Virginia Murray of  UK Health Security Agency recognized the role of women in science, spotlighting the work she has spearheaded on the UNDRR/International Scientific Council Sendai Hazard Definition and Classification Review Technical Report, which provides a common set of hazard definitions for monitoring and reviewing implementation which calls for “a data revolution, rigorous accountability mechanisms and renewed global partnerships.”

Looking forward to the 2022 High-level Political Forum, at which Sustainable Development Goal (SDG) 5 (gender equality) will be reviewed, it is clear that gender-responsive risk governance, programs, and financing; and women’s leadership in disaster risk reduction are key enablers to achieve SDGs by 2030.

The midterm review of the Sendai Framework commenced in October 2021 and will conclude with a High-level Meeting of the General Assembly on 18 and 19 May 2023 in New York. Supplementary recommendations and guidance for a gender-responsive midterm review has been developed by UNDRR, UN Women and UNFPA.